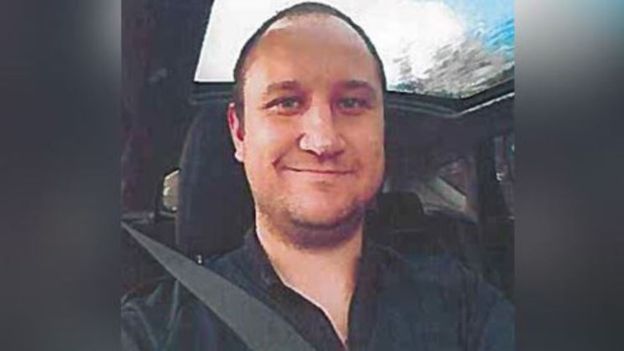 Ian Naude, a predatory paedophile, who became a PC and went on to rape a 13-year-old

The police watchdog has warned that forces are not doing enough to prevent officers abusing their position of power for sexual purposes. A report released on Friday by Her Majesty’s Inspectorate of Constabularies, Fire and Rescue Services (HMICFRS) details failings in forces’ vetting of police staff, as well as the scale of the problem of sexual abuse by officers. According to the inspectorate, approximately 35,000 people did not have the required levels of vetting including officers and staff as well as contractors and volunteers.

The report highlighted that vetting, described by the inspectorate as the first line of defence against corruption, was inaccurate and inconsistent. National vetting standards were put in place in 2006 in order to improve police background checks.

This latest report found that 17 police forces have unvetted staff forming more than 13% of their workforce. This rose to 37%, 42% and 52% for the Metropolitan, Thames Valley and West Midlands police forces respectively. Five further police forces were unable to provide any information about the vetting of staff members. Concerns have been raised that those who joined the police force prior to the 2006 guidelines may never have had any background checks completed.

In the three years up to the end of March there were 415 referrals to the Independent Office for Police Conduct (IOPC) relating to the abuse of position for a sexual purpose. Almost a quarter of all referrals to the anti-corruption unit at the IOPC related to sexual abuse of a vulnerable person by police staff during the same period. The National Crime Agency (NCA) has described this as a ‘major threat’to UK law enforcement.

‘We have been urging the police to act on this issue for some years now,’commented HM Inspector of Constabulary Zoe Billingham. ‘Many forces have listened and are already making changes. But I’ve been deeply disappointed to find that others have, after all this time, still not put some basic measures in place.’

This report comes less than a year after a Cheshire Constabulary PC was jailed for 25 years for the rape of a 13-year-old girl. Ian Naude was being investigated for sex offences when he became a student officer in April 2017. His appointment was delayed from January to April following a rape allegation against him. Naude was allowed to join the force when no further action was taken in the case.

Billingham said that it was important to recognise that ‘this sort of abuse of power is thankfully incredibly rare, and the vast majority of officers and staff are dedicated public servants who would never contemplate this inexcusable behaviour’.

Meanwhile a second HMICFRS report also released on Friday graded Cleveland police as inadequate in all three areas of assessment. This is the first time a police force in England and Wales has been judged as such. The report forms part of the ongoing annual assessment of police effectiveness, efficiency and legitimacy (PEEL reports). HM Inspector Matt Parr commented that ‘these results are so worrying that we have chosen to publish the report sooner than we originally planned’.

The report is particularly critical of the force’s handling of crime prevention and vulnerable people, and states that ‘the inappropriate behaviour of senior leaders within Cleveland is so profound that it is affecting the efficiency and effectiveness of the force’.

Cleveland’s Police and Crime Commissioner, Barry Coppinger speaking on Radio 4 on Friday said ‘there have been a small minority of people over a period of time who have not behaved appropriately and have let the force down”’

This comes two years after Cleveland police were found to have unlawfully tapped the phones of two journalists under the guise of the anti-terror legislation, the Regulation of Investigatory Powers Act.