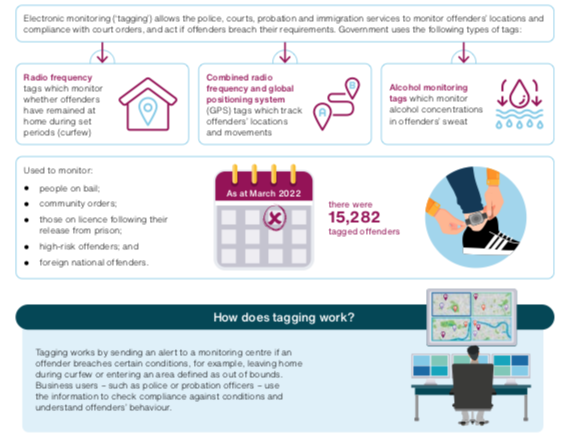 The Government’s unsuccessful attempts to transform electronic monitoring have wasted £98 million of taxpayers’ money, according to a report by the government’s spending watchdog. Efforts to upgrade HM Prison and Probation Service’s (HMPPS) tagging programme ended in March following the scrapping of the Gemini case management system last year.

The National Audit Office (NAO) reported that it was unclear after a decade, with £153 million spent on the transformation programme between 2011-12 and 2021-22, whether electronic monitoring is effective in cutting reoffending. The Ministry of Justice, which oversees HMPPS, launched plans in 2011 to overhaul the tagging programme. But the NAO report found it ‘did not manage the implications of its complex delivery model effectively’.

The watchdog said the decision in August 2021 to terminate a contract with outsourcing firm Capita to develop Gemini was prudent to avoid further losses to taxpayers. But it added that ‘evidence on the effectiveness of tagging remains weak, particularly on reducing reoffending and diverting offenders from prison’.

The report said HMPPS and Capita ‘contributed to severe delays’ to the transformation programme. It recommended improvements including setting realistic expectations for expansion and better evaluation of the effectiveness of electronic monitoring.

Tagging was introduced in 1999 and is most commonly used as part of bail, community orders or licence conditions for prison leavers. The NAO reports a 36% increase in the number of tagged individuals over the last five years with around 15,300 offenders by March this year. The use of tagging as a condition of bail ‘increased markedly’ in the wake of the pandemic prompting a 47% increase in cases since around the first national lockdown. As part of the prisons service’s tagging expansion programme it is anticipated that another 6,000 individuals will be monitored by the end of 2024. 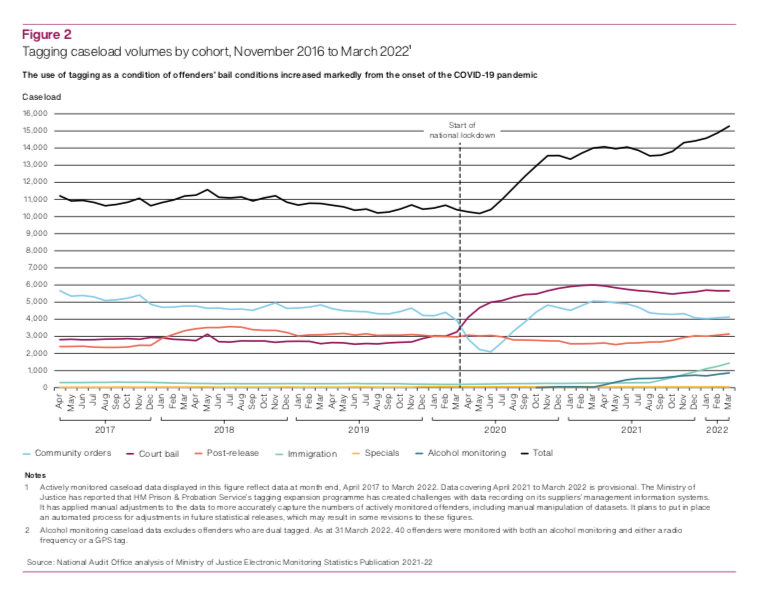 The watchdog said HMPPS had identified lessons to be learned from the programme and was better placed to avoid repeating past mistakes.

But Gareth Davies, head of the NAO, said: ‘HMPPS has extended tagging to new groups of offenders, but it has not achieved the fundamental transformation of tagging services it intended.

‘Significant work remains to strengthen the evidence base and understand the impact of electronic monitoring on reoffending. HMPPS must learn lessons so it can deliver a reliable, responsive and cost-effective service that protects the public.’

Our print magazine is Proof. Contributors include Michael Mansfield QC, Bob Woffinden, David Rose, Eric Allison and Ian Cobain.
Buy Proof Magazine
The latest issue (Why legal aid matters) includes Helena Kennedy QC and Martha Spurrier in conversation, David Conn on the legacy of Hillsborough - plus how to build your own law centre.
Chris is a national newspaper sub-editor of ten years moving into law