Dutch justice: how a run of cases have shaken confidence in the courts

Dutch justice: how a run of cases have shaken confidence in the courts 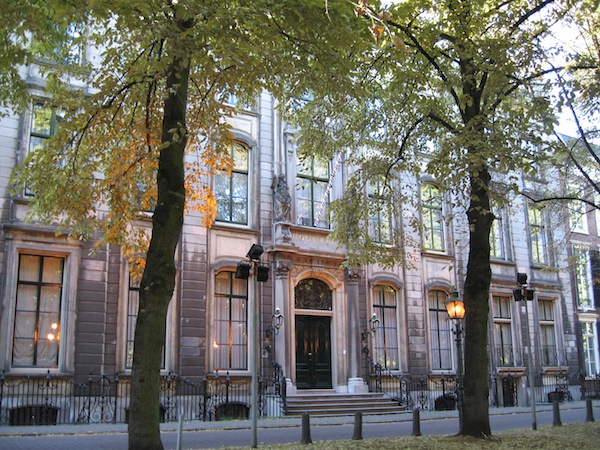 Until a few years ago the phrase ‘miscarriage of justice’ was rarely heard in the Netherlands, writes Gordon Darroch. But a handful of high-profile cases have put the country’s justice system under the spotlight and raised questions about how its judges should be judged.

Perhaps the most notorious was the conviction of Lucia de Berk, the nurse jailed in 2004 on seven counts of poisoning hospital patients who died in her care. The case against her was based on the low statistical likelihood of such a large number of deaths occurring naturally.

After being branded for six years as the Netherlands’ worst serial killer, De Berk’s conviction was quashed in 2010 after a re-examination of the evidence found all the deaths could be explained by natural causes.

Later that year another nurse, Ina Post, was cleared after a 23-year fight to overturn her conviction for strangling an 89-year-old woman in her care. Other recent cases include the ‘Putten Two’, wrongly jailed for the rape and murder of a stewardess in a Gelderland village, and Kees B., found guilty of murdering a 10-year-old girl in a park in Schiedam on the basis of a false confession.

The most recent case to come to light, the Breda Six, has a narrative which will be familiar to anyone who has followed miscarriage of justice cases around the world: evidence withheld, confessions made under duress and an investigation that blindly followed a false trail.

In 1993 a 56-year-old grandmother was killed in a Chinese restaurant in the southern city of Breda. She had been strangled and battered with a wok. Whoever killed her also made off with the takings from the restaurant’s gambling machine.

Police initially had little to work on until they received an anonymous tip-off that led them to three young women from Breda and Oosterhout.

The trio, aged between 19 and 21, were questioned at length until they confessed to being involved in the crime. In doing so they incriminated three men from Breda, all aged 19, of Turkish, Moroccan and Surinamese origin.

The case came to the attention of Peter van Koppen, a professor of legal psychology who specialises in miscarriage of justice cases.

Van Koppen is the founder of the Gerede Twijfel (‘reasonable doubt’) project at Maastricht University, leading a team of law students who re-examine dubious convictions.

Van Koppen says it was obvious from an early stage that the convictions were unsafe. ‘That conclusion became apparent fairly quickly, because the core of the evidence, the statements of the three girls, was so clearly shaky in every aspect,’ he explains.

As well as contradicting each other, the women’s confessions contained ‘bizarre’ details that should have set alarm bells ringing. They spoke of banknotes being stolen from the restaurant’s fruit machines, even though the coin-operated equipment contained no paper money.

In addition, a bloodstain from the crime scene revealed that a single killer was responsible for the murder. The DNA profile pointed to a man of south-east Asian origin, which appeared to rule out the three suspects.

Withheld evidence
Statements from other witnesses later emerged which police had withheld at the time of the trial. Two of the men had alibis for the killing, but two girls who gave alibis for one of the suspects were charged with perjury.

Van Koppen passed his findings on to the College van Procureurs-generaal, the administrative body for senior prosecutors, which referred it to the Commission for the Evaluation of Concluded Cases (CEAS). The commission was set up in the wake of the Schiedam murder to review apparently unsafe convictions.

Reopening cases takes time and effort. A new police team must be delegated to review the evidence under the supervision of a prosecutor. ‘Regional police forces aren’t exactly jumping to put their best researchers on these cases,’ Van Koppen says. ‘In addition, there is technical research to be carried out and the Dutch Forensic Institute (NFI) isn’t the quickest. It all costs time, but I still think it could have been dealt with faster.’

The Supreme Court is due to rule on the Breda case in December after considering the evidence. If, as expected, the conviction is deemed to be unsafe, the case will be sent back to a lower court for a new trial. ‘That will take another year to 18 months,’ says Van Koppen.

His research team outlined their findings in a book, De dood in het Chinese restaurant, published in 2008. ‘I don’t know whether these people are innocent,’ stresses Van Koppen. ‘What I do know is that they were convicted without evidence.’

It inevitably raises the question of how many more such cases there may be in the Dutch justice system. Geert-Jan Knoops, who represented the three men in the Breda case, said the number of victims of miscarriage of justice ‘may be far higher than we have been inclined to think’.

Van Koppen says the exact number is impossible to quantify. ‘There are certainly many more innocent people who have been convicted. How many? We don’t know. It’s something you can debate for a long time and we have these discussions in my line of work, but they are basically fruitless.’

Cases for review
The establishment of the CEAS has led to a number of cases being reopened. The Breda case set another precedent: it is the first time a conviction has been revisited at the request of the attorney-general rather than a defence lawyer.

Van Koppen, who has campaigned in the past for an independent standing commission to be set up along the lines of the Criminal Cases Review Commission in England and Wales, says it is a step in the right direction.

‘We lobbied hard for a Dutch version of the CCRC, but lost the argument in the Lower House of Parliament. The debate is over. There is now a procedure for the attorney-general to go to the Supreme Court and in practice that will be very similar to the CCRC.’

On the question of whether it will speed up the process of rectifying judicial mistakes, Van Koppen says it depends on how the system is implemented. ‘At the moment it’s common practice for all kinds of police personnel to become involved, but in many cases that’s not necessary. It might be possible to assign a permanent police team to the attorney-general. We will have to see how it works out. But it will never be possible to have everything done and dusted within a month.’

What links nearly all the Dutch miscarriage of justice cases, like those elsewhere, is that at some point in the investigation the evidence is selected or distorted to fit the prosecution’s interpretation of events. Once a flawed narrative is widely accepted, the pressure to justify it becomes all-consuming.

Van Koppen says this is the real lesson to be learned from such cases. ‘An institution won’t prevent miscarriages of justice. That’s achieved by judges looking critically at the evidence.’

This articles first appeared on www.amsterdamherald.com.

Our print magazine is Proof. Contributors include Michael Mansfield QC, Bob Woffinden, David Rose, Eric Allison and Ian Cobain.
Buy Proof Magazine
The latest issue (Why legal aid matters) includes Helena Kennedy QC and Martha Spurrier in conversation, David Conn on the legacy of Hillsborough - plus how to build your own law centre.
Gordon is a journalist and blogger.