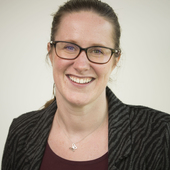 Women around the world tend to receive less severe sentences than men. But my new research has found that women are twice as likely as men to receive harsher sentences for assault offences when intoxication is a contributing factor.

Sentencing guidelines for assault published in 2011 set out that both alcohol and drug intoxication may aggravate an offence on the basis of its seriousness. However, any justification for this position is surprisingly absent in sentencing guidance. The Sentencing Council also offers little practical direction on the extent to which alcohol intoxication should aggravate sentence outcomes, for whom, and in which contexts.

In my study, I analysed 30,861 sentences for assault offences detailed in the Crown Court Sentencing Survey. This paper-based survey is completed by judges passing sentences in the Crown Court in England and Wales and collects information on the factors taken into account by a judge in working out the final sentence for an offender. The sentences I analysed were handed out by judges between the second quarter of 2012 and the end of 2014.

Using an example of an offence of actual bodily harm, I found the probability of a custodial sentence was lower for women than for men – both when sober and intoxicated. But when intoxication was cited as an aggravating factor it didn’t have the same impact for male and female defendants. The aggravation – the increase in probability of a custodial sentence – applied by the judge was 13.4%, over twice that applied to male defendants at 5.7%.

There is evidence from around the world that women are judged more harshly by sections of society for their alcohol intoxication than men and my findings seem to suggest that punishment is amplified in cases where women are drunk when committing an offence.

This is likely due to both criminal behaviour and intoxication violating traditional conceptions of womanhood. For example, men drinking and engaging in assaults may be seen as ‘boys being boys’, whereas women might be expected to conform to different standards of behaviours for both their drinking and violation of the law. In turn, this may impact sentencing decisions by some judges.

Data underpinning the government’s recent female offender strategy recognised that a higher proportion of women have alcohol misuse needs (35%) compared to men (20%) when assessed by offender managers and supervisors. This is also the case for drug misuse needs – 40% versus 37%. Addressing substance misuse problems is therefore one of seven identified priority areas in the strategy, with a particular focus on class A drug use, binge and chronic drinking. The strategy also points to evidence that a gender-informed approach that addresses the causes of women’s offending is more effective than a gender-neutral approach when it comes to rehabilitating female offenders.

Yet sentencing guidelines apply to both male and female defendants, and aim for equality of sentencing. While these guidelines are aimed at reducing bias, they may indirectly standardise outcomes in a way that is contrary to gender equality and the ideals of social justice. For example, criminologists in the US have suggested that the adoption of sentencing for a fixed time period rather than a range of time could bring about a corresponding “equalisation” of justice resulting in higher female incarceration rates.

These policy tensions are especially important as the UK government has made limited progress to meet recommendations about a proportionate, integrated criminal justice system for women, set out in the 2007 Corston report.

Intoxication remains a controversial part of the way sentences are handed out, and my research suggests judges’ decisions about its influence do not have a uniform impact on sentencing outcomes for men and women. Worryingly, the Sentencing Council has ended the Crown Court Sentencing Survey which tracks data on this and other issues relating to differential sentencing for male and female defendants. It may want to consider issuing further guidance as to how intoxication ought to be applied in determining sentence outcomes for both men and women.

This article was previously published on the Conversation site here.

Our print magazine is Proof. Contributors include Michael Mansfield QC, Bob Woffinden, David Rose, Eric Allison and Ian Cobain.
Buy Proof Magazine
The latest issue (Why legal aid matters) includes Helena Kennedy QC and Martha Spurrier in conversation, David Conn on the legacy of Hillsborough - plus how to build your own law centre.
Senior lecturer in criminology, University of Liverpool