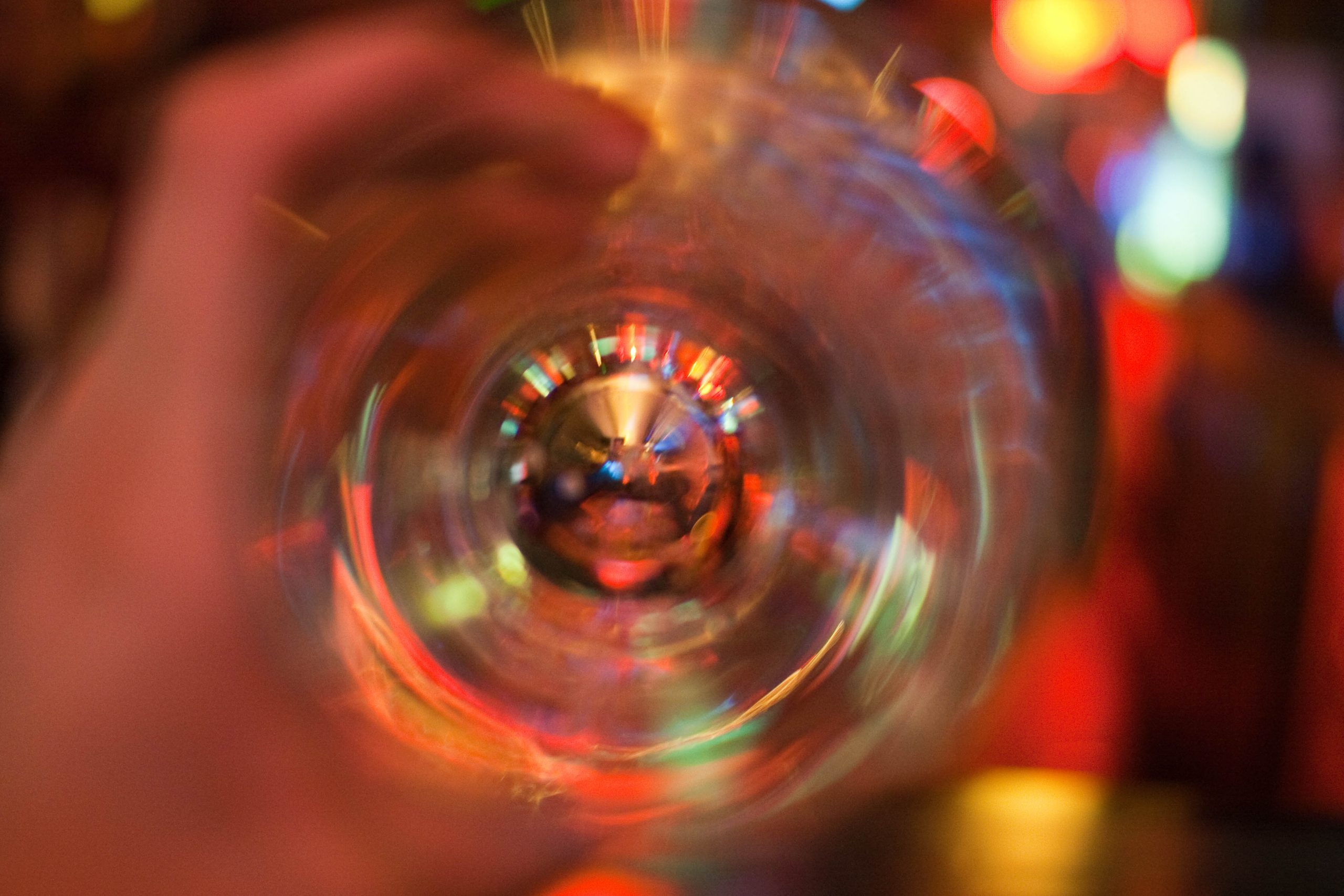 Oh dear. Someone at the Association of Chief Police Officers (ACPO) seems to have been enjoying a tipple in the office whilst drawing up their latest policy wheeze. And, the illicit hooch seemingly having gone straight to his head, last week he was found shouting and brawling about the idea in radio stations. Pic from Flickr by Raquel Van Nice, under a Creative Comms licence.

His name is Adrian Lee, chief constable of Northamptonshire and the ACPO lead on alcohol abuse. And last week he chose to big up the launch of an otherwise eminently sensible ACPO campaign highlighting the impact of excessive social drinking, by calling for inebriated revellers to be held overnight in so-called drunktanks “owned by a commercial company, that will look after them during the night”.

Then, in the morning, when “they are sober”, explained the clearly intoxicated Mr Lee, [the police] will issue them with [an £80] fixed penalty and the company will be able to charge them for their care, which would be at quite significant cost”. Indeed, as the Daily Telegraph and Daily Mail dutifully noted, this could be in the region of £400, quite possibly more.

In the drunktank
Chief Constable Lee says that he cannot see ‘why the police service or the NHS should pick up the duty of care for someone who has chosen to go out and get so drunk that they cannot look after themselves’. And he’s not the first to think along such lines: the police and crime commissioner (PCC) for Humberside, Matthew Grove, has led the charge for such drunktanks to ease the strain on police (though his counterpart for Hertfordshire, David Lloyd, also claims credit for the idea), and David Cameron indicated his tentative support in February last year. Westminster Council and the London Ambulance Service even tried out the idea over Christmas in 2010, albeit along the somewhat different lines of the Sobering Centre in Santa Barbara, California, which has taken drunken revelers off the hands of the city police since 1994 but is financed by the city council, with no charge to those who sober up there overnight.

Now, at this point, before anyone accuses me of being ‘soft on crime’ or ‘supporting drunken hooligans’, it is worth making a few things clear. Binge social drinking and cheap alcohol-fuelled disorder are serious social problems that, as Peter Hetherington argues forcefully in the Guardian, have been ‘sidelined by a government that has caved in to the drinks industry’. Chief Constable Lee is not the first to suggest that the cost to the NHS alone is some £2.7 billion, and the total cost of alcohol-related crime some £11 billion.

However, even if we accept these figures – and, as ever, the good people at Full Fact suggest that we might want to do so with just a wee pinch of salt – it is also the case that, each year, HM Treasury rakes in some £16 billion in alcohol duty and VAT.

In short, HMG is making a tidy profit on all that binge drinking, so could perhaps afford – as could the drinks industry – to put a bit more money into the local services that have to deal with the mess.

But what struck me most about Mr Lee’s media binge was the fact that a chief constable should think the ‘solution’ to alcohol-fuelled disorder is to hand the private sector an opportunity to profit from incarcerating people who, by definition, will be both at risk of serious harm and not fully cognisant of their situation (let alone their civil rights). Indeed, I find it deeply worrying that such a senior public servant should not have seen the deep flaws in the idea, long before hitting the airwaves to launch an otherwise laudable campaign.

And, assuming that the answer to the last question involves the £400+ charge that the drunktank company would levy, on what legal basis would the company pursue and enforce payment of that sum?

This last question was in fact the first that sprung to my mind when I read of ACPO’s drunktanks proposal. Because the whole idea of private sector drunktanks, run for profit, smacks of an existing get-rich-on-the-back-of-an-intractable-social-problem scheme: so-called civil recovery. This involves shadowy agents acting for major retailers such as Boots and Tesco sending out legalistically-worded demands for ‘compensation for the cost of dealing with the incident’ to tens of thousands of teenagers and others accused (but not necessarily guilty) of petty shoplifting, with threats of county court action and associated extra costs if the sum demanded – usually a pre-determined, fixed sum of £87.50, £137.50 or £150 – is not paid.

In response to two reports on civil recovery, in 2009 and 2010, for Citizens Advice (by yours truly) the retailers and their agents claimed that the civil law of tort provided a county court-approved legal basis for their practice. However, this unsubstantiated claim fell apart in May 2012, when a ‘test case’ initiated by an agent and its retailer client ended in Oxford County Court.

It occurs to me that ACPO’s drunktank companies would face much the same problem. Come the morning after, few if any drunktank inmates would have £400 in their pockets, even if they’d set out with such a wad of cash the evening before. So the drunktank companies could do little more than issue them with a meaningless piece of paper saying ‘you owe us £400’ and, well, hope for the best.

Whatever, all Chief Constable Lee and his ACPO colleagues had to do was listen to their own front-line officers. Back in February 2012, after David Cameron had boosted talk of drunktanks, the Police Federation, which represents the grassroots officers actually doing the policing of town and city centres blighted by alcohol-fuelled disorder, condemned the idea as ‘a dangerous gimmick’. And, last week, the Federation again warned that the proposal ‘throws up more questions than answers’.

Which matters, because by using a patently daft proposal to big up its campaign, ACPO squandered an opportunity to advance more credible and practicable reforms, such as simply increasing the amount of a fixed penalty for drunken behaviour. The curious incident of ACPO and their drunktanks would appear to be yet another case of lions being led by donkeys.

One response to “A drunk & disorderly policy: making money from binge-drinkers”

Identifying and protecting human trafficking victims
Concern over 'corrosive effect' of police…
HMP Erlestoke: Prisoners held in cells without…
U-turn over law on bail to protect victims of…
The lingering DBS footprint of false allegations