Doing it Yourself: litigants in person in the post-LASPO family court 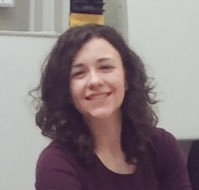 Doing it Yourself: litigants in person in the post-LASPO family court

The reforms to legal aid in England and Wales have been the subject of significant controversy since their implementation under the Legal Aid, Sentencing and Punishment of Offenders (LASPO) Act in April 2013. In my recently completed doctoral research, I examined the ways in which this has marked a fundamental shift in how different people are now able to access and use law – particularly in private family law. For this project, I interviewed 23 individuals about their experiences of using the family court without legal aid as a litigant in person (LIP), and explored the significant barriers to justice which now exist in the absence of legal aid.

Of course, the system of legal aid was never perfect – in practice, there was always a not-insignificant margin of individuals in the middle who earned too much to be eligible for legal aid, but still could not afford to pay for their own lawyer. Post-LASPO, however, funding for advice and representation in private family law is available only in exceptional circumstances of domestic abuse. In practice, this means that this margin has been expanded to incorporate the majority – including those on extremely limited incomes, and those contending with learning difficulties, mental health issues and domestic abuse which cannot be evidenced under the current criteria.

This shift from widespread availability of support to exceptional provision of funding is a common approach taken by recent governments in order to limit state expenditure, particularly on public services which promote social welfare, which have been simultaneously de-prioritised under the current austerity-driven political landscape. For instance, alongside LASPO, one of the most drastic reforms to welfare implemented by the Cameron-Clegg coalition government was the Welfare Reform Act 2012. Under this statute, the government introduced restrictive approaches to eligibility for state-funded support by introducing mechanisms such as Universal Credit, the imposition of ‘benefit caps’ and the replacement of Disability Living Allowance with Personal Independent Payments. According to the 2010 Conservative party manifesto, this change was part of a shift ‘from big government to Big Society’. This idea of a ‘Big Society’ was politically powerful, because it enabled policy to endorse individual responsibility and stigmatise the idea of state dependency. LASPO, therefore, was underpinned by a strong political urge for individuals to – in the words of the Ministry of Justice – ‘take greater responsibility’ for their own legal problems, and to expect to be able to rely on legal aid only in exceptional circumstances.

Shift from advice to information

In a post-LASPO context, therefore, people who need to access and use family law – for instance, in order to settle disputes about where a child should live or how much time they should spend with each parent – must do so without guidance. Legal aid would traditionally have provided individuals with a starting point from where to understand their practical options, as well as the means to pursue those options if necessary. However, without this early legal advice, many are not informed about the benefits of mediation, or indeed about the potential legal protection available to them through the courts.

Instead, LIPs are left to seek free or pro bono legal advice which is occasionally offered by law firms, or assistance from free face-to-face or online support. The burden to facilitate participation in the family justice system is therefore falling to many underfunded, overburdened organisations like the Personal Support Unit, Citizens Advice Bureaux, and domestic abuse services such as Rights of Women and Women’s Aid. Similarly, there is an increasing wealth of online support being developed to support LIPs by giving information about different court orders, what to expect at court, and how the court process works. However, without legal aid funding, what is on offer for most is not advice, but information – and even that may be difficult to come by.

In my research, the common difficulty that LIPs had with both these sources of support is that they had to ‘push’ to access them, and ‘jump’ between different services to find different kinds of help. Often, face-to-face support is limited by time and geographic location, which can mean fundamental difficulties for those with mobility issues and limited financial resources, as well as those with limited time to spare. If you’re a single Mum of a young child working on a zero-hour contract, there are simply not enough hours in the day.

Although online resources may be more helpful for people in these situations, these sources are also characterised by barriers such as access to the Internet and learning difficulties, as many people have difficulty processing written information. Importantly, existing research conducted by Pleasance et al has already indicated the extent to which experiences of poverty, mental health issues, and isolation tend to intersect and compound each other. As a result, those who are no longer eligible for legal aid are in practice those who may have greater difficulty pushing for this assistance, and using self-help resources.

Another significant implication of requiring parents to ‘take responsibility’, is the way in which they are now expected to self-represent if they need to use the family court process. The reality of the post-LASPO advice context effectively means that people are now coming to court with very different levels and kinds of information. While some may be able to get information or even a small amount of free legal advice before their hearing, others may simply turn up on the day with a carrier bag containing the paperwork they have received from the court.

Without knowledge of the law that applies to your case, or the procedure you are expected to follow, it can be impossible for many to put together an argument or even follow the conversations which take place in the courtroom. An important consensus among interviewees in this project was that, despite the best intentions and efforts of judges, there was little consistency between them. Judges appeared to vary in terms of the approach they took to explaining aspects of the process and balancing hearings where the other party was represented by a lawyer. As a result, LIPs were often left feeling excluded from important conversations without a lawyer to translate or contribute to legal negotiations on their behalf. An important point to note here, is that little guidance is available for judges on how to deal with these issues, particularly given the differing levels of knowledge and diverse circumstances of the LIPs now coming before them.

Even aside from the ways in which LIPs feel disadvantaged without access to legal knowledge, the practical barriers to participating in the court process cannot be underestimated. Despite more than 80% of cases now involving LIPs, there has been no further investment in reforming the court process to adapt to this new reality. For example, LIPs are expected to verbally advocate their position – to stand up in hearings and make coherent and reasoned arguments about inherently emotional and distressing issues. This requires LIPs to communicate their points in an unnatural and potentially inaccessible format – for example, many interviewees were unable to do this as a result of a range of different pre-existing issues like communicative problems, anxiety or learning difficulties.

On top of this, many interviewees were also required to participate in the process of cross-examination. Despite multiple pledges to do so, the government is still yet to introduce provisions that would prevent cross-examination between alleged perpetrators and victims. In the original LASPO consultation, the government stated that family law was an area in which they did ‘not routinely expect’ issues to be too emotional or complex for self-representation. However, for these interviewees, this was often wholly traumatic, and led most of them to explain that they would never return to the family court process even with representation, because of the ways in which the process itself had actually facilitated further experiences of abuse.

The potential exclusion of LIPs from family law is therefore a concerning consequence of the emphasis that has been placed on individual responsibility under LASPO. It became apparent during this project that LIPs are now self-representing in a range of chaotic circumstances which are not recognised under the current legal aid scheme. Due to the failure of LASPO to acknowledge the barriers to participation that exist for many individuals, it may be impossible for many to make meaningful use of the family justice system even if they are able to access it. Further, these findings also highlight the negative perceptions which may now exist about the capacity of the justice system as a whole. It suggests that the post-LASPO family court process may not only be unsuitable for many of its users, but importantly runs the risk of no longer being perceived as a route through which to obtain protection and appropriate resolutions in these cases.

Further information about the research and to read the preliminary findings of the project can be found here.

Jess is a lecturer at Cardiff Law School. @jessmant1 on Twitter

Our print magazine is Proof. Contributors include Michael Mansfield QC, Bob Woffinden, David Rose, Eric Allison and Ian Cobain.
Buy Proof Magazine
The latest issue (Why legal aid matters) includes Helena Kennedy QC and Martha Spurrier in conversation, David Conn on the legacy of Hillsborough - plus how to build your own law centre.
Jess is a lecturer at Cardiff Law School. @jessmant1 on Twitter