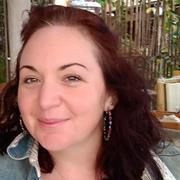 The perilous state of the criminal justice process has, in recent weeks, hit the headlines again in light of the Crown’s failure to disclose vital evidence in the case of Liam Allen, a university student accused of rape. The trial had already commenced when, only due to the dogged determination of his legal team, crucial evidence about previous contact between the complainant and defendant came to light. Crucial evidence that should have been disclosed pre-trial, and resulted in the public purse suffering the expense of a collapsed trial as well as putting both the complainant and defendant through a process which simply should not have reached that stage. Rightly, but again at significant public expense and uncertainty for parities, the police and Crown Prosecutors are now reviewing hundreds of files in a desperate attempt to avoid future miscarriages of justice based on non disclosure of evidence.

The especially worrying thing about this recent debacle is that the authorities had prior warning that issues such as those that occurred in the case of Liam Allen were likely to arise. A few months prior to the Liam Allen case, HM Inspectorate of Constabulary and HM Crown Prosecution Service Inspectorate produced a joint report, which found that police officers were almost routinely failing to record evidence in appropriate categories of disclosure. The same report made clear that such failings undermined the defendant’s right to a fair trial, particularly as Crown Prosecutors were not adequately challenging what the police were recording on disclosure schedules.

There seem to be a number of factors which have converged to produce the present inadequacies in the system. It is right to acknowledge that lawyers, academics and campaign groups have, for a number of years now, been voicing their concerns about the direction of criminal process. The relevant authorities had fair warning that situations such as that which arose in Liam Allen’s case were increasingly likely to occur. Here, I seek to briefly comment on the convergence of factors which appear to have had impact of the present state of criminal justice.

There is generally consensus that the system is underfunded. Not one agency of criminal justice and procedure has escaped so called austerity measures. All of this has occurred against a cultural shift (encouraged by successive governments since the late 1990s) that cases must be processed at maximum speed. Police, court and Crown Prosecution Service processes have been subject to a number of streamlining initiatives alongside pressure to digitalize processes in the name of increasing efficiency. There simply has not been the investment required to support those initiatives.

Defence lawyers, whose ability to conduct their work has been significantly undermined by both restructuring of, and cuts to, legal aid, have simply been dragged along in the wake of these initiatives with little to no meaningful consultation. So, we have an underfunded, and overworked, system in which the various professionals are discouraged from spending ‘too much’ time scrutinising the fine details of disclosure. Not only are Crown Prosecutors under pressure to process cases quickly, meaning that they are less likely to challenge police decisions, defence lawyers generally do not have the resources to conduct a fine tooth comb analysis of disclosure either. If they do, they risk their costs being either reduced, or payment being refused altogether because of procedures adopted by the Legal Aid Agency.

The situation is likely to be compounded by the trend to outsource expert evidence gathering by the police. The fees that expert witnesses can claim in criminal proceedings have also been cut. It may, therefore, be extremely difficult to instruct an expert who is willing to prepare a report in any given case. This could result in evidence gathering backlogs at the investigative stage, which increases the pressure to process a case at speed once the investigative stage is complete. Pressure to increase speed will almost inevitably have an impact on the level of scrutiny that a case receives.

I attended the Criminal Cases Review Commission’s 20th Anniversary conference at the beginning of November 2017. One of the key concerns that was raised by a number of speakers was the perception that there now appears to be systemic disclosure failures which significantly increase the risk that miscarriages of justice will occur. The other major concerns were the impact of funding cuts and the ability to obtain appropriate expert evidence. All of these issues have the potential to increase the work of the Criminal Cases Review Commission (CCRC), who have already faced significant annual increases in their own workload. The CCRC also relies on grant-in-aid funding from the Ministry of Justice, and has faced funding cuts in recent years.

On the same day, the late Sir Henry Brooke spoke eloquently and persuasively on the subject of disclosure failings. We should never be in a position to say ‘I told you so’ in relation to predicted failings of criminal process, but this actually seems to have occurred in Liam Allen’s case. We can only hope that important lessons are learned, and that systemic change follows.

If not, we risk a return to the alarming type of miscarriage of justice that we saw in the late 1970s.

This article was first published on February 19, 2018