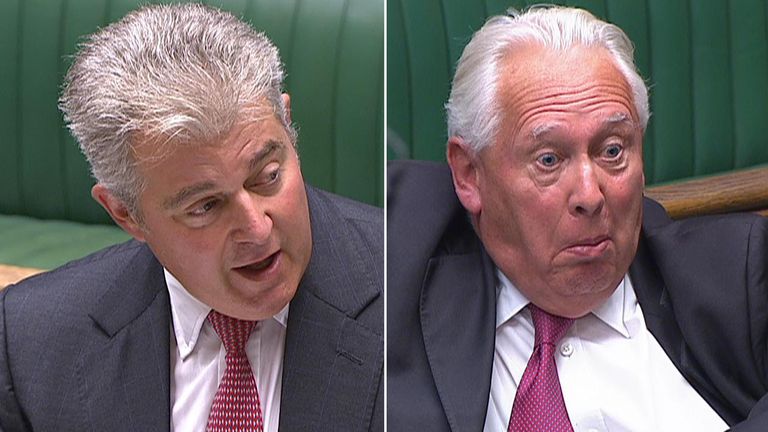 If you were a government intent on institutional reform of all parts of the British state, you could do worse than putting forward the Internal Markets Bill, as the government did yesterday.

While this bill has the seemingly unremarkable aim of ensuring there are no trade barriers between the four home nations after the UK fully leaves the European Union, its purpose belies the incendiary consequences contained within it. Even before its text was published, the bill caused upheaval within the civil service, while it will certainly spark fierce debate in parliament especially when it reaches the House of Lords. And should it pass in anything close to its current form, it will inexorably bring the government once more into conflict with the judiciary. Add this to the fact that the government openly admits the bill violates international law, and you have a strong contender for the most controversial piece of modern legislation ever put before parliament, and a stepping stone for the government to ferment the conflict it needs to remake the British state.

According to the prime minister in December last year, the Withdrawal Agreement was an ‘oven-ready’ deal, setting out a clear and workable future relationship between the UK and the EU. Crucially, the Agreement solved the problem of Northern Ireland by, in the event of no trade deal being reached, keeping it broadly within the EU’s single market. This upheld the Good Friday Agreement, which prohibits a border being erected between the two nations, but came at a cost – it created the risk of a customs border between Northern Ireland and the British mainland.

This is what the controversy is ultimately all about. The UK has signed a treaty, but is now attempting to undermine its promises in domestic legislation – a flagrant breach of international law. It is this violation that led to the resignation of Jonathan Jones, the Treasury Solicitor. Given the choice between continuing to serve a government that was intentionally violating international law or resigning, Jones took the honourable path, placing the rule of law above his career. In doing so, he revealed himself to be one of the few law officers to the Crown with any moral fibre, with Suella Braverman (the Attorney General), Robert Buckland (the Lord Chancellor) and Lord Keen (Advocate General for Scotland) preferring to remain in post rather than defend fundamental constitutional principles.

It is not only the Treasury Solicitor, though, who will be faced with a difficult decision. While for Jones, his obligations as a barrister to the court (and so to the law) explicitly overrode his obligations to the government, the Civil Service Code also requires civil servants to ‘comply with the law and uphold the administration of justice’. With the government candidly violating international law, even if only in a ‘specific and limited way’, it raises the question of whether this puts civil servants in conflict with their professional obligations. For some, including those at the right-wing think tank Policy Exchange, the UK’s dual constitution (which means international law is not directly enforceable in domestic law) means that only ministers are bound by international law. Others correctly argue that treaties, despite not being directly effective, still form part of the fabric of British law, and so should be respected as much as any domestic act. For any senior civil servants presented with the choice between violating international law or resigning, the latter may seem the only dignified way out.

Any resignations will, however, be a double-edged sword for those who want to see the government held to account. For every permanent secretary or senior civil servant that resigns – with six having gone already this year – a space opens up for Boris Johnson and his chief special adviser, Dominic Cummings, to fill with an ideologue sympathetic to their revolutionary ambitions. Civil servants are supposed to challenge ministers, telling them when they have gone too far- as Jonathan Jones did. Appointing lackeys who will support up their extremist ambitions removes a crucial check on the government and degrades the civil service, reducing it to another limb of Downing Street.

The civil service is not the only institution that the government is trying to bend to its will, however. Over the summer, the prime minister appointed a slew of controversial candidates to the House of Lords, attempting to enhance the government’s authority in the upper house. While every prime minister makes partisan appointments to the House of Lords, few have done it as unashamedly as Johnson, whose 36 nominations included a former Revolutionary Communist and IRA apologist, the son of a KGB agent turned Russian oligarch, and his own brother.

Even this, however, was not enough to give the Conservatives an overall majority in the Lords. While still the largest party, with 251 peers, the Labour and crossbench peers alone outnumber the government by 102 votes – assuming that all the Tory peers vote with the government, which, from today’s debate on the IMB, seems unlikely. Should the bill come before the Lords as it stands, they would doubtless scythe down the most egregious provisions before sending it back down to the Commons. Some defenders of the government might point to the Salisbury Convention, which obliges the House of Lords to pass legislation promised in a government’s election manifesto, but this is unlikely to bear fruit. Even though the Tory’s manifesto did promise an open border in the Irish Sea, it also praised the Withdrawal Agreement as a ‘great deal’, and certainly did not advocate for violating international law. Few Lords are likely to feel honour bound to help turn the UK into a pariah state.

As with the civil service, this outcome would also cut both ways for those supporting the Lords’ defiance. It would open the door for the government to vilify the chamber as filled with ‘remainer sympathisers’, claiming that any amendments are a yet another plot to stop the UK from cutting itself free from the Brussels behemoth, aided and abetted by hyperbolic headlines in the tabloids decrying the Lords for denying the ‘will of the people’. Admittedly, the government could use the Parliament Act to circumvent the Lords, but its more attractive options would either be to pack the Lords with enough sympathetic peers to make them politically toothless, or to use the public agitation to significantly check the powers of the upper house. Regardless of the path taken, it would transform one of the most respected and effective revising chambers into the world into a paper tiger.

Should all of this come to pass, and the IMB becomes the Internal Market Act, its travails would not yet be over, with a legal challenge inevitable, and James Eadie QC and Lord Pannick QC once more making their way to the Supreme Court. The challenge would primarily be to a clause deep within the bill that Mark Elliott, Professor of Public Law at Cambridge, has appositely labelled ‘constitutional dynamite’. Within this clause are two sticks of this dynamite, the first which concerns decisions made by ministers over the customs border between Northern Ireland and Great Britain. Here, ministers are given the power to unilaterally rewrite the customs rules, even if they breach the terms of the Withdrawal Act. This may seem superficial at first glance, but is revolutionary, giving ministers authority to disregard a treaty the UK is signatory to, and so violate international law.

While this is distressing, it is the second stick of dynamite in clause 45 that may blow up the UK’s institutional arrangements. The clause tries to oust the jurisdiction of the courts, claiming that regulations made under clauses 42, 43 and 45 have effect ‘notwithstanding any relevant international or domestic law with which they may be incompatible’. Going on, it adopts a belt and braces approach, explicitly setting out a range of laws that the regulations are not subject to, from the Withdrawal Agreement to EU law, and, just in case there is any doubt, topping it off with ‘any other legislation…or rule of international or domestic law whatsoever’.

Clearly then, the drafters of the bill do not want the courts going anywhere near decisions made under these regulations. Unhappily for them, it is unlikely that the courts are going to agree, with attempts to oust judicial review rarely proceeding as planned, as I have recently written here. Judges are reluctant to relinquish their constitutional role of scrutinising the executive. As Mark Elliot and Jack Williams have separately written, it is still possible for the judiciary to take the approach the House of Lords set out in Anisminic, narrowly interpreting what the legislation means. Although comprehensive, the IMB does not expressly exclude judicial review principles, and the courts could reasonably argue that any regulations made under the clauses in breach of these are not caught by the ouster clause. More simply put, the legislation does not explicitly authorise ministers to act in breach of the principles of judicial review, and so if they do their decision is void. Admittedly, given the near limitless power the IMB gives to ministers, this would be straining the approach to breaking point.

If the courts did not want to play such semantic games, the alternative would be, unless they upheld the legislation, to simply strike it down. Such an order would not be without precedent, with the House of Lords and Supreme Court both having mused upon whether parliament could lawfully legislate for something as egregious as, say, ousting judicial review. Despite the clarity of such an approach being appealing, the febrile environment plus the availability of the more moderate, if lexically tortured, Anisminic approach means that the judges will not reach for the nuclear button quite yet.

Even if the judges chose the more conciliatory path, however, the political consequences would be identical. The judgment would be denounced as judicial supremacism run rampant, the rhetoric paling in comparison to the opprobrium that was heaped upon the Supreme Court after its decisions in Miller I or Miller II. After the headlines faded away, the government would doubtless redouble its efforts to reform the judiciary- attempts that would almost inevitably be brought back before the courts. This would be a constitutional conflagration without parallel, with the fact that it would finally reveal what reigns supreme in the British constitution- parliament or the rule of law- unlikely to bring much solace in the aftermath.

The IMB is nothing short of disaster constitutionalism. The government is seemingly trying to use it as a negotiating tactic with the EU on the international plane, and as a spark for institutional reform on the domestic plane. On both levels, it is unlikely to go well. As we have already seen, the EU has told the British government to withdraw the bill, and even Michael Howard, the former Tory leader and Brexiter, is aghast at what the consequences may be be. To paraphrase Robert Jackson, the US Supreme Court justice, parliamentary sovereignty is not a suicide pact. Someone should tell the government.