‘Differences of opinion need to be challenged and scrutinised, not dismissed or shut down’

‘Differences of opinion need to be challenged and scrutinised, not dismissed or shut down’ 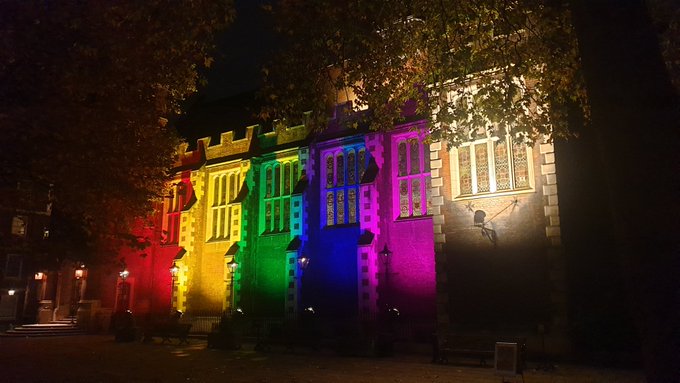 Last week, the academics, thinkers and provocateurs launching the University of Austin were roundly mocked as they announced their new academic institution, ostensibly one seeking the ‘unfettered pursuit of truth’. To them, society has become homogeneous, intolerant of dissent and unwilling to brook differences of opinion, with few places more archetypal of this intolerance that the campuses of liberal universities – campuses that many of them are no longer welcome at. This is one thread that draws together what is otherwise a ragtag group, ranging from Kathleen Stock to Steven Pinker – they have all faced being ‘cancelled’ for their views.

Of course, one other thread that links them is that they are all prominent people with a significant public profile- and quite often, a profile that is higher after their ‘cancellation’ than before. Stock may feel aggrieved after feeling compelled to resign from the University of Sussex for her gender critical views, but her publisher, which is reprinting her academic treatise to meet demand, may beg to differ. Similarly, Neill Ferguson is never too far away from the New York Times bestseller list, and Bari Weiss, having given up her column for the New York Times, commands subscribers in the hundreds of thousands to her SubStack writing.

But while it may be easy to mock prominent public figures who claim to be silenced in broadsheet columns, or who decry censorship while appearing on a panel for BBC’s Question Time, there is something to the University of Austin’s founders’ claim – even if the university itself is more likely to become a haven for those who support such ‘cancelled’ views rather than the broad church of competing philosophies they envisage. Western society is more intolerant of competing views. This is not saying that society is more divided – ideological conflicts have always raged – but that each side is more antagonistic towards the other than ever before, viewing them as a threat to be eliminated rather than an opinion to be heard or an argument to be engaged with.

Little encapsulates this more than the debate over trans rights. The question of what it means to be a man or a woman, and whether it is determined by biology or belief, has rent liberal society. Former luminaries of the left, like JK Rowling, are ostracised and condemned, alongside many other feminists, in particular those who advocate a more circumscribed definition of women in certain spaces, such as women’s shelters or women’s prisons. If these views were rooted in bigotry and disgust, perhaps this intolerance would be justified. But this is rarely, if ever, simply the case. Rather, their views are held on the basis of concern for another discriminated group – biological women – and the desire to guard against the risk that, in society’s haste to ensure that people who are trans feel safe in society and have their dignity upheld, the progress made by women in recent decades is not undone.

If you consider some of the responses that meet people – often women – raising these concerns, rare is the interlocutor willing to engage with the argument on its own terms. Instead, tribalism is the default, with critics preferring to label anyone who takes a less than fulsome approach to trans rights as a transphobe or a bigot. Stonewall, one of the leading groups campaigning for trans rights, preferred to accuse JK Rowling of ‘weaponising her experience’ of sexual assault instead of engaging with her concerns, while in an interview with the BBC, Stonewall’s director, Nancy Kelley, lumped anyone with gender critical views in with anti-Semites.

This is not to deny that there are some with gender critical views who do not act in good faith, or who do seek to deny the existence of trans people, viewing them with fear and disgust rather than as a minority group whose rights need to be recognised and protected. As a Vice column published last summer showed, outlets like the Daily Mail have sought to stoke conflict, such as over trans-women using the ladies’ pond at Hampstead Heath, creating division where none previously existed. But to assume that everyone who voices views that could be deemed ‘gender critical’ is an enemy to be silenced rather than a voice to be heard is to shut down argument, keeping minds closed and opinions unchanged.

For those barristers defending Middle Temple yesterday, it was this need for dialogue and debate that they focused on. Middle Temple, one of the Inns of Court, was due to host an inaugural dinner for their LGBTQ+ community last night, framed around a discussion of the ‘fight to ban gay conversion therapy’, and billed as an opportunity for LGBTQ+ members and their friends ‘to learn, to celebrate and to get some glitter on their lapels’. The Inn then changed the topic and the speakers, including by inviting Naomi Cunningham, a barrister who, while an expert on discrimination law, has also been critical of the trans movement, emphasising the risk she thinks it poses to women’s rights. This change was greeted with outrage by much of the LGBT community, with a number of barristers writing an unsigned letter to Middle Temple, condemning the change as showing LGBTQ+ members that their inclusion is ‘up for debate’.

This morning, a group of over 100 barristers, pupils and students sent a letter to Middle Temple to express our profound disappointment at the organisation of the inaugural Middle Temple LGBTQ+ Forum. This is the letter in full. Please read it.https://t.co/feUUUSyZWi pic.twitter.com/CoAldn6eky

Middle Temple’s defenders argued that the fact that the event was intended to be supportive of the LGBTQ community, and a moment for solidarity, did not necessarily mean that speakers who might take a stance unsupported by much of the audience could not be invited. Ordinarily, they would be right. After all, if there is any group in society who should be aware of the merits of open debate and critical examination, it is barristers and barristers-to-be. If you can’t tolerate difference of opinion and a rigorous exchange of views, the Bar may not be the most suitable career path.

At the same time, what Middle Temple’s defenders should remember is that there is a time and a place for discussion and debate. Much as an Anglican priest might not consider a gay marriage the appropriate venue for a sermon on the merits of the traditional nuclear family, a critic of trans rights might not consider a celebration of inclusion the appropriate venue to debate the merit of one of the self-same groups whose inclusion is being celebrated. And even here, if the nature of the debate and the identity of the speakers had been consistent from the outset, Middle Temple could have reasonably said that attendees knew what they were signing up for. The issue is not the value or merit of the debate per se, but its value and merit in this context.

Ultimately, however, for society to thrive and grow, it needs debate. Differences of opinion need to be challenged and scrutinised, not dismissed or shut down. Institutions like the University of Austin are not flawed because they seek to promote such debate, but because they ironically shut it down, encouraging people into silos rather than encouraging a rigorous, yet open, exchange of views.

One response to “‘Differences of opinion need to be challenged and scrutinised, not dismissed or shut down’”

No link between penalties and lower rates of teenage…
'Only orthodoxy is accepted without question.…
Covid-19: Lessons to be learned from the pandemic
G4S pulls out of immigration sector
Appeal judges review 'Lady in the Lake' murder