Diary of a UK Innocence Project 7: A student’s perspective

Diary of a UK Innocence Project 7: A student’s perspective

From Casework to Research: exploring the investigation of miscarriages of justice 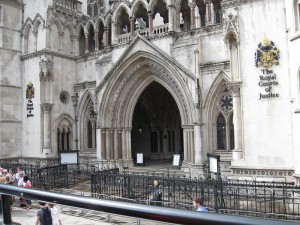 Cardiff Law School Innocence Project is still considering recent news about the CCRC’s referral of Dwaine George’s case to the Court of Appeal.  Our new students might soon meet Dwaine, but the students who worked on his case have long left us.

These extended casework timescales have led us to reflect upon what students get from being involved, knowing they will never see a case through to its conclusion. What motivates them to want to dig deeper into the problems with our criminal justice system, which they see for themselves?

This Diary entry is the reflections of Holly Greenwood.

Holly joined Cardiff’s Innocence Project in 2009. She led a team when we submitted six cases simultaneously in 2010. Unusually, some four years later she is still an active caseworker, but she also now helps to train new students.

In 2012 she embarked upon a PhD, to explore the investigation of miscarriages of justice by pro-bono institutions, the Criminal Cases Review Commission and how the Court of Appeal approaches such cases.

It is gratifying for us, as educators first and foremost, that Holly has been so motivated by her casework that she has committed to a further four years of advanced study on this subject, which will lead to her gaining a doctorate.

This is Holly’s story:

From the outset of joining the Innocence Project at Cardiff, I was intrigued by the notion of a mismatch between ‘factual innocence’ and ‘legal innocence’, the former suggesting actual wrongful conviction of an innocent person, whilst the latter implying only that a conviction is ‘unsafe’. Whilst the latter appears detached and at odds with the social function of the legal system, establishing the former in the majority of cases is nigh on impossible. So I wondered how the criminal justice system dealt with that, if at all.

My passion for the topic of miscarriages of justice and the cause of innocence projects was only strengthened by my experience of casework, having worked on a case which so powerfully demonstrated the problems encountered with the criminal appeal system.

In this case, I and my casework team were left frustrated. Despite feeling very strongly that an examination of all the evidence available rendered the conviction unsafe and that no reasonable jury would now convict this client on the evidence, we had to recognise that this was insufficient and would not be persuasive enough to get the case to appeal, because it had all been heard before.

I am not saying that such cases are a common occurrence but it is cases such as these that lead to an inevitable conclusion that certain criticisms of the current system are valid ones. Cardiff’s Innocence Project is still working on this case, which has many high-profile supporters.

So, it was natural that such casework experiences led me to question the workings of our current criminal justice system.  In particular, I questioned the emphasis that is placed upon finding fresh evidence or an error in procedure to support an appeal against conviction.

What happens if the jury simply got it wrong? Should all the evidence heard at trial then be exempt from a rehearing? I wondered whether 12 lay people should be the sole and final arbiters on the validity of the most serious charges against an individual.

I became alive to the dilemma in this aim. Whilst innocence projects will look at all the evidence in the case, not just new evidence, the CCRC is primarily concerned with the finding of fresh evidence or an error in procedure.

This can be hugely problematic in some cases; clients are keen to point out flaws in the original evidence, and there is not always new evidence available. As law students we are taught to question whether laws are working. I consequently began to question how our system was currently dealing with alleged miscarriages of justice.

I was also intrigued by the commitment of innocence projects to finding the truth behind claims of innocence. I had been exploring the possibility of training to become a barrister, and I was struck by Iain Morley QC’s frank and honest comments stressing, ‘rightly or wrongly, adversarial advocacy is not really an enquiry into the truth’, rather ‘advocates try to win their cases within the rules irrespective of the truth’.

It troubled me how ‘the truth’ could be so disposable to the workings of our criminal justice system, yet equally so fundamental to its effective operation. There are obvious difficulties with establishing ‘the truth’ in the criminal justice system; some commentators question whether it is possible to grasp the whole truth of a past event, or whether we can only aim for an estimate of probabilities.

In theory, in England and Wales, the standard of proof in a criminal trial requires guilt to be established beyond reasonable doubt on the evidence. Following this, it must be suggested that there is something fundamentally unsafe about that verdict, through adducing fresh evidence that might have impacted upon the jury’s verdict, or by showing that there was something unreliable about that verdict due to an error in procedure.

Nobles and Schiff suggest that perhaps the workability of the system depends upon this principle; otherwise every individual could challenge their conviction on the basis that it was simply wrong and ask for a re-hearing.

Yet, for those who fall within that unfortunate category of wrongful conviction (by this, I mean for a crime they did not commit), their fate hangs entirely on establishing ‘the truth,’ and it is certainly debatable whether our appeal system equips them with the optimum tools to do this.

This is not the place to delve into the competing objectives of the criminal justice system or to examine how effectively these are balanced.

However, we can fairly conclude our criminal appeals system is not without flaw.  For example, it has been recognised that perhaps systems associated with more ‘inquisitorial’ ideas are better at promoting truth-finding.

In France, individuals are essentially provided with a ‘second bite of the cherry’, a simple rehearing of the evidence heard at trial. So,  I considered that the approach of innocence projects in reviewing all the evidence in the case, and doing so in the pursuit of ‘truth’, is viable in relation to the practicalities of criminal process, and that it is reasonable to  suggest that our criminal appeals system perhaps needs a re-evaluation. I don’t think anyone would dispute that finding the truth is essential to also achieving justice.

These interests and concerns led me to apply for a PhD. It is clear that the development of innocence projects alongside the CCRC suggests concerns over wrongful conviction are far from dissipated.

It struck me that innocence projects, the CCRC and the Court of Appeal could all disagree on whether evidence supported a claim of innocence.

I wondered whether this could be explained by the different methods with which a case was approached by each institution. For example, a neutral investigation into evidence in the case by the CCRC can lead to a referral to the Court of Appeal on the basis that there is a real possibility the conviction will be overturned.

But what then happens when a conviction is upheld?  Is this explained by the exposure of the evidence to the adversarial environment of the Court of Appeal? I was aware of an idea put forward  by Hodgson that the model of the CCRC may be aligned with certain aspects traditionally associated with a more ‘inquisitorial’ approach, for example in approaching investigation from the position of neither the prosecution or defence.

I was also aware that it had been suggested by INUK, INNOCENT and United Against Injustice that the CCRC is not ‘inquisitorial’ enough, but too influenced by its adversarial context. I hope to explore how innocence projects and other pro-bono organisations are investigating alleged miscarriage of justice case and compare this to how the CCRC and the Court of Appeal are dealing with such cases.

I hope that, if successful, the research will help to understand the work of innocence projects and other pro-bono institutions in investigating alleged miscarriage of justice cases, and furthermore, it will seek to develop this understanding to establish whether there is room for improvement in how our criminal appeal system currently deals with such cases.

Home Office accused of 'toxic combination of indifference…
Police presence in schools harms students and 'exacerbates…
UNJUST PODCAST: Interview with Justin Brooks of the…
Has anyone at the CCRC got the time, please?
Please forgive me, but I won’t be holding my breath