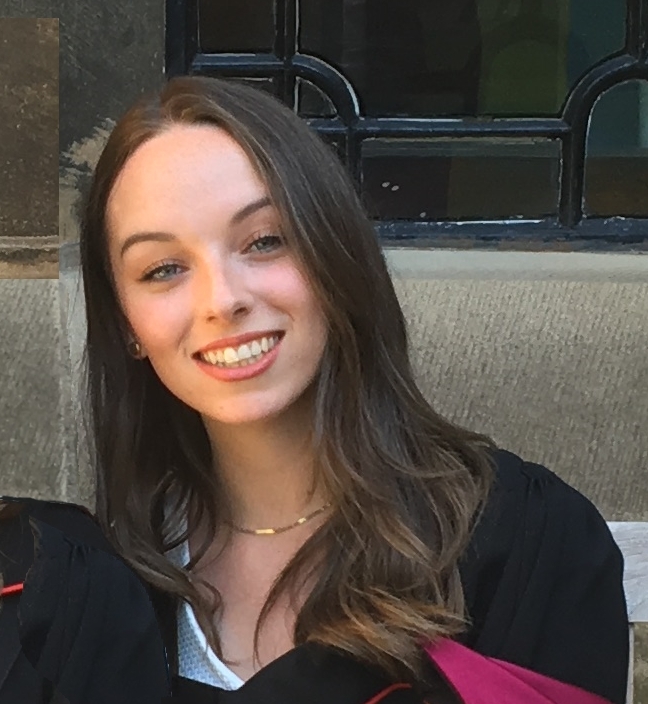 After failing to meet its own summer deadline for the long-awaited review of the Legal Aid, Sentencing and Punishment of Offenders Act 2012 (LASPO), the Ministry of Justice recently closed the opportunity to submit evidence. A wide variety of legal organisations took the opportunity to voice their concerns and, perhaps unsurprisingly, their contributions paint a bleak picture of the legal aid landscape and the justice system in England and Wales more broadly. Eleanor Livingston collects the evidence

JustRights
As a specialist coalition working with children and young people, JustRights submission primarily highlights the impact that legal aid cuts have had on the ability of children to access justice, noting that such cuts have coincided with a reduced budget for youth advice services. JustRights advocates for all matters involving children to be brought back under the scope of funded legal aid, at an estimated cost of only £7 million. Beyond legal aid alone, the submission argues for a holistic approach to justice for children and young people to help ensure that this vulnerable group are not only properly represented but also empowered to be involved in legal matters which involve them.

The Association of Prison Lawyers
The APL note that prisoners are another particularly vulnerable group – bearing in mind their physically restricted environment and disproportionate levels of mental health issues – who have been negatively affected by LASPO. They note that many cases concerning liberty are no longer eligible for legal aid despite their modest typical fees, and that the exceptional case funding scheme (ECF) is failing to provide sufficient access to justice for cases falling under its scope. The process of applying for ECF is challenging and there is a lack of guidance in this area. The APL argue that ‘the consequences of limited legal aid for prisoners are grave and costly.’

Rights of Women
In their comprehensive submission, Rights of Women note that the impacts of LASPO have been ‘widespread and devastating’, with an increase in litigants in person across immigration and family law cases concerned with the rights of vulnerable women. They note that there is an overall feeling of confusion as to which cases fall within legal aid funding and the ECF scheme. ECF itself has been found to be difficult to manoeuvre for the individual, with little scope for assistance considering both a lack of available information and few providers of assistance. Rights of Women advocate for a focus on the availability of early advice to enable access to justice whilst also saving the system money by reducing the number of cases reaching the critical point of expensive litigation.

Bail for Immigration Detainees
BID have called the removal of non-asylum immigration cases from the scope of legal aid ‘devastating’; the percentage of claimants with representation falling from 79% to 43% before and after LASPO and remaining consistent. Children have been particularly affected due to the exclusion of ECHR Article 8 cases. BID argue that the remit of ECF to cover these cases is inadequate, given the inability of individuals to navigate the complex application and the lack of lawyers able to assist due to ECF preparation being outside the scope of legal aid. The result is that cases concerned with fundamental rights go unresolved. Further, the costs of increased litigation and detention mean that savings on the legal aid budget are negligible.

CLOCK
Keele University’s Community Legal Outreach Collaboration (CLOCK) acts as an assistance and signposting service, noting in their submission that since LASPO there has been an ‘increased lack and scarcity of resources to provide early legal advice and legal representation’. This has led to a noticeably increased dependence on their services. CLOCK state that both the complexity of cases and the vulnerability of clients is ever-increasing, with many coming to them having been refused legal aid on narrow technicalities. The areas of private family law and public care cases have both been detrimentally affected, with CLOCK going as far as to suggest that the lack of legal aid in some cases constitutes ‘a significant breach of public duty in relation to failing to safeguard the child against the risk of harm.’

Legal Services Board
The Legal Services Board express concerns in their submissions for the ‘stretched consumers’; those whose finances place them just above the threshold for legal aid, who are least likely to find a lawyer and as such fail to properly achieve access to justice. Evidence suggests that the LASPO reforms have had a disproportionate affect on Pakistani, Black African and Mixed ethnic groups, due to their proportionately highest use of legal aid, as well as those from ‘lower social grades’. The LSB proposes that better information, better public legal education and changes to regulation offer the opportunity to make the system more effective, both financially and in terms of delivering legal services.

Shelter
Shelter posit that ‘Britain is experiencing a housing crisis’ and that legal aid is essential in solving it. The confusing LASPO system leaves the individual with a lack of access to early advice and causes cases to unnecessarily escalate at the expense of time and money in the courts. Further, the reforms have caused more of the aforementioned ‘advice deserts’ whereby many people have no access to housing advice; Shelter was forced to close nine services in 2013 due to lack of funding. In order to ensure access to justice and prevent the consequential costs of homelessness to other areas of Government spending, Shelter advocates for a widening of the scope of legal aid to include a broad range of housing and welfare issues, and reform of the LASPO bureaucracy.

Young Legal Aid Lawyers
YLAL’s submission provides extensive evidence demonstrating the brutal impact of LASPO not only on access to justice, but in a broader sense to the functioning of support services for vulnerable people as well as on the sustainability of the legal profession in this sector. Arguing that thresholds for eligibility should be significantly increased, as well as for the inclusion of all domestic abuse and Article 8 cases in scope, YLAL concludes that ‘the result [of LASPO] is a system in crisis.’ Particular concerns in terms of the functioning of the ECF system and lack of available early advice are also emphasised.

Public Law Project
This submission echoes the concerns of YLAL in arguing that as well as impeding access to justice by limiting direct funding, LASPO threatens the future of the legal aid sector of the legal profession, noting (alongside others) that the rates payable for legal aid have failed to rise with inflation since 1999. PLP also concur with the submissions of other organisations in their criticism of the complex ECF system and cuts to early legal advice which lead to the escalation of issues and increased litigation.

Liberty
Liberty’s evidence builds on consultations with the Ministry of Justice and states that LASPO has ‘undermined the rule of law, normalised injustice and decimated a sector in which legal aid income was often used to fund a much wider range of free advice and assistance for poor, vulnerable and disadvantaged communities.’ They note that despite not having capacity to offer direct legal advice on issues such as immigration, housing and welfare benefits, demand for their services has soared, increasing by 50% in relation to the latter.

LawWorks
Noting that the areas outside the scope of legal aid under LASPO are ones which affect the most vulnerable people, LawWorks argue that the reforms have created ‘advice deserts’ – areas such as housing and debt advice where there are no longer any providers or access to information in certain geographical regions. The impact of these barriers to justice go beyond the law and affect mental health and health inequalities substantially. This submission, as well as others, argues fervently that pro bono cannot act as a feasible alternative to a successful legal aid system and advocates an overhaul of a system which ‘has become a patchwork of exceptions and exclusions’.

Law Society
Building on a range of research into the impacts of LASPO, the Law Society’s submission emphasises some of the technical issues with the reforms, ranging from the ‘geographical lottery’ created by the threshold for mediation to the importance of the role of lawyers in the provision of legal services beyond the role of advice services and automated information systems. Overall it is noted that ‘LASPO has had a wider detrimental impact on the state and our society’ and an independent enquiry is urged.

Law Centres Network
This submission evidences that even beyond issues of access to justice – on which LASPO has had a ‘devastating effect’ – the reforms to legal aid have failed to meet their own financially orientated objectives. Whilst 848,000 fewer cases have been assisted since LASPO was introduced, each case which does receive assistance comes at a greater average expense. The legal aid income to law centres has dropped by a massive 60% meaning that access to information and support has been severely limited. Law Centres Network advocate for reform of the system which takes a forward thinking approach, noting that there is no going back to the landscape of the legal aid sector pre-LASPO.

Bar Council
The Bar Council’s submission, which will be published next week, notes that 40% of barristers feel their careers have been substantially affected by the increase of litigants in person following LASPO which has ‘overwhelmed’ the justice system and created substantial delays in court proceedings. Their research also shows that the number of barristers undertaking the majority of their work in legal aid has been substantially affected by LASPO. The Bar Council argues that the framework is ‘damaging access to justice by removing the ability of many who need advice and representation’ and that the scheme is in need of serious reform.

What is striking about these submissions is how clearly they echo one another. Concerns over particular elements of the LASPO framework, such as the functioning of ECF and the detrimental effect of a lack of early legal advice, are consistent across the board, alongside overarching concerns about access to justice and the realisation of fundamental rights particularly for the most vulnerable. However, as noted in a number of submissions, the objectives set for this review by the Ministry of Justice are concerned less with providing access to justice and more with minimising the costs of the legal aid system. It is damning, then, that so many submissions note that the expensive long term effects of LASPO will mean that no money is saved. It remains to be seen if the Government will continue to stand by a legislative regime which fails resoundingly not only to meet the standards of others, but also to meet its own.

Eleanor is a recent law graduate currently working in legal research and policy. Eleanor has a particular interest in the law's impact on inequalities and social justice

Our print magazine is Proof. Contributors include Michael Mansfield QC, Bob Woffinden, David Rose, Eric Allison and Ian Cobain.
Buy Proof Magazine
The latest issue (Why legal aid matters) includes Helena Kennedy QC and Martha Spurrier in conversation, David Conn on the legacy of Hillsborough - plus how to build your own law centre.
Eleanor is a recent law graduate currently working in legal research and policy. Eleanor has a particular interest in the law's impact on inequalities and social justice