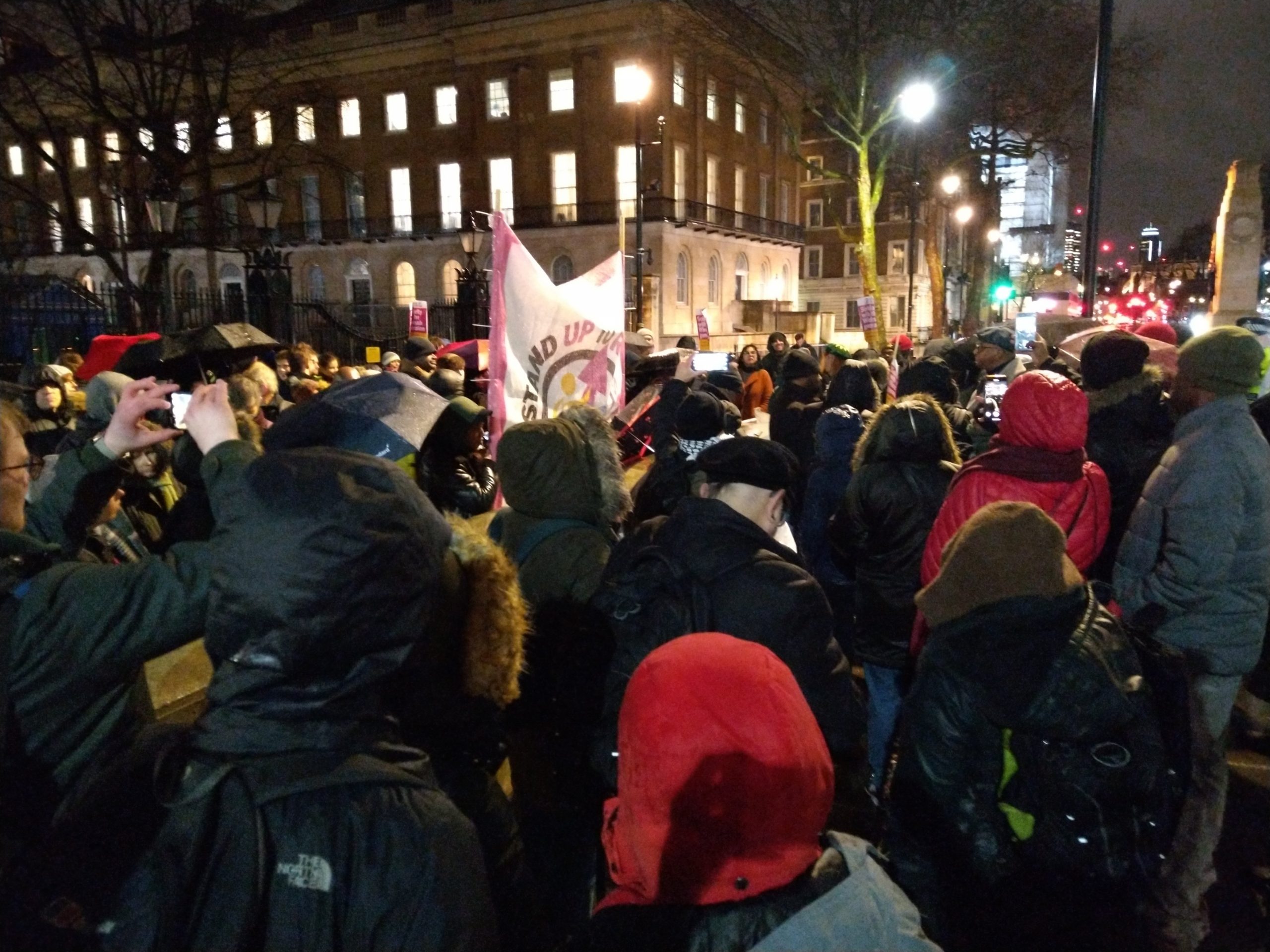 Pic: Joint Council for the Welfare of Immigrants

The deportation flight to Jamaica has taken off despite a last minute ruling by Appeal judges ordering the Home Office not to deport many of the detainees over concerns over their access to legal advice. It is unclear how many of the estimated 50 returnees are on the flight that was scheduled to leave at 6.30AM this morning.

Last night the Court of Appeal ordered officials not to remove those of the men who had been denied access to sim cards at the detention facilities after reports of a mobile phone signal outage preventing them from speaking to their lawyers. New sim cards had only been provided from last Wednesday in breach of Home Office rules that all deportees must be given at least five working days before removal. According to the Independent, the ruling came after the department was forced to admit it had known about the issue affecting detainees’ mobile phone signals since January 13.

Following the ruling, Bella Sankey, director of Detention Action, said that she was ‘delighted that tonight the Court of Appeal has twice stood up for fundamental rights and access to justice’. ‘If the Government wants to show strength and leadership it will now reflect with humility and accept calls for its flawed detention and deportation systems to be fundamentally reformed,’ she said

Lady Justice Simler had ruled that detainees should not be removed unless the Home Office was satisfied they had access to ‘a functioning, non-O2 Sim card on or before February 3’.

THIS DEFIES BELIEF: We are speaking to individuals clearly covered by the Court of Appeal order prohibiting their deportation who have been removed to the airport and told they are being deported. @ukhomeoffice are you really going to try and break the law tonight?

According to a parliamentary briefing prepared by Detention Action, the Joint Council for the Welfare of Immigrants and Duncan Lewis solicitors, this is the second deportation flight to Jamaica taking place since the Windrush Scandal when it emerged that dozens of people had been wrongly deported.

According to the briefing, many of those facing deportation had been residents in the UK for decades. ‘We often see people who are as British as the schoolmates they grew up with being deported for minor crimes like possession of cannabis. Their school friends caught up in the same folly are chastened with a short sentence and allowed to rehabilitate; while they face a life sentence away from friends and family in country they never knew.’

The groups point out that most of those categorised by the Home Office as ‘foreign national offenders’ are frequently detained in prison indefinitely under immigration powers following the completion of their sentence. ‘For those individuals legal aid is not automatically available and they will face delays in having to apply for funding before any legal work can begin,’ they say. ‘For this reason it can be very difficult to secure legal advice within the five day notice period.’

The Home Office’s own policy requires a minimum notice period of five working days to allow for those in immigration removal centres to contact legal aid surgeries. ‘For those held in prisons however even limited safeguards available in centres do not apply,’ the briefing continues. ‘There is no equivalent legal advice available in the prison estate; detainees are without access to mobile phones, emails or fax and visiting times are restrictive.’

Last May the Guardian reported that at least five people had been killed in Jamaica since March 2018 after being deported from the UK by the Home Office. ‘They are sending me to death,’ 25-year-old Rohan McLennon, who had been in the UK since the age of eight, told the Independent from his cell at Brook House removal centre. ‘People are going to take what they are saying and think we are murderers and rapists. That is not me, but they’re going to stereotypes us as murderers and killers. People are going to want to kill me. Their own police officers are corrupted.’