Defining ‘vulnerability’ in the enforcement of public debts 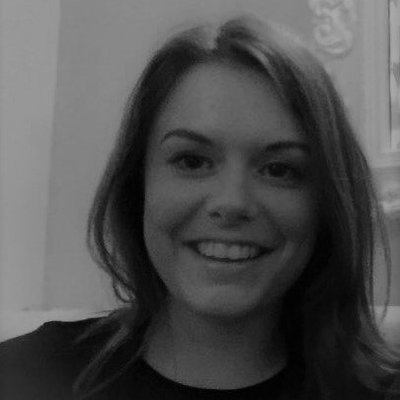 Defining ‘vulnerability’ in the enforcement of public debts

When the accessibility of justice is threatened, considerable strain is placed on legal definitions. Such definitions carve out the boundaries of, for example, eligibility for increased welfare support. They may provide justification for expressions of leniency or severity in legal responses, or act as a ringfence for legal issues which will be addressed outside of standard processes. Many of these definitions or thresholds relate to financial means, such as the provisions for entitlement to legal aid which were so dramatically curtailed by the Legal Aid, Sentencing and Punishment of Offenders Act 2012 (LASPO).

As highlighted by Daniel Newman in his recent piece (here), the LASPO reforms have had wide ranging impact on individual experiences of the civil justice system, particularly in areas such as debt, housing and welfare benefits.

My recent research focused on the legal approach of local authorities to these common issues of personal and household finance. Although not often the subject of significant litigation, problems of this kind have the capacity to cause social shockwaves. Individuals may find themselves struggling to agree affordable debt repayment arrangements, to maintain access to adequate housing against the threat of eviction, or to obtain the full financial support to which they are entitled. The particular focus of this project was the way in which local authorities take steps to recover public debts such as arrears of council tax. It identified that one definition which may produce social outcomes analogous to that of LASPO in this period of economic austerity is the definition of ‘vulnerability’ in this context.

The need to identify ‘vulnerability’
Following a liability order from a county court, local authorities can enforce council tax arrears through a number of enforcement methods. Increasingly commonly this will mean the use of a bailiff to visit the individual in arrears and recover the debt or take control of goods. Perhaps unsurprisingly, research suggests that 50% of those who are visited by bailiffs feel unfairly treated (see StepChange research, here). Operating as private companies in most cases, bailiffs charge significant fees for their services which are added to existing arrears. The level of debt can therefore significantly increase because of the decision of a local authority to instruct a bailiff.

It is therefore crucial to understand the decisions of local authorities leading to the instruction of a bailiff to ensure that such last resort methods are used appropriately. After all, inappropriate or ineffective management of debt enforcement has the potential to be considerably more costly for public authorities than for private lenders, as observed by Advice UK et al, ‘personal debt problems create an estimated £8.3billion in social costs such as emergency housing and mental health services which will not be the concern of the private lender but will impact the “balance sheet” of the local authority’ (here).

The concept of ‘vulnerability’, which has no statutory foundation in this context and is defined by local authorities at their own discretion, is swelling at its seams because of the increasing rate of arrears, estimated to have been £87m in 2016/17. The term ‘vulnerability’ is commonly used to describe exceptional circumstances which render someone unable to meet their council tax obligations and which justify alternative methods of enforcement or the application of leniency. This might include additional time to address arrears, an affordable repayment plan, or at the extreme a decision to write off the debt. These decisions are underpinned by competing objectives; on the one hand local authorities must generate maximum revenue through collection of arrears for investment in services for the local community. Equally important, however, is their obligation to protect vulnerable individuals in their area who are unable to address their debts. Little is known about the individual interpretations of vulnerability which are likely to produce varied legal outcomes for those in arrears. This lack of socio-legal knowledge formed the basis of my enquiry.

In the last three months I collected and analysed empirical data to better understand the definition of ‘vulnerability’ in Wales. This involved the submission of Freedom of Information requests to all 22 Welsh local authorities for copies of their written guidance on ‘vulnerability’ in the enforcement of council tax. This project built upon important work by the Money Advice Trust in 2017 (link) which sought to map which local authorities across England and Wales had taken steps to implement a formal policy on vulnerability.

Wales was targeted as a unique case study of local authority practices. Arrangements for council tax are devolved and as a result policy in this area differs in some respects to that of England. For example, in 2013 the Welsh Government pledged significant funding for a Council Tax Reduction Scheme to support 320,000 of the poorest households in Wales following the abolition of Council Tax Support in Westminster. This provision was not replicated in England with significant implications for those previously in receipt of Council Tax Support.

Themes and trends
In general, the results indicated that 12 local authorities in Wales have attempted some form of written definition of ‘vulnerability’, whereas eight had made no attempt. Two authorities rejected the requests. Focusing on the majority who did attempt a definition, below I will consider the main themes which emerged from qualitative analysis of their content.

A strong preference was identified for providing identity-based examples of vulnerability in list form. Ten of the 12 authorities who attempted a definition included such a list, ranging in length between eight and 15 examples, and across these lists a total of 23 different examples of vulnerability were identified. This analysis allowed identification of the ten most common examples of vulnerability which were age, bereavement, learning disability, general illness, language barriers, pregnancy, mental illness, general disability, unemployment and family structure. It is interesting to note that eight of these ten most common examples correspond with the examples of ‘vulnerability’ suggested in the Taking Control of Goods National Standards 2014. Although this guidance is not binding, these findings suggest that local authorities pay attention and may be influenced by it nonetheless.

Examples of ‘vulnerability’ which were uncommon proved equally interesting; factors such as addiction, carer status or relationship breakdown were the least commonly referred to, despite their influence on an individual’s capacity to manage finances and keep up to date with essential bills. To put this in context, Carers UK estimate that there are currently 370,000 unpaid carers looking after family members and friends in Wales (here).

It is not difficult to envision the financial turmoil which may arise from struggles with addiction for the 6,542 individuals who were referred for medical assessment arising from drug or alcohol problems in just the first three months of 2018. Relationship breakdown is also an incredibly common factor reported by frontline debt advice staff, 36% of whom identified daily contact with a client with these circumstances. These factors are uncommonly acknowledged as causes of vulnerability in Wales and the reasons for their exclusion represent compelling avenues for further research.

Looking at the finer language choices within the texts, a strong perception of vulnerability as a scale or hierarchy emerged. This was apparent in the use of qualifying descriptors. For example, references to illness or other circumstances were often qualified as ‘bad’, ‘severe’, ‘serious’ or ‘acute’. Identification with one of the identity-based examples discussed above will not itself mean that a local authority will identify someone as vulnerable unless their circumstances are at the extreme of this hypothetical hierarchy. Frequent use of qualifiers such as ‘genuine’ highlighted a concern of local authorities about dishonest claims to vulnerability. In addition, specific time requirements were implied when using descriptors such as ‘long term’, ‘sudden’ or ‘recent’. It appears that the identity-based examples of vulnerability, which are potentially wide in scope, are narrowed through this use of qualifying language. This may be symptomatic of the finite resources of local authorities which can only be allocated to those at the extremes of vulnerability.

Overall, approaches to vulnerability in Wales cannot be described as unified or consistent across local authorities. However, some common themes exist which collectively demonstrate how the definition is limited to certain groups through language and often represented as exceptional rather than inevitable.

Jennie is a PhD Student at Cardiff University's law school. She is currently looking at the use of bailiffs by public authorities and approaches to vulnerability

Our print magazine is Proof. Contributors include Michael Mansfield QC, Bob Woffinden, David Rose, Eric Allison and Ian Cobain.
Buy Proof Magazine
The latest issue (Why legal aid matters) includes Helena Kennedy QC and Martha Spurrier in conversation, David Conn on the legacy of Hillsborough - plus how to build your own law centre.
Jennie is a PhD Student at Cardiff University's law school. She is currently looking at the use of bailiffs by public authorities and approaches to vulnerability