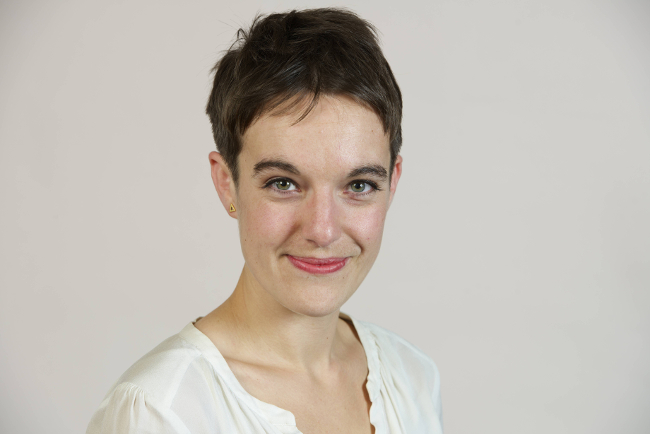 The recently appointed director of Liberty, Martha Spurrier, this week used her first public appearance since succeeding the newly-ennobled Shami Chakrabarti to mount a staunch defence of the Human Rights Act. In a wide-ranging conversation with veteran human rights barrister and Labour peer Baroness Helena Kennedy QC hosted by the Human Rights Lawyers Association, Spurrier described the campaign against repeal of the Act as a ‘major priority for Liberty and everyone who cares about human rights’ over the coming years.

Kennedy told the audience that, just a few hours before the event, she had been dressed in ermine to welcome Spurrier’s predecessor to the ranks of Labour peers in the House of Lords. The media furore surrounding Chakrabarti’s nomination for a life peerage by Jeremy Corbyn after she chaired an inquiry into anti-Semitism for Labour went unmentioned, with Kennedy simply describing her introduction to the upper chamber as ‘a great moment’. Chakrabarti announced that she would be stepping down from Liberty at the beginning of the year, and the task of leading the campaigning organisation now falls to Spurrier.

Having practised as a public law barrister at the prominent human rights set Doughty Street Chambers – which also counts Kennedy amongst its members – Spurrier has an understanding of abuse of state power in the context of prisons, the police and mental health institutions. During her conversation with Kennedy, she also revealed that her experience volunteering at Wormwood Scrubs after university enabled her to see why it is so important that the people in charge of prisoners act with scrupulous fairness, given the ‘uniquely soul-destroying’ environment.

The transition from lawyer to campaigner ought not to be a problem, given that Spurrier co-founded the Act for the Act campaign in support of the Human Rights Act last year. The campaign aimed to use the voices of ‘the everyday people and families who in times of great distress and difficulty suddenly needed the Human Rights Act’. Confirming that access to justice will continue to be a priority for Liberty, Spurrier said the strategy of using ‘human stories, featuring ordinary people with ordinary problems’ may also help shift the tide of public opinion on legal aid, which she described as ‘a fundamental part of the checks and balances of any democratic society’.

Kennedy asked what impact the outcome of the EU referendum might have on human rights reform and Spurrier envisaged ‘dangerous territory’ if the government is forced to make significant concessions in the Brexit negotiations, whereby repeal of the Human Rights Act might become ‘red meat’ to satisfy recalcitrant Conservative Leavers. Liberty does, however, have ‘good friends on all sides of the political spectrum’ and prides itself on being an independent and ‘cross party, non-party’ organisation.

Among those friends are David Davis, the Secretary of State for Exiting the European Union, a long-term ally to Liberty. Spurrier believes Davis is ‘committed to the Human Rights Act and doesn’t see Brexit as a way of weakening rights protections’. In this sense, he may stand apart from much of his party, for which replacing the Human Rights Act with a Bill of Rights is a manifesto commitment. While the proposed Bill of Rights remains unpublished, it is clear from Conservative rhetoric and policy that it will mean fewer rights for fewer people.

Responding to a question from the audience, Spurrier asserted that it is ‘absolutely fanciful if anyone thinks that a Conservative government will give us a British Bill of Rights that enhances our human rights protections’. Furthermore, a diminution of human rights protections in the UK could lead to mission creep and erosion elsewhere, resulting in ‘a very grave threat to human rights internationally’. However, she believes that the fight to save the Human Rights Act is a ‘winnable fight’.

Spurrier suspects that there will eventually be a consultation on a Bill of Rights which will ‘keep people busy and kick it into the long grass’, thus prolonging the ‘phony war’ over human rights reform which has meant the third sector has been afraid to talk about the rights of unpopular groups such as prisoners and migrants. She is keen that Liberty not only continues to tell the positive stories about ordinary people, but also defends the ‘hard edges’ where human rights protect prisoners and immigration detainees.

As well as its defence of the Human Rights Act, Liberty will focus its attentions on the Counter Extremism Bill and the Investigatory Powers Bill (described by some as the Snoopers’ Charter), both of which are undergoing legislative scrutiny with a view to reaching the statute books next year. Reflecting first on the Counter Extremism Bill and the ‘attempt to target activity which is non-violent’, Spurrier said this ‘appears to be an Orwellian attempt to police thought’. The government appears to have run into difficulty in defining ‘extremism’, and the proposed Bill has received sustained criticism from a diverse range of groups.

Turning to the Investigatory Powers Bill, Kennedy challenged Spurrier on whether it is ‘dangerous to overstate’ the case against state surveillance. The Liberty director responded with an articulate and measured yet passionate monologue, in which she maintained that the Bill would establish ‘the most intensive legalised surveillance regime in the world’ granting unprecedented powers to ‘institutions which can be self-corrupting’.

The importance of such institutions being transparent and accountable was, for Spurrier, highlighted by the evidence of South Yorkshire Police’s cover-up of what happened at Hillsborough. With the power to access and alter communications data, the opportunity for abuses of power by the state is ever greater. As Kennedy noted later in the evening, ‘power is delightful, but absolute power is absolutely delightful’.

Following Spurrier’s eloquent denunciation of the Investigatory Powers Bill, Kennedy declared with approval that her guest’s speech ‘would pass the John Humphrys test’, and it is easy to imagine the new Liberty director thriving on the Today programme or Question Time. If the battles to come on human rights and civil liberties are to be won, Spurrier will need all of her powers of persuasion with both politicians and the public. On the evidence of this performance, she might do rather well.

One response to “‘Dangerous territory’ for human rights: Martha Spurrier in conversation with Helena Kennedy”