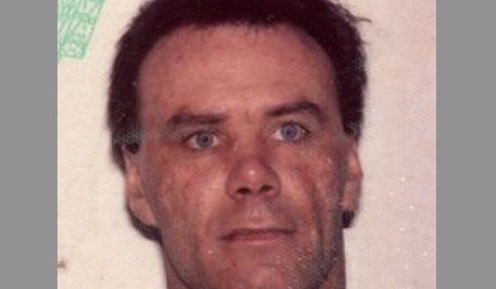 When Victor Nealon was sat in his prison cell after yet another rejection by the Criminal Cases Review Commission in 2002, he may have wondered whether he would ever get his liberty – never mind receiving an actual apology for what has happened to him.

Yet in last night’s File on 4 documentary (Miscarriage of Justice) on Radio 4 that is exactly what the chairman of the CCRC Richard Foster delivered. Of course, Victor Nealon has yet to receive a written apology but the action is nonetheless significant for important reasons.

There is, of course, no doubt that in this case the CCRC did get it badly wrong. Its reliance on false assurances from the police that forensic investigations had taken place when it first asked in 1998 was wrong and its further rebuffing of Victor Nealon in 2002 on the basis that ‘the Commission does not undertake speculative tests’ was simply indefensible.

Cases should not be decided by policy but by an individual assessment of the case and its merits. It is thankfully not a policy the commission would now support.

However we remain today at risk of such policies and the risk of this is never more apparent than in the current review of the Supreme Court of the case of Kevin Nunn which seeks to overturn a judicial review decision found in favour of the police allowing them to restrict access to exhibits in miscarriage cases. The full dangers of this approach were made evident by all contributors to last night’s programme.

It is simply wrong to deny someone who says they are wrongfully convicted the opportunity to be able to ever prove that innocence.

Sea-change at the CCRC
The apology tendered by the CCRC to Victor Nealon is illustrative of something of a sea-change in the commission since the appointment of Richard Foster some five years ago.

We have seen a much greater openness in the CCRC and a willingness to engage more directly with appellants. There have also been some impressive appointments in terms of commissioners.

However the Commission still remains very much a work in progress.

The Commission has, for example, seen an increase in its workload which has not been equally matched by funding. It still lacks the required section 17 powers to fully investigate both private and public bodies.

The Nealon case itself has also exposed the dangers of an over reliance still upon ‘desktop reviews’ relying on police assurances which were not true. As David Jessel the investigative journalist and ex – commissioner put it the the CCRC remains ill equipped to adopt the sort of investigative approach required in many of these cases.

The Commission recently had an evidence session before the Justice Committee in January (as reported HERE) and as a result several individuals and bodies have been asked to submit evidence to the MPs. Now is the time to launch such a review to see what has gone wrong in cases such as Nealon and to use the process to empower the commission to do a more effective job going forward.

Richard Foster at the end of last night’s programme talked up the Commission’s successes – and no doubt there have been many – however this cannot hide the fact that the commission’s current rate of referral is at its lowest level (now under 2%).

And what of this apology? Well it is certainly to be applauded that the CCRC was prepared to make it – if only to a BBC documentary crew.

The problem is we operate in a criminal justice system in which the machinery of justice finds it almost impossible to admit its mistakes. For example the Court of Criminal Division does not declare appellants innocent and rarely offers any apology to any person appearing before it.

The state had a system of financial redress for those wrongfully convicted but this has now been restricted by Parliament to the point that only the exceptional case is eligible – see HERE (the test that must be satisfied is that, as a result of the newly discovered fact, they can show beyond reasonable doubt that they did not commit the offence).

Clearly, anybody assessing the evidence fairly in this case would conclude that Victor Nealon can show that – and it would be a matter of public scandal if Victor Nealon after his 17 years in custody was not to be compensated by the state.

Finally, there is the police who continue to review this case as part of a major crime review. There is no doubt that serious questions arise over how this case was conducted, how forensic evidence was withheld and how the Crown Prosecution Service, court and The CCRC were misled.

In an atmosphere where the very integrity of the police service nationally is at stake, it is to be hoped that the police will not try to hide away from what happened in this case but rather confront it in the best interests of the two victims this case now has – the original victim whose attacker is still at large and Victor Nealon who suffered 17 years in custody as a result.

There is no doubt that last night’s documentary was a powerful indication that we are at a significant moment in how we deal with miscarriages: the past failings of the CCRC are now exposed into the full light of public scrutiny and how it responds to that going forward will be vital for all those like Victor Nealon who rely upon it.

We must equally hope that the Supreme Court recognises, as a result of cases such as Victor Nealon, that it would be wholly wrong to restrict access to exhibits in cases that genuinely warrant forensic testing or re-testing.

We are facing the likelihood of an unprecedented increase in miscarriage cases as a result of the changes to our system including the severe cuts in legal aid funding. Our system currently is failing many of those who are wrongfully convicted – what hope for the future then?