‘Crisis management and firefighting’: court workers speak out about closures

‘Crisis management and firefighting’: court workers speak out about closures 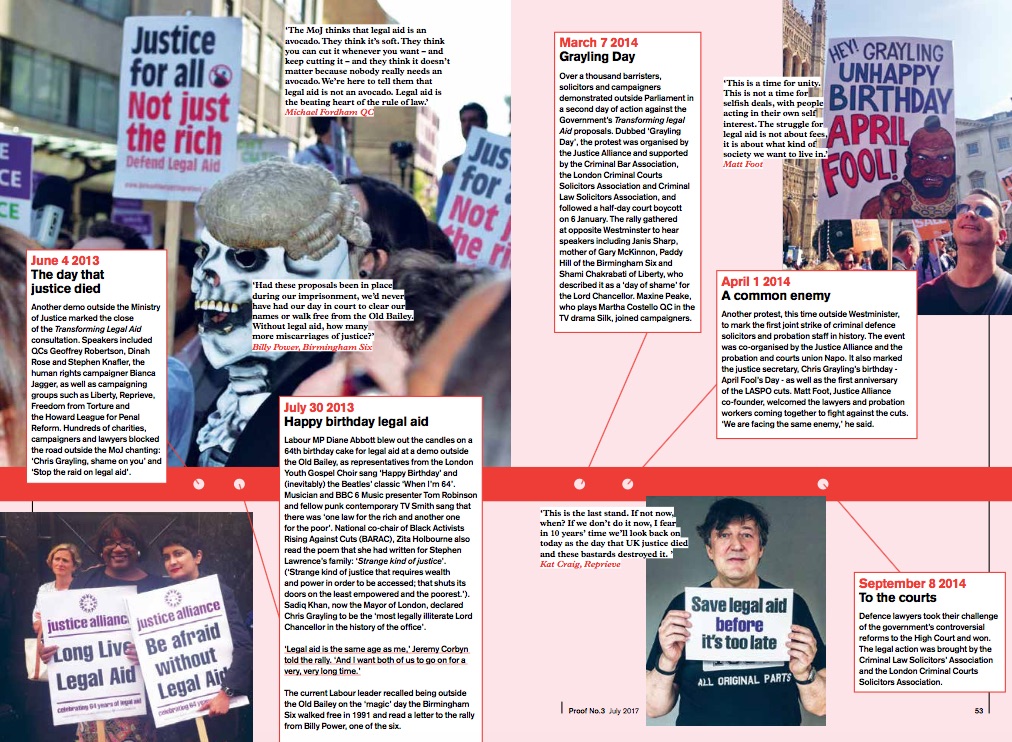 Four out of five court workers felt that the court reform programme would have a detrimental impact and two thirds believed that court users would receive a worse service, according to a survey of court staff by the Public and Commercial Service Union (PSU). The results of the research were revealed at a meeting called by Justice Alliance and Transform Justice, in response to a new House of Commons’ Justice Committee inquiry into the implications of the £1.1 billion programme of reforms underway in our courts.

A PSU representative, who did not want to be identified because she was also a court service worker, argued that the reforms were driven by the target 40% Ministry of Justice budget reduction in the ten years ending 2020, ‘rather than any genuine desire to improve access to justice or service’.

Life in the courts was one of ‘workarounds, crisis management and firefighting’, she said. A survey of the union’s members last year found that only 21% thought that where changes were being made within HMCTS they were for the better, and only 33% agreed that reform will mean people using the service will receive a better service. The PSU member described the court service’s engagement with its members regarding court reform as being ‘at best poor and at worst non-existent’.

The programme of reforms, which started in 2014 under the then Justice Secretary Chris Grayling, and has since expanded, aims to create services that are digital by default and design, including digitising paper-based services, moving cases online, introducing virtual hearings, and centralising customer services. It also involves court closures.

According to the PSU, by March 2023, the HM Courts and Tribunal Service (HMCTS) aims to employ 6,500 fewer full-time equivalent staff, spend £2.4 million less on physical courtrooms and reduce annual spending by £265 million.

Campaigners were concerned that the court reforms being rolled without proper research into the impact on access to justice. There was ‘tons’ of user research that was not in the public domain, said Penelope Gibbs, founder of Transform Justice, and there had been no public consultations on ‘swathes’ of the programme so far and ‘very little’ parliamentary scrutiny.

Rhona Friedman, a criminal defence solicitor and co-founder of the Justice Alliance, said that whilst there were advantages to working digitally, there were ‘huge concerns’ about some of the impacts of it, ‘none of which have been openly consulted on’. ‘Often the tech doesn’t work’ at video hearings, Friedman pointed out, and you have ‘physically disenfranchised people sitting in a video booth in a prison who just think that the process that they’re involved in, in which they are the defendant and on which their life depends, to some extent, is going on around them in an often farcical way’.

Penelope Gibbs highlighted that no research or data had actually been collected on the impact of video hearings in the criminal courts since their introduction in 2000, making the idea of introducing them into the civil courts without research ‘odd’.

Citing the ‘massive’ increase in video links being used by the US Immigration under the Trump administration, which has coincided with a drop in the legitimacy that’s prescribed to those processes, Friedman said that her ‘fear’ is that we are going to experience that same legitimacy issue here in the UK.

Friedman described her concerns around the security of the digital processes. She said she had accidentally dialled into a supposedly secure link between a probation officer and high security prison, whilst trying to connect to a client in the prison, and could hear everything. ‘It doesn’t give me a lot of confidence in terms of malign interventions in my, what should be legally professionally secure conversations with my clients, sometimes in very difficult and controversial cases’, she said.

Sue James, supervising solicitor at the Hammersmith and Fulham Law Centre, raised concerns about the impact of court closures on access to justice. So far the government has closed 258 courts since 2010 and could close many more.

James stated that following three court closures in Hammersmith, her work was moved to Wandsworth, and it is now proposed that her work will be moved to Clerkenwell County Court, which is operating with reduced staff and has already been sent work from Bow County Court and Lambeth County Court following their closures.

James said it was a ‘long way for my clients to go’, approximately 70% of whom have protected characteristics such as mental and physical disabilities with very little money for travel, which of course ‘has repercussions for access to justice’.

There had been ‘no analysis’ about what impact moving across the river had on clients, James argued. ‘We don’t know how many people have not made it [to court] to save their home.’ She highlighted findings from research conducted by Dr Olumide Adisa on the impact of magistrates’ court closures in Suffolk. The research found that Suffolk clients were having to travel 40 miles to get to court, which resulted in defendants simply not turning up for their hearings. This led to a 10% increase in arrest warrants in that area of Suffolk as the police were having to go and arrest defendants for failure to show and deliver them to the court, effectively acting as a ‘taxi service’ for HMCTS.

HMCTS has publicly committed to ‘using insights from external research and academia to validate and challenge’ their approach to evaluating the impact of the reform programme. The Legal Education Foundation (TLEF), together with academics from UCL and the University of Oxford, organised expert workshops to help produce a set of recommendations to inform the development of ‘a robust evaluation framework’ and have subsequently produced a draft report of the same.

Dr Natalie Byrom, the TLEF’s director of research, stated that it had been made clear from the workshops that in order to understand the impact of court reform on the fairness of the justice system, HMCTS needed to commit to collecting data on the outcomes and protected characteristics under the Equality Act 2010. The workshops also highlighted the existence of an ‘irreducible minimum standard of access to justice’ and argued that this standard should be adopted as the ‘basis for any evaluation’ of the reform programme. The irreducible minimum standard includes access to the formal legal system; access to an effective hearing; access to a decision in accordance with substantive law and access to remedy.

‘The current reform programme is fundamentally altering the processes through which justice is delivered, and as such, it is incumbent on reform leaders to demonstrate (or create the data that enables others to demonstrate) that new systems do not impede access to justice’, the group argued.

‘We are going into this huge new change on an evidence basis which is incredibly thin with indications that it might prejudice access to justice in many ways,’ said Transform Justice’s Penelope Gibbs.