Covid-19 and the threat to a Fair Trial 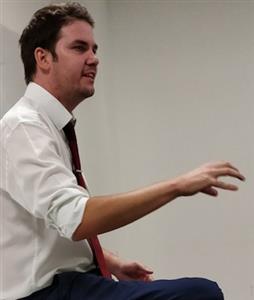 Covid-19 and the threat to a Fair Trial

In the midst of the Coronavirus outbreak, the Lord Chief Justice, Lord Burnett, decided that as of Tuesday 17th March, no new trial should start in the Crown Court unless the case is expected to be shorter than three days.

This is a departure from the guidance issued by the Ministry of Justice which until, Tuesday recommended that any juror who is feeling ill should stay away from court. However, with a large portion of the country shutting down and working from home, there has been growing pressure for action. Does this measure of restricting jury trials go far enough?

Scotland have taken a more drastic approach and there will be ‘no new criminal jury trials… or new juries empanelled until further notice.’ This measure is designed to protect the health of all court users. If trials have already commenced, they will continue to be heard until conclusion, if it is practical to do so.

The Chair of the Bar Council, Amanda Pinto QC, suggested that sitting on a jury during the outbreak of Covid-19 is akin to playing ‘Russian Roulette’ with the health of the juror.

However, it is not only the juror who is at risk; there are also inherent risks for lawyers, defendants, court staff and other members of the public. In a bid to abate the health risks to all, jurors should not be expected to attend court when the vast majority of the country are avoiding non-essential contact and working from home. Having courts sitting under the auspice of ‘business as usual’ does not reflect the reality being faced by the rest of the country.

The question is, what can be done to ensure the criminal justice system continues to run? There has been talk of more video links being used but is this an adequate answer to a very complex problem?

Since 2009, magistrates’ courts have been able to conduct first hearings via a live link between the court and the police station, meaning the defendant can ‘appear’ in court without being physically present. In 2016, The MoJ stated in Transforming Our Justice System, the ambition was for all cases to begin online, with some cases carried out entirely in this ‘virtual court.’

By 2018, The House of Commons Committee Public Accounts reported that the digital transformation was in jeopardy owing to the ‘poor progress measures’. Wider issues also surround virtual courts. The idea of open justice and the public being able to watch the majority of trials in England and Wales is one of the fundamental pillars of our criminal justice process.

This transparency is somewhat lost by using video-link. A 2017 report by Transform Justice suggested that appearing on video can increase a feelings of both isolation and stress for defendants. This is particularly true for those with mental health concerns, learning disabilities or requiring any other form of support. It is hard enough to recognise these requirements in person and it will be harder still via a video link. Transform Justice further suggest that video links further reduce the defendant’s understanding of the process. As such, virtual courts and video links may not be the correct way forward.

In recent years, there has been pressure from politicians and campaign groups to devise an alternative to jury trials. This is especially true in cases of rape where the perpetuation of ‘rape myths’ might lead jurors to acquit defendants. In 2018, Labour MP, Ann Coffey suggested that alternatives to jury trials in rape cases ought to be considered. She suggested that women and girls are routinely ‘blamed’ for rape which leaves the defendant often being ‘absolved’ of his crime.

In a Guardian article, she cited the case of Ched Evans as an example. She further highlighted a case in Cork, Ireland where underwear belonging to a 17 year old complainant was described to the jury in detail and intimated that wearing this garment meant that she was ‘open to meeting someone.’

Despite these problems, juries remain a fundamental component of a right to a fair trial and the conviction rate ought not to be the principal test if the system is working. The jury system is a core part of our justice system, even if it flawed and few viable alternatives exist. We could move to a process that resembled the Diplock Courts of Northern Ireland, where a judge will sit alone, without a jury and decide the case. Although, having a judge deciding cases alone could lead to ‘case hardening’ and further impact fair trial rights.

With the daily spike in new cases of Covid-19, it is hard to imagine the courts being able to function for much longer, even if Crown Court trials will be shorter than three days. The alternatives to jury trial are video link (which would protect all concerned from infection) or having the judge sitting alone.

The latter would have stark ramifications for fair trial rights and does not adequately address the health concerns currently faced by the country, as lawyers, court staff, defendants and judges would all still need to be in-person. The former is fraught with problems which not only impact the well-being of the defendant but also could suffer from technological difficulties.

Only yesterday, major mobile phone providers were failing to cope with demand and people struggled to get coverage around the country and there have already been concerns raised about the quality of the video links, from audio and visual problems to other technology failures. In the interests of justice and fairness, perhaps criminal proceedings ought to mirror the approach taken in Scotland and be halted for the time being. Those who would be subjected to criminal proceedings can electronically monitored.

There are difficult decisions ahead and in the interests of the health of all involved. These need to be made swiftly.

Right to trial by jury could be restricted to ease…
Covid-19 update: Jury trials to resume from next week
'All hands to the pump': courts to extend hours to…
Home Office urged to suspend ‘hostile environment’…
Covid-19 update: More than a thousand prisoners…