‘Compared to politicians, judges are seen as paragons of virtue’

‘Compared to politicians, judges are seen as paragons of virtue’ 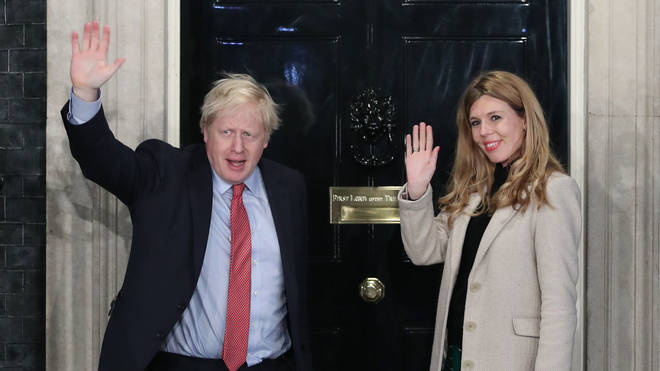 It is a tragedy that on hearing that Carrie Symonds is expecting her first baby, the nation’s first thought was that the timing seemed a little suspicious. Announcing a pregnancy- and a marriage- on a gloomy Saturday afternoon in February, mere hours after the Home Office’s permanent cabinet secretary, Sir Philip Rutnam, has resigned amid a flash of cameras and a promise of a lawsuit, is not so much throwing a dead cat on the table, as throwing a vicious, caterwauling, scratching specimen on the cabinet table and performing a vivisection then and there, live on television for the nation’s consumption.

Unfortunately for the soon-to-be Mrs B. Johnson number three, however, tragedy is this government’s watchword. It is a tragedy that a Chancellor should be asked to offer up his spine in exchange for remaining in post. It is a tragedy that an MP who could justifiably be accused of treason was made Home Secretary.  It is a tragedy that a history graduate with misplaced confidence in his understanding of scientific theories and an unfortunate blind spot for eugenicists should have the prime minister’s ear. And the greatest tragedy of all is that a mendacious, philandering and feckless MP, operating under the hubristic assumption that he is the heir to Winston Churchill, should finagle his way into the greatest office in the land. So Carrie can’t say she wasn’t warned.

What this announcement truly reveals, however, is that this is a government which is terrified of scrutiny at any level.  It is terrified of scrutiny from the civil service, from the courts, from the media, and most of all, from the people.  And as its mandate ultimately comes from those people, it is doing its utmost to ensure that it isn’t scrutinised- or at least, that the people don’t see it scrutinised, and if they do, that they don’t believe any of the critiques that may sneak out.

All of these great estates pose a significant threat to this government’s survival, but it is the courts that are the most dangerous. Not only do they rely on facts, evidence and reason, but they are broadly trusted by the people.

Compared to politicians, judges are seen as paragons of virtue, with polling suggesting that they are the most trusted organ of the state: 81% saying that they trust the judiciary, in contrast to the 14% who say they have trust in our politicians.  That this polling took place after Brexit and the two Miller decisions suggests that the government has more work to do, if it wants to convince the people that we have a partisan, activist judiciary, rather than one that is independent and affirms constitutional fundamentals.

It is such a desire to see the courts’ legitimacy eviscerated that has motivated the recent attacks on the judiciary, and why we saw Suella Braverman elevated to Attorney General.  This is a government that wants to remove itself from the judicial gaze, drafting legislation that prevents judges from peering too closely at its actions, or, ideally, tying the judiciary’s hands, forcing them, as Professor John Finnis has written, to deal only with cases of individual wrongs- not government policy writ large.  Laws, whether domestic or international, should be things that only the little people have to bother about- not governments. Irritating gadflies, like the need for customs checks between Northern Ireland (still in the EU’s customs union) and the UK mainland (emphatically not), should be swatted away by helpful legal advice drafted by compliant Attorneys-General, which conclude that we don’t need to be bound by  international laws.

But the courts are only a single limb, and the civil service, long a foe of the Brexiters for their frustratingly strong grasp on reality and their understanding the pragmatics of global trade deals, also contains resistance that must be disarmed.  Priti Patel’s dealings with them are archetypal, as they try and explain to her that her ambitions might not be achievable in the reality we currently live in. She denigrates and abuses them, trying to sack longstanding members of staff so she can replace them with people she trusts, while ordering the police to cut crime, as though telling people very firmly that something must happen will make it do so.

Earlier this month, Mark Thompson, the director general of the Home Office’s immigration wing, resigned after ‘run-ins’ with Patel. He was apparently ‘uncomfortable’ with her policies, chief among them presumably the idea that we need to ‘economically activate’ the students, the disabled and the retired rather than allow some migrants from Eastern Europe into the country. Before this, another civil servant, almost as senior, was tasked with deporting individuals that the Court of Appeal had just ruled could not be deported, and then collapsed after working through the night, straining to bend reality to Priti’s will, and ending up in hospital as a result.  And today, we see Sir Philip depart, the victim of a ‘vicious and orchestrated campaign’- orchestrated, as he sees it, by a vindictive Home Secretary who wanted him gone.

Nor is she the only minister to have problems with the civil service, with Michael Gove referring to them as the ‘blob’, shortly before he told the world that he had had ‘enough of experts’.  That the civil service can be difficult is to be expected, with civil servants, accustomed to doing things in a certain way, unsurprisingly reluctant to see dramatic changes imposed across the board.  Yet for the government to belittle them so consistently is deeply damaging, demoralising the current batch of civil servants (while forcing them to resign or comply), and simultaneously diminishing the odds of the civil service attracting anyone remotely competent in the future.  Of course, this may be the purpose, with this government desirous of a coterie that will echo its reality-devoid policies, rather than individuals who point to inconsistencies in the bottom line.

The final group, technically beyond the tentacles of the government, is the media. Here, it is important to note, it is ‘not all media’.  The Telegraph, the Daily Mail and the other outlets who are happy to propagandise on behalf of the government are welcome at Boris Johnson’s dinner table- or indeed, at Downing Street briefings.  For the rest, those who dare to ask awkward questions like ‘how do you expect a faster train line between Birmingham and London to ‘level-up’ the North?’ or ‘when are those German car manufacturers David Davis has so much faith in going to get involved?’, this government wants to leave out in the cold.

So far, the media has stood relatively firm in the face of such blatant manipulation. To the lobby’s credit, when the government tried to cherry-pick journalists for a briefing, they stood firm, arguing that it was a briefing for all or a briefing for none.  But the press are not immune to market forces, and headlines that focus on the prime minister’s attractive partner and their prospective baby will probably sell more papers than the resignation announcement of a middle-aged civil servant no-one’s ever heard of, even if he is apparently quite important.

Alongside all of this, we have seen a prime minister who is happy to retreat, rather than face scrutiny.  Not only that, but some praise him for doing so, with a member of the public in a vox pop prosaically noting his presence wouldn’t help with the flooding anyway, and, more alarmingly, suggesting he was probably doing something ‘more important’ instead.  It is this attitude, empowered by Johnson’s ‘man of the people’ schtick, which is most dangerous, as it insulates him from criticism, rendering him and his government invulnerable. If Johnson can inculcate such faith in the public at large, while using parliament to shackle the other parts of the state apparatus- that is when we must be truly concerned. An announcement of the impending patter of tiny feet on the carpets of No. 10 is merely a small part of the plan.

'Perhaps a decent lawyer could have got Cummings off, but it…
Michael Gove on the Tories' 'New Deal'
Government acknowledges FOI 'clearing house' but denies…
Appeal judges dismiss challenge to Home Office paying…
'Crumbs off the table': defence solicitors respond to legal…