Cometh the hour, cometh the Keir

Cometh the hour, cometh the Keir 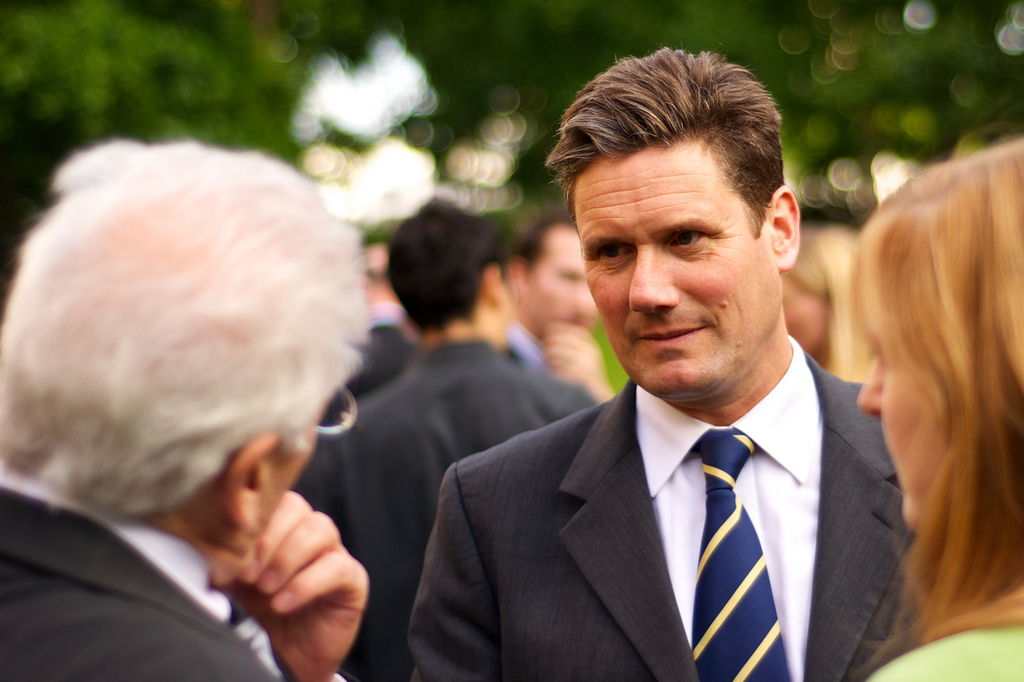 COMMENT: As a child growing up in the late 1970s I was obsessed by the drama Crown Court. From memory a low budget yet popular series which would become a template for many similar dramas in the future.  Coming from quite a poor area with parents that worked in the tool making industry, I wanted to be like these barristers interrogating people over their alleged crimes.

As I got older I realised that my poor state education, coupled with parents that showed little interest in my education as long as it was better than theirs, would mean it was virtually impossible for me to realise my dream. Nonetheless my fascination with the law continued and I ended up for some years in the police service. A career which held little intellectual stimulus for me. I went into business – my natural home, I dare say – problem solving in a different way all over the world.

It is this fascination with the law which brought Keir Starmer to my attention some years ago. I read an article in which Keir was touted as Labour’s most likely leader of the future. With interest I followed his career as Director of Public Prosecutions. Always articulate, strong and confident of his decisions. In many ways Keir Starmer is the man I dreamed I would be as a boy – the great champion of human rights, an articulate QC backed by the admiration of his peers and now with a political career, high expectations and a chance to set out his vision for our nation.

My political interests were formed during 1997 when, like so many, I craved something other than Thatcherism. I admired Blair in the early years as a figure (so sad that he was so divisive for the party). After Ed Milliband’s defeat, the recognition of our intellectual dishonesty became very clear to me on May 8th as the Tories exceeded all expectations.

The answer to me was clear – it is not policy that wins elections, it is leaders. Time and time again we have witnessed this plain truth – it doesn’t matter how joined up your policy is, how left or right – without the right leader, you cannot win.

Keir Starmer is a man who knows what it takes to win. Who has proven record of winning in many notable cases like McLibel. Maybe it was to ease my bitter disappointment – or perhaps it was a truth I knew all along – but the hashtag #keirforleader was born on May 8th.

My partner quickly came to the conclusion that I was mad. But a week went by and a few others saw the wisdom of appointing a new leader from outside of conventional politics but with all the skills and leadership ability required to lead the party.  None of us seemed to care very much that he was a new MP.

In fact, for many of us saw that as an asset – no loyalties to Blair or the left factions plus he was separated from our election defeat. One of my followers suggested a Facebook group and a #keirforleader page (which attracted 300 ‘friends’ in less than one day). Clearly it was not just the ravings of a child who dreamed of being barrister and failed to be so.

The X factor
Here it was again that magic spark, the X factor we find so difficult to understand in certain personalities that puts them ahead of the rest. By the time the Guardian picked up the story, #keirforleader was trending. Not for long but long enough I suspect to give the man himself a shock. For four to five days, there wasn’t a tweet from him – despite many thousands he received calling for his nomination.

V flattered by #keirforleader initiative and thanks for so many supportive messages but Labour needs s/one with more political experience.

I have always believed (as I told the Guardian) that Keir Starmer wants to lead this party and be Prime Minister, to me it is as certain a fate as any I have seen in politics in my lifetime.

Thousands of other people now share this view. The Keir brand has been strengthened by our campaign and we have contributed and I hope fast tracked his intentions to lead this party. At the age of 57 he would be the oldest PM in 2020 in a generation. This country, in my view, is tired of the upstart, inexperienced boy wonders of politics with no career or track record of any note outside of politics. Is this not part of the appeal of Nigel Farage? Love him or hate him he looks like he’s been around the block a few times and his language is perceived as honest and at a street level.

I believe that Keir’s working class upbringing, his sharp and devastating intelligence, his human rights campaigning work, and proven DPP leadership skills, make him the Labour party’s natural born leader – head and shoulders above the rest.

We have formed a movement as an offshoot of our campaign called ‘Modern Labour’. Its key narrative is we have had enough of the stale arguments of left vs right.

We call for an experienced non-jaded leader that can find “common ground” for our party from which to move forwards. That leader must hit the ground running. Be able to take on the Tory bounce and diminish their arguments with precise and formidable intelligent reasoning. It’s needed for Scotland, on the EU, for social justice and a growing economy. That leader must be confident, robust, ruthlessly effective and possess a gravitas that outstrips the competition. For me that can only be Keir Starmer.

Not a messiah by any means – but given the odds, our only chance of victory in 2020. Let us not rush into this current contest and as Keir put it “presents itself as unity but is not.” #harriethangon you are still in charge, we need more time to pick a winning leader!

Narice is a founder of the #keirforleader. He is a 44-year-old businessman from East Lothian who describes himself as a disenchanted Labour supporter

Our print magazine is Proof. Contributors include Michael Mansfield QC, Bob Woffinden, David Rose, Eric Allison and Ian Cobain.
Buy Proof Magazine
The latest issue (Why legal aid matters) includes Helena Kennedy QC and Martha Spurrier in conversation, David Conn on the legacy of Hillsborough - plus how to build your own law centre.
Narice is a founder of the #keirforleader. He is a 44-year-old businessman from East Lothian who describes himself as a disenchanted Labour supporter

One response to “Cometh the hour, cometh the Keir”

'Making do with sticking plasters when we need…
Truancy should be a 'child welfare issue', say researchers
SEND reforms failing young people, say MPs
Study: Nine out of ten children in justice system…
One quarter of teachers witness the illegal removal…