‘Clearly, the law was missing something’

‘Clearly, the law was missing something’ 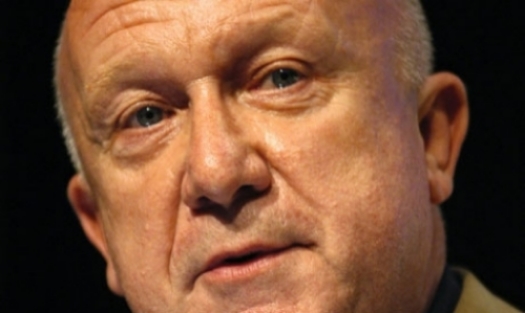 INTERVIEW: ‘I met one woman whose partner would leave instructions on a post-it note like. “Clean the house by the end of the day.” He would then hide the note somewhere in the house and if she didn’t find it and complete the task by the time he’d set, she would be beaten.’

This is just one of many stories recounted by criminal justice expert and parliamentary campaigner, Harry Fletcher, as he discusses a new campaign to strengthen the law surrounding domestic violence.

Fletcher hopes that the Domestic Violence Bill, co-authored with Elfyn Llwyd MP and others, will be supported by the government and pass through Parliament by the end of this year. In a first for UK law, it will target ‘repeated patterns’ of abusive behaviour and introduce the concept of ‘coercive control’ into criminal law, which Fletcher says lies at the heart of many instances of domestic violence.

‘Coercive control can range from physical violence and psychological torture to social isolation and financial control. What it leads to is women being too terrified to report the abuse and frightened of their partner if they do.’

Fletcher has accumulated many accounts from the victims of domestic violence. He tells of one young woman whose partner would refuse her access to a bank account and instead would give her a tiny amount to spend each day on food. He would then demand an account of what she spent and why. If this account proved to be ‘unsatisfactory’, such as when she bought cornflakes despite a quarter of a box remaining, she would be beaten savagely.

So how did the former general secretary of the National Association of Probation Officers (NAPO) of over 20 years’ standing come to focus on the issue of domestic violence? ‘I became aware of the problems surrounding domestic violence prosecutions whilst working with probation officers through NAPO. Time and again probation staff would express their concern that victims weren’t reporting domestic violence and were being intimidated by their partner.’

Fletcher continues: ‘Even if partners were convicted and placed on behavioural programmes, probation staff would notice that once the supervision ended, many went back to their old ways of abuse. Clearly, the law was missing something.’

Fletcher attended a Home Office seminar on violence against women, during which the inadequacies of perpetrator programmes was discussed. Two slightly harried crown prosecutors in the audience flagged up the lack of specific legislation that criminalised the various types of domestic violence hindered effective prosecutions.

Fletcher investigated the situation and found that indeed the UK, unlike many other nations, had no law that made domestic violence an offence in itself. ‘In 2013, we had a definition of what domestic violence was, but no legal framework to back it up,’ he says.

Filling the gap
The USA provided a rare example of how the legal system could be improved: states such as North Carolina and California showed that changing the law had a direct impact on the number of successful prosecutions.

What were these states doing differently from the UK? According to Fletcher, two things: addressing the totality of the abusive behaviour; and placing mandatory duties on the police and prosecution when investigating instances of domestic violence.

The Domestic Violence Bill is set to ‘fill the gap’ in current legislation by addressing the ‘totality’ of abusive behaviour that characterises domestic violence. It acknowledges the fact that abuse may take place over many years and may encompass varying forms of coercion that go beyond physical violence.

Is this broad concept of ‘coercive control’ in danger of capturing ‘ordinary’ relationships? Can you draw a line between controlling behaviour which is potentially criminal and the everyday tumults of an otherwise healthy couple?

‘If a couple aren’t getting along but there is no obvious violence and the partners are, on their own account, free to move around and, ultimately, to leave the relationship, it may be the case that they simply do not like each other or aren’t suited to each other.’

‘Abusive relationships are not the same. They all feature this element of control; whether it is financial, physical, psychological control, physical threats or actual violence,’ Fletcher replies.

Most provisions of the Bill are underpinned by a real-life scenario. For example, under the Bill courts can be required ‘not to disclose the current address or postcode of the victim’. This provision stemmed from the experiences of Eve.

Eve was a woman who finally got the courage to report her violent partner and successfully obtained a restraining order against him. She also managed to find a Women’s Refuge where she could live anonymously without fear of discovery by her partner. When attending court on an unrelated matter, Eve was asked by the judge to state her current address in open court. Realising that her partner might discover her only safe-haven, Eve refused. For this, she was threatened with contempt of court and prison. The move to protect women in similar situations has been dubbed, ‘Eve’s Law’, and is one of many subtle inclusions that seek to enhance the current safeguards for victims.

Harry Fletcher is no stranger to this type of targeted campaign work. His previous campaigns have successfully reformed the law on stalking, miscarriages of justice and prisoners’ health. More recently, he has become a director of a new organisation, The Digital-Trust, which provides resources to criminal justice professionals and victims of emerging forms of digital abuse. In all this, Fletcher has not forgotten the plight of the Probation Service, which continues to face erosion at the hands of increasing cuts and privatisation. ‘Mistakes will have to happen first before things get better’.

Policing the problem
As well as embodying the learned lessons of the past, the proposed changes to the law will mean compulsory training for the Crown Prosecution Service and police about the nature of domestic abuse and how to effectively respond.

Surely we have moved beyond the days of domestic violence being treated as just a ‘home problem’ by the police? ‘There has been change but not enough,’ Fletcher replies. ‘There is still a massive culture problem in the police when it comes to domestic violence.’

Fletcher tells me anecdotally of his friends in the police force who, ‘pour out their anger and grief,’ about a selection of male colleagues whose, ‘attitudes are terrible,’ and who still believe that domestic violence, ‘is not a real crime’.

How it is that the very people tasked with defending vulnerable victims still harbour these views? He replies: ‘The only few specialisations with vacancies left include those dealing with sexual violence and violence against women.’ This means that some men are coming into those departments for the wrong reasons.

2 responses to “‘Clearly, the law was missing something’”