Building a prison abroad is ‘the wrong use of foreign aid’

Building a prison abroad is ‘the wrong use of foreign aid’ 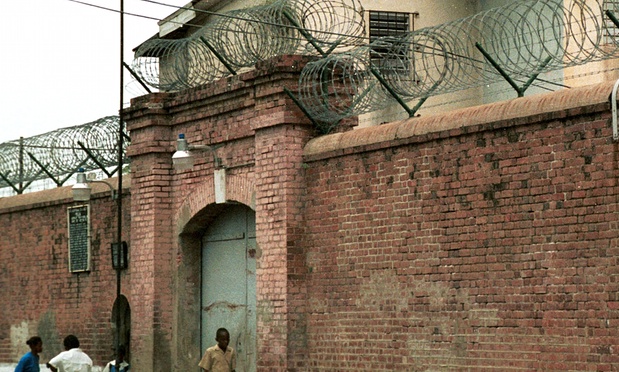 During a trade mission to Jamaica last week, Prime Minister David Cameron announced that the UK will be funding a new £25m prison project in the country. The move would mean that more than 600 Jamaican nationals, who cannot currently be deported because of Jamaica’s poor prison conditions, could be moved out of UK jails.

The decision has been widely attacked by charities representing prisoner’s rights, anti-slavery and the LGBTI community, who worry that it signals an avoidance of the real issues facing Jamaica.

Jamaica is third highest in the list of foreign countries with nationals serving prison sentences in the UK. Almost 70% of the Jamaicans in prison in Britain are serving sentences for violence and drug offences and the plan is that these individuals could be sent back to Jamaica to be incarcerated in a UK funded jail.

Despite the purpose of Cameron’s visit, other issues saturated the Jamaican and UK media. The Caricom reparations committee, a group set up by the pan-Caribbean organisation to lobby for compensation, for example publically requested an apology from the UK Government for its role in the slave trade.

One politician, Mike Henry, even urged his colleagues to turn their backs on Mr Cameron while he addressed the Jamaican parliament unless the issue was put on his agenda.

It appeared that the Prime Minister’s agenda was already full though as this and these other matters failed to be discussed. Simpson Miller, Jamaica’s Prime Minister, said that because of other commitments during Mr Cameron’s visit, she would have to raise the question of reparations during one-to-one talks with Mr Cameron at her official residence in Kingston.

Jonathan Cooper, chief executive of The Human Dignity Trust, said that ‘Cameron should be encouraging Jamaica to “move on” from retaining the archaic laws that oppress today’s vulnerable minorities.’ Using the UK’s foreign aid budget to build a prison in Jamaica clearly fell short of many activist’s expectations for the visit.

Across more than half of the globe, lesbian, gay, bi-sexual and transgender (LGBT) people can be convicted for having consensual same-sex sexual relations. The criminal law in Jamaica and in other places, often called the “buggery” or “sodomy” laws, is the result of out-dated penal codes imposed during British colonial rule.

Criminalisation encourages violence against LGBT people and puts them at greater risk of living in poverty and homelessness, and it radically undermines work to prevent the spread of HIV and AIDS. Moreover there is a case currently going through the Jamaican High Court claiming that the law that criminalises homosexuality contravenes international rights to privacy and non-discrimination.

The UK has committed to spending 0.7% of its GDP – about £12bn – on foreign aid. The persecution of the LGBT community and the ongoing legacy of the slave trade are issues that the Foreign and Commonwealth Office and the Department for International Development work tirelessly to overcome. This is an agenda that Mr Cameron could have raised while in Jamaica.

Frances Crook from the Howard League for Penal Reform, said that building a new prison in Jamaica was “the wrong use of foreign aid”, and would not solve the problem of overcrowding in British prisons.