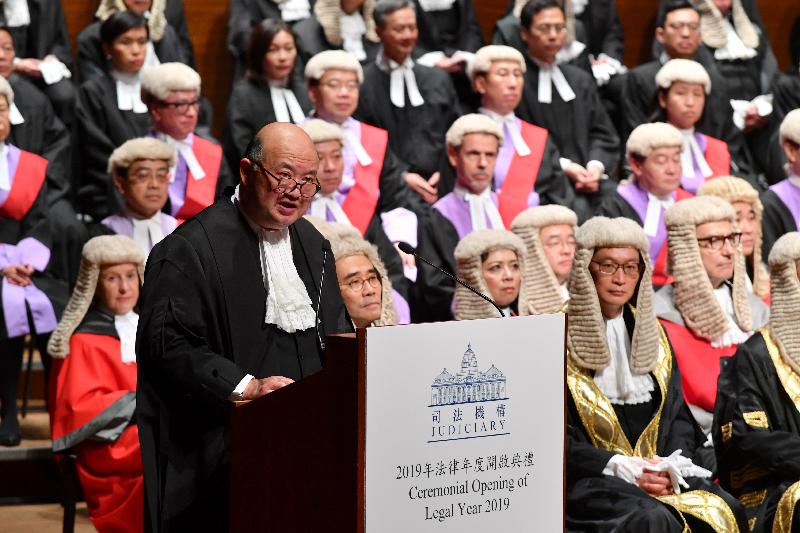 When Britain handed over Hong Kong to China in 1997, its democracy and independence was supposed to be assured.  Even if Chinese authority grew over the city state, the foundational principles established under British rule, including freedom of speech, were to endure for at least fifty years.  Hong Kong would belong to China, but it would be a case of ‘one country, two systems’.  It was in recognition of these foundational norms that British judges (including judges in the then House of Lords, and now Supreme Court) continued to sit on Hong Kong’s highest court, upholding Hong Kong’s Basic Law.

If the Sino-British Declaration had been maintained, this system would have remained in place until 2047 at the very earliest.  Hong Kongers would have continued to have special status, able to run their lives more freely, with the iron fist of China’s communist government held back by the force of the treaty.  Ironically, it was the willingness of Hong Kongers to embrace this special status, protesting against the authoritarian rule of President Xi Jinping and marching for their rights, that brought China’s fist thumping down.

In November 2020, some 37 years premature, the Chinese Congress passed the Hong Kong national security law.  It criminalised free speech, and established the ‘Office for Safeguarding National Security’ and the National Security Committee, with the latter’s decisions not public and ‘not amenable to judicial review’.

Even as protesters were dragged into Hong Kong’s kangaroo courts, and as China tore up international law, British judges continued to sit on the Hong Kong bench. In August 2021, Lord Reed, President of the UK Supreme Court (UKSC), issued a statement recognising the change in circumstances in Hong Kong, but still advocating for British judges to remain.

As I wrote at the time, this was wrong.  The presence of British judges gave – and continues to give – unjustified credibility to Xi’s regime. It grants the dignity of the British judicial system to an authoritarian government that is suppressing the rights of Hong Kongers, as well as one that is persecuting – if not committing genocide – against the Uighur minority.

Lord Reed has finally reached the only possible conclusion, issuing a statement this week announcing his resignation and that of his fellow UKSC justice, Lord Hodge, from the Hong Kong bench.  So far, the other British judges, including Lord Neuberger, the UKSC’s first president, continue to sit.  Given that the UK government has withdrawn its support for our judges, it seems likely that the rest will eventually follow Lord Reed’s precedent.

While this is the right decision, it is unfortunate that the Supreme Court judges took so long to come to it, and that they have not resigned en masse.   The moment at which a mass resignation may have had some effect – when China seized control and suppressed dissidents- has long passed, and the world’s focus is now on even greater horrors.

By continuing to sit while China squeezed tighter and tighter on Hong Kong’s liberties, the judges failed to fulfil their primary public law function, which is to scrutinise the government and to hold it to account.  The courts are not supposed to be the allies of the government (although nor should they be the opponents).  Instead, they are supposed to ensure that the scales of justice remain balanced.  By persisting on a court that was no longer free, the UK judges were unable to do this, instead appearing, as Lord Reed wrote, ‘ to endorse an administration that has departed from the values of political freedom…’.  It may be that the judges are still able to add some value to the other aspects of the legal system, but this is only because China wants them to.  They are not not upholding a genuine, independent legal system, but are pawns in a system over which they have no real control.

To this end, Lord Reed could have ended his sentence at ‘administration’.   Not only was it impossible for him to sit without giving dignity to an immoral, authoritarian regime, but it was impossible to sit without being perceived as being pro-government.  The nature of the legislation imposed on Hong Kong by China’s central committee means that there is no real defence for defendants charged with violating the national security law.  Any judge hearing such a prosecution (even if the UK judges were kept well away from the national security prosecutions) only has one realistic path open to them- to convict.  Any decision they reach must be suspect, with every decision tainted with the suspicion  that they are reaching it because the government wants them to, rather than because the merits of the case demand it.  Their role as neutral arbiters is kaput.

It is this need for independence that explains why the UK’s judicial appointments process must also be kept firmly out of the hands of the legislature and the executive.  In the past, this was achieved through the ‘old boys network’, with the right sort of candidates given a tap on the shoulder and a quiet word.  This has rightly fallen by the wayside, with the Judicial Appointments Commission now responsible for much of the process.  Judicial vacancies are advertised as with any ordinary job, and suitably qualified applicants are invited to apply.  For the Supreme Court, an independent panel made up of the President of the Supreme Court and representatives from the judicial appointments commissions is convened by the Lord Chancellor.  The panel then goes through the applications and interviews the short-listed candidates, before making a nomination to the Lord Chancellor. This nomination is either approved by the government, or the panel is asked to think again.

Within this structure, while there is some political oversight, albeit late in the process, it is not the focus.  Instead, it is the ability of the applicant be an effective judge that is the focus. The concern is not with the applicant’s politics, but with their intellectual ability, their equanimity, and their reasoning that the panel is concerned.  For those who argue for greater political involvement, whether through the executive or through the legislature, this focus would be eroded.  Even if it started with the very best intentions, America provides an all too visible example of what a circus these hearings can become.  Last week, the US Senate Judiciary’s Committee’s questioning of Judge Ketanji Jackson, Biden’s nominee for the soon to be vacant US Supreme Court seat, showed an unhinged Republican caucus. Senators like Josh Hawley and Ted Cruz were fixated with linking Jackson with paedophile sympathies and other conspiracy theories, not with assessing her ability to sit on America’s highest court.

Judges may be political, but they should not be a part of politics.  Once that Rubicon is crossed, whether through the government interfering in judicial independence or in scrutinising the political allegiances of judges, they can no longer fulfil their constitutional role.  Persisting in the hope of doing some good, as Lord Reed and his brethren doubtless were and are, is noble but misguided.

'Canaries in the coal mine' for judicial independence
Climate change protesters win High Court challenge against…
'Under Lord Reed, the court has retreated into itself'
Free speech and the culture wars
'It's payback time...'