Branded: the prisoners’ mark of Cain

Branded: the prisoners’ mark of Cain 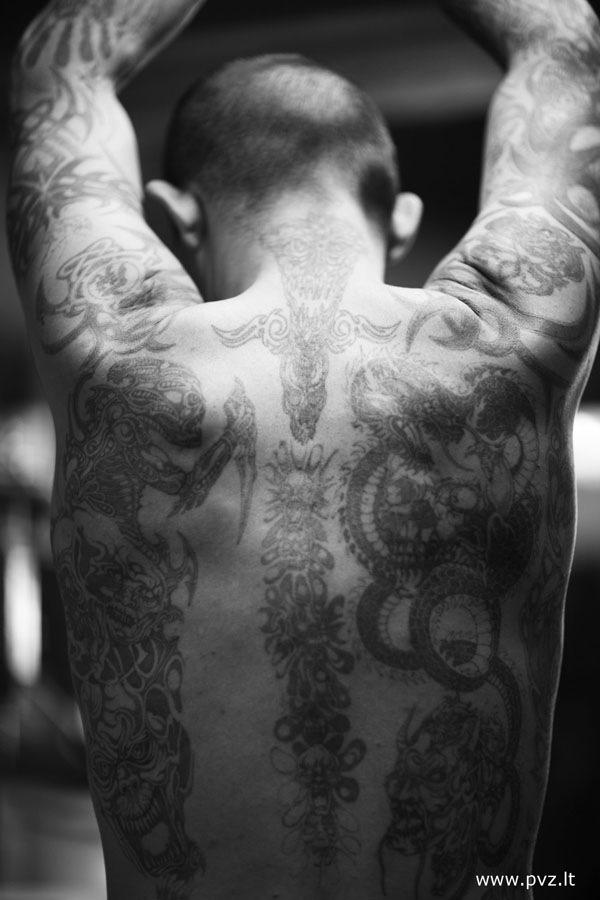 For those who haven’t any personal experience of our criminal justice system it might be imagined that the day an ex-prisoner walks out of the jail gate they are free. In fact, as almost every former con will confirm, that is the moment that the real consequences of imprisonment start to kick in – and these are many and varied.

Most newly released prisoners face a period under Community Rehabilitation Company (CRC) or National Probation Service supervision ranging from a matter of weeks or months right up to the rest of their lives, depending on the length and type of sentence. The usual determinate sentence is now a 50/50 custodial term, meaning that half of the total will be served in prison, followed by the same period on licence in the community.

While the licence is in force, the ex-prisoner is liable to recall to custody at any time if the risk of reoffending is perceived to have risen or if he or she has failed to keep to the terms of their licence conditions (or have committed a new criminal offence). Lifers released on life licence face the risk of recall until their deaths. There is a range of variations, including extended sentences, but the idea that a released prisoner is therefore ‘free’ is in many cases a myth.

Whilst on licence you will be told where you can live, where and when you are permitted to travel, with whom you can associate and what work you may be allowed to do. Although there are so-called ‘standard conditions’ that apply to everyone released on licence, some ex-prisoners have a vast range of extra conditions that can require them to report frequently to their supervising officer, as well as severely circumscribing their movements and activities. These conditions are linked to specific risks and most are imposed to protect the public or reduce the likelihood of reoffending.

However, even once an individual’s licence period has expired, the impacts of imprisonment can continue throughout his or her life, often in ways that are unseen. We still speak of a person being ‘branded a criminal’ – usually in the context of an innocent person having been falsely accused of committing an offence. Historically, branding (or tattooing) was used in many penal situations to provide a permanent mark of a person’s criminal past.

Tsarist Russia was particularly punitive and prior to 1846 a convict sentenced to hard labour would be – literally – branded with the initials VOR (‘thief’), with the V and R burned into the cheeks, while the O was placed on the forehead. This form of physical mutilation ensured that, like the Biblical ‘mark of Cain’, the person would be instantly recognisable to the rest of society as a condemned criminal until their dying day.

In 1846, the new Russian criminal code replaced the initials VOR with KAT (from the Russian term ‘Katorzhnik’ signifying a criminal condemned to hard labour). This punishment continued to be applied until 1863. The branded criminal was thus made into a permanent outcast from normal society, even if eventually released from custody.

Physical branding and tattooing, which were once also used in the English penal system, as well as the armed forces, gradually fell out of use, although like judicial ear-cropping and tongue-boring with red-hot irons they enjoyed considerable popularity during the 17th century. In the UK prison tattoos are now exclusively applied by prisoners to each other’s bodies, usually in return for payment, even if this is a violation of the rules. Russian prison tattoos are now so complex that there is even a three-volume encyclopaedia documenting the designs and their specific meanings within criminal society.

Anyone familiar with Victor Hugo’s masterpiece Les Misérables will be aware that the whole story is based on the idea of an ex-convict – Jean Valjean – trying to put his criminal past behind him after 19 years of hard labour in the galleys for stealing bread to feed his starving sister and then repeatedly trying to escape. He disappears and manages reinvent himself as a successful and respected businessman. Even though he eventually becomes town mayor under his assumed identity, Valjean remains the target of a relentless pursuit by Javert, a former prison officer who has become a local police inspector.

Javert is absolutely convinced that no former convict is capable of reform or redemption. Anyone who has done time will no doubt recognise a certain type of prison officer in Hugo’s description of Javert. Every prison wing probably harbours at least one.

By breaking his parole licence and destroying his documents shortly after his release from prison, Valjean is liable to be returned to penal servitude for the rest of his life. No matter how he has changed and regardless of the good he has done in his adopted home town, the ex-convict remains vulnerable to his secret being exposed. He bears the indelible mark of Cain, even if the physical brand isn’t visible.

These days, poor old Valjean wouldn’t stand a chance of reinventing himself, especially if on a long licence. Criminal records checks, DNA samples, fingerprints, facial recognition technology and his police mugshot would all conspire to ensure that he would be back in the slammer within hours or perhaps a few days. There is no escape. Indeed, forcible micro-chipping of convicts has occasionally been proposed by politicians chasing the law and order vote, as well as discussed enthusiastically in the tabloid media. Never say never. 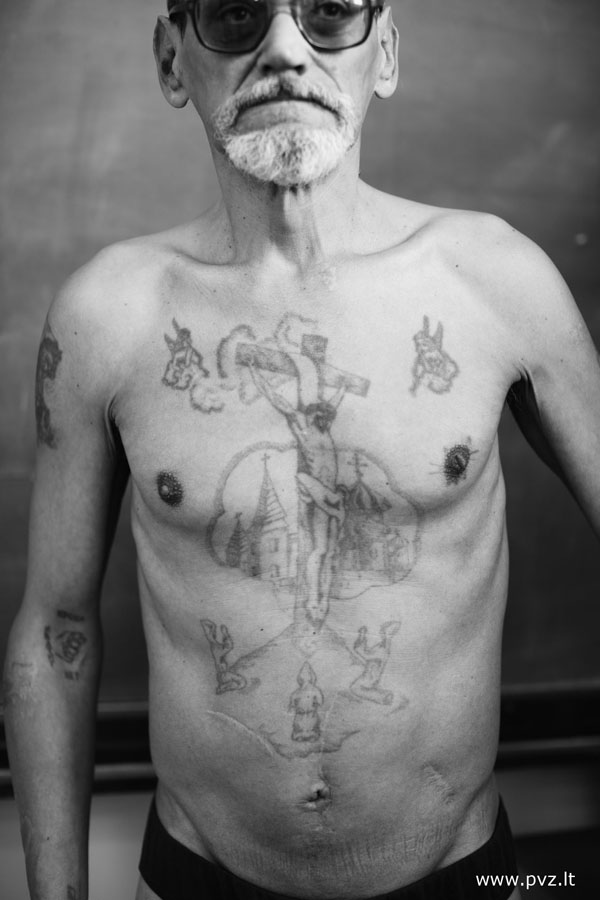 Today, a released ex-prisoner will continue to experience the consequences of imprisonment. Any criminal record, even for relatively minor offences, can still have a profound impact on employability, access to rented accommodation, insurance and many financial services. However, having served a prison sentence, no matter how short, raises the stakes to a new level. Most custodial terms are an effective and permanent bar from many professions or occupations.

Although there is provision for the rehabilitation of some offenders after a specified crime-free period which varies depending on the original sentence, no-one over 18 who has been sentenced to over four years in prison can ever be legally free of their criminal record. As things stand, they are deemed to be ‘non-rehabilitatable’, even if they manage to live a completely blameless and law-abiding life.

Gaps in a CV need to be explained. There are requirements for disclosure of criminal records to potential employers, as well as some insurers who will increase premiums in many cases. Failure to disclose can in itself constitute deception or fraud. Although certain employers will consider ex-prisoners, opportunities are usually limited even for those who have decent qualifications and vocational skills. Many ex-cons leave jail facing the grim prospect of spending the rest of their lives on state benefits.

Finding affordable accommodation can be a major barrier to resettlement upon release from jail. Individuals who are labelled ‘high risk’ will often be placed in approved accommodation (hostels or managed bedsits), but the majority of prisoners aren’t in that category, so those who don’t have family or friends willing to put them up, at least until they get back on their feet, can end up on the streets or on park benches.

Add in the problems of untreated addictions and dependencies, as well as a high level of ex-prisoners struggling with mental health conditions, and the barriers can appear to be all but insurmountable. Based upon my own observations of fellow prisoners, those of us fortunate enough to have none of these challenges, as well as a family home to return to are very definitely in the minority.

I’ve written repeatedly about the issue of rehabilitation in our prisons – or more accurately, the absence of resources and any serious focus on trying to prepare inmates for release. As things stand the prison system is all too often providing costly human warehousing prior to opening the gates for those who are being discharged back on to our streets.

Of course, institutionalisation is more likely for those men and women who have served longer sentences, but it can affect anyone who has been inside. I regularly advise people who are experiencing problems with a family member who has recently been released, but is finding it hard to cope on the outside.

Adjusting to freedom – even when limited by licence conditions – and having to deal with responsibilities and everyday issues can prove an uphill task for many ex-cons. The struggles and heartaches that their families and friends often have to face are rarely acknowledged, but are very real nonetheless.

It’s sad to have to admit it, but I’m actually more surprised when I hear about someone I know from my years inside remaining crime free in the weeks and months following their release, than I am when I’m told that so-and-so has been recalled to prison or else sent down for some new offence.

We ex-prisoners are all still branded in various ways. We may no longer have our faces or bodies burned or marked with tattoos signifying our fallen state, but in many different ways we are now a class apart, most of us for the rest of our lives, whether guilty or innocent, reformed or unrepentant.