Lawyers for a nurse serving 30 years for murdering two patients and harming 16 others are challenging a decision by the miscarriage of justice watchdog not to refer the case back to the Court of Appeal in a final attempt to have his conviction overturned.

Last October the Criminal Cases Review Commission decided not pursue the case of Ben Geen, described in the press as ‘a thrill-seeking nurse’ who relished his killings but whose family and supporters claim is serving time for crimes that were never committed.

‘We have to judicially review the decision. It is the only step that we have left to take,’ Ben’s father Mick Geen tells the Justice Gap. ‘We have been with the commission for two years and it has come to nothing. We have very good new evidence, probably the most compelling that we have had in the last nine years.’

Some 18 patients suffered unexplained respiratory arrests while staff nurse Ben Geen was on duty at Horton Green General Hospital between December 2003 to February 2004, including two who died – Anthony Bateman, 66, and David Onley, 75. Geen has always protested his innocence. Yesterday, the High Court granted permission for the judicial review. 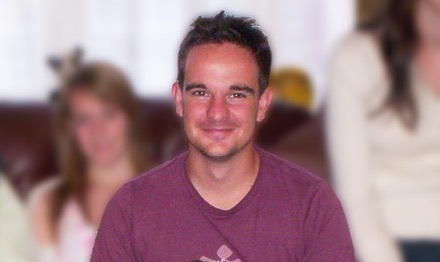 At Ben Geen’s trial in February 2006 the prosecution case was that incidents of respiratory arrest in A&E were extremely rare, and unheard of without a cause. The former Territorial Army lieutenant was said to have been the common factor linking all patients, two of whom had drugs in their system capable of causing incapacitation and which had not be prescribed.

When Geen was arrested an empty syringe was discovered in his fleece jacket pocket that he had just discharged. When the lining of the jacket was analyzed, it tested positive for incriminating drugs – a muscle relaxant (vecuronium) and an anaesthetic (midazolam). The syringe was said to have been old and worn from repeated use.

The prosecution argued that the sequence of incidents amounted to an ‘unusual pattern’ of sudden and unexplained respiratory arrest, and that Geen had to be the killer.

There have been other cases of ‘serial killer’ nurses where doubts have been raised about the safety of the convictions and where clusters have been misread as sinister as opposed to coincidental – for example, Colin Norris convicted in 2008 of murdering four elderly women and attempting to kill a fifth, by poisoning them with insulin and whose case is with the Commission.

Lucia de Berk, a Dutch paediatric nurse, spent six years of a life sentence in jail for murdering seven people before being released. You can read the medical statistician Richard Gill of the University of Leiden, in the Netherlands (How to become a convicted serial killer – without killing anyone).

Mark McDonald, a barrister who practices at Mansfield Chambers, is convinced Ben Geen is in prison for ‘crimes that were never committed – but were created to fit the circumstances’.

‘I am of the firm view that no crime has been committed here. What we have is an innocent man in prison,’ says McDonald, who is the founder of the London innocence project. He has been acting on the case pro bono for eight years.

‘The whole basis of the prosecution case was that there was a pattern: he was on duty at the same time that these patients were falling ill, and the illness that these patients were getting was rare,’ he says. ‘If you dissect the pattern – and you say the pattern itself was based on a false premise – then the core of the prosecution case goes. It’s as simple as that.’

That was the argument that Ben Geen’s legal team attempted to put before the Court of Appeal in November 2009. In a report prepared ahead of the appeal, a medical statistician Prof Jane Hutton wrote:

The Court refused to hear evidence from Hutton. ‘We are satisfied the jury was entitled to, and perfectly capable of, drawing proper inferences from the evidence that this pattern of events was as a result of deliberate action rather than mere chance,’ said Lady Justice Hallett, giving judgment.

Geen’s application to the CCRC is backed by a distinguished cast of experts: Professor David Hands, emeritus professor of mathematics at Imperial College; Sheila Bird OBE, the Royal Statistical Society’s vice-president for external affairs; Sir David Spiegelhalter, professor for the public understanding of risk and professor of biostatistics at the University of Cambridge; Professor Norman Fenton, professor in the school of electronic engineering and computer science at Queen Mary University of London; and Professor Stephen Senn, professor of statistics at CRP-Santé.

All attack the statistical base of the prosecution case.

Rarity in itself means nothing
‘You cannot say that something is “rare”, simply by stating that it is rare,’ says McDonald. ‘You have to have a statistical basis. You have to define what “rare” means.’

The barrister cites the example of one street where half a dozen children are struck by leukaemia. ‘That is rare, therefore it can be said there must be a connecting problem – maybe it is the overhead electrical lines, maybe something in the water or, maybe, it is just a cluster of kids and it just so happened that they all got leukaemia?’ he continues. ‘If I win the lottery twice in a row, you might say I was cheating. Well, it could be just that I won the lottery twice in a row. “Rarity” itself does not mean anything – because there are clusters.’

In a report in support of the application, Sir David Spiegelhalter of Cambridge University, cited the example of three plane crashes taking place in an eight day period in July 2014. Whilst striking in itself, Sir David pointed out that, according to some calculations, there was ‘a 60% chance’ of such a cluster happening over a 10-year period.

In preparation for Ben Geen’s appeal, freedom of information requests were made for data relating to respiratory arrests at hospitals which suggested that, for a small hospital like Horton General, it was not unusual for there to be several incidents a month.

Prof Fenton’s report also supported the notion that a cluster of respiratory arrests at the hospital – 18 in two months where the same nurse was present – was ‘not at all unusual’. ‘In any four year period in the UK it is almost certain that there will be several instances of exactly this kind of “abnormally high” sequence of respiratory events,’ Fenton wrote. ‘It is actually very likely that, purely by chance, in at least one case there will be a nurse present at each event.’

Once the idea of ‘unusual events’ had been established in people’s minds, there was ‘a well-known phenomenon of selecting historical data to fit the “coincidence”,’ wrote Spiegelhalter.

‘I am very surprised that a sequence of events has been labeled as unusual without any formal analysis of what ‘unusual’ means. This is a very subtle area in which human intuition is remarkably fallible.’
Sir David Spiegelhalter, Cambridge University

Under suspicion
Mark McDonald points out that Ben Geen was the only nurse under suspicion. ‘They only looked at the notes of patients that he was treating – so they didn’t see how other patients were doing at the same time. The whole case was stacked against him,’ says the barrister. ‘He had no chance of a fair trial – and trying to explain as the commission has been difficult.’

What about the syringe? If you take that out of context yes it ‘looks highly suspicious’, the lawyer agrees; but not, he argues, if you are nurse. Before Mark McDonald came to the bar at 33 years of age, he worked in A&E and, like Ben Geen, lived in a nurses’ home. ‘I used to walk backwards and forwards with a load of rubbish in my pockets, including syringes, and I use to throw them away at home – just as he did. His girlfriend told him to put it back in the ‘sharps’ bin – and so he took it back.’

What about the discharging of the syringe? ‘It could be that he just knew he should not have been carrying it,’ the barrister says. McDonald also argues that the prosecution contention that syringe was worm through use is a nonsense. ‘If you want to get hold of a syringe, you do not have to carry around the same one,’ he says. ‘Nurses go through syringes like we go through pencils.’

So why did Ben Geen come into the frame? According to the barrister, the former TA lieutenant stood out. ‘He was loud and overconfident. He liked to be centre of attention – not in a juvenile way,’ he says. Geen was different to his colleagues in that he liked working in emergency situations. ‘He was like the fireman who likes to go to the fire, and not sitting at base watching TV. He liked the buzz.’

Plus, he was only man working in an A&E. ‘I’m not saying that he was not liked because he was a man,’ says McDonald. ‘But he was the one that they pointed the finger at and that is why no one else was looked: no other nurse, no other patients’ records.’

The family says that there is fresh compelling evidence from Professor Vincent Marks, a leading expert on insulin poisoning. ‘There is a real concern about how non expert evidence was allowed to go before the jury and when now scrutinised plainly shows that Ben Geen’s convictions are unsafe,’ comments McDonald.

Whilst the CCRC has only lost one JR, it often concedes and so last year there were 28 challenges, two conceded before application and one after a hearing. ‘The Commission would rather spend its resources reviewing cases than contesting expensive litigation, but on the few occasions when it is necessary we will fight judicial reviews all the way through the Admin Court process,’ a spokesman says.

One response to “Ben Geen: thrill-seeking killer nurse or innocent victim of statistics?”