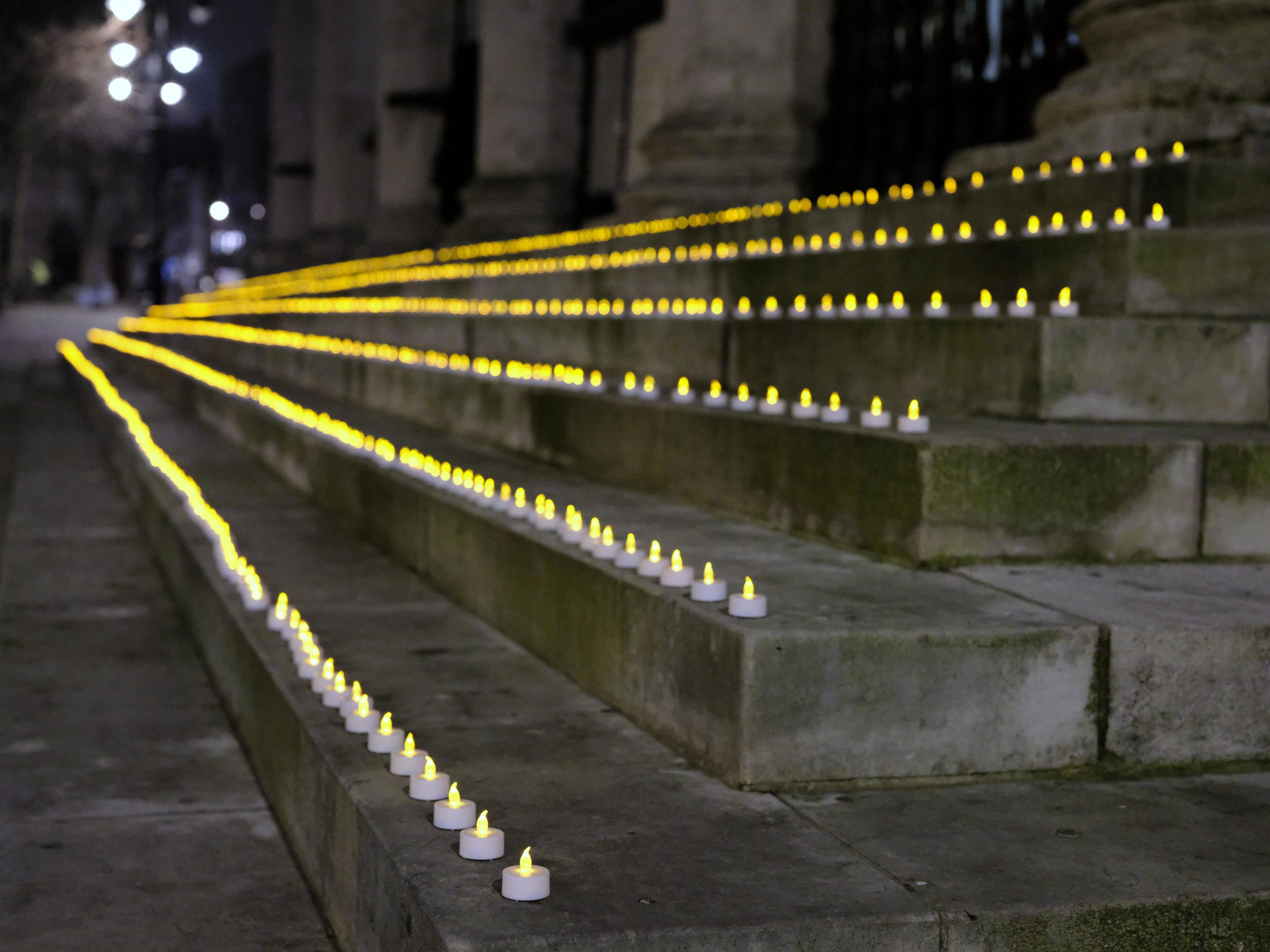 Images from Museum of Homeless and feature in Proof magazine #5

In the run up to the EU Settlement Scheme (EUSS) deadline on 30 June 2021, the Public Interest Law Centre (PILC) ran a series of early-morning immigration clinics in central London. With colleagues from the grassroots groups Streets Kitchen and the Museum of Homelessness, our advisers went onto the streets to offer support to EU rough sleepers yet to resolve their status through the EU Settlement Scheme (EUSS).

Among the people we met during our outreach sessions were a group of Romanian Roma rough sleepers, some of whom who were preparing to leave the UK. They told us a Romanian-speaking worker from Camden council had recently visited their sleeping site. The worker had offered them tickets to go ‘home’, and the group felt they had no choice but to accept. They hadn’t been offered any other support and nobody seemed to want to help them apply to the EUSS. Over the preceding months, the group had been ‘moved on’ from several sleeping sites by council enforcement officers and the police.

The Roma rough sleepers showed us the paperwork they had been given: a consent form for participation in Connect Forward, Camden’s ‘specialist reconnection scheme’. The form was blank, with no signature, no date and no name provided in the box marked ‘worker conducting the assessment’. A final section of the form, entitled ‘List of partnership agencies that we will share information with on your behalf’, had also been left blank. If any pre-reconnection ‘assessment’ of their needs had indeed been conducted, the group were not aware of it.

There is a history of Roma and other EU rough sleepers being targeted for immigration-enforcement action. In 2013, Operation Chefornak, conducted by the Metropolitan Police with the cooperation of the Romanian embassy in London, led to the removal of at least 60 Romanian Roma rough sleepers.

In 2016, the Roma Support Group noted that, in the absence of culturally and linguistically appropriate support, the homelessness sector was placing a ‘strong emphasis on reconnection’ despite a lack of evidence that such schemes were effective in terms of securing positive outcomes for homeless Roma people.

In 2016-2017 hundreds of EU rough sleepers were ‘administratively removed’ from the UK under a Home Office policy that interpreted rough sleeping as an ‘abuse’ of free-movement rights. This policy, which enjoyed the support of some local authorities and homelessness charities, was ruled unlawful in December 2017 as a result of a judicial-review challenge brought by PILC. 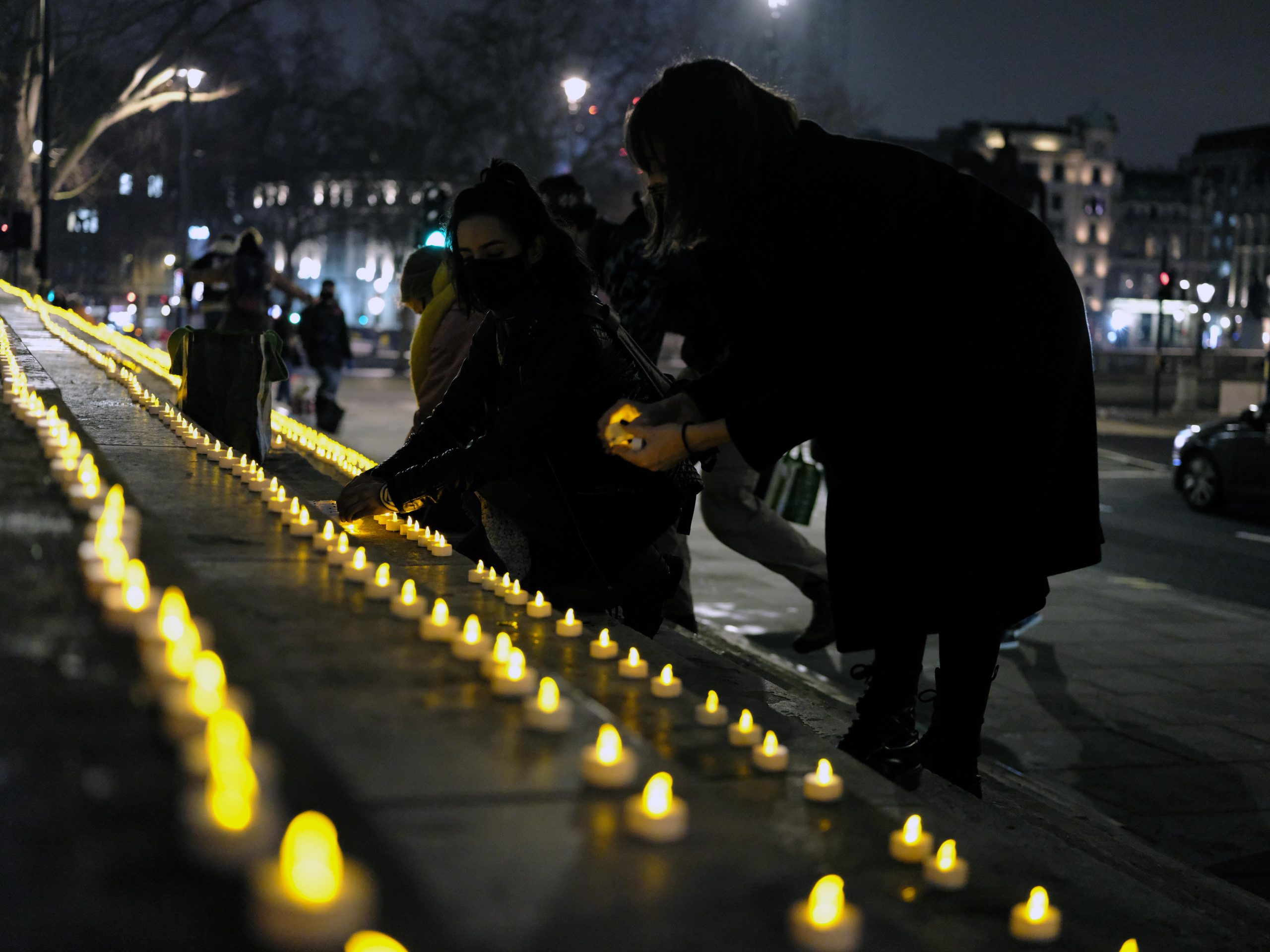 While we were running our street clinics this summer, rumours were circulating in the homelessness sector that some councils were again working with the Home Office to prepare post-deadline ‘sweeps’ of non UK-national rough sleepers, with immigration raids likely to resume after the EUSS deadline. One council homelessness lead told PILC they had attended a meeting at which other managers had indicated that their boroughs would have ‘no choice’ but to cooperate with the Home Office to remove migrant rough sleepers.

Fears of a return to the pre-December 2017 status quo are yet to be substantiated. But neither are they paranoid fantasy. The Home Office remains set on criminalising migrant homelessness, as evidenced by the introduction in late 2020 of a new rule making rough sleeping a basis for cancellation or refusal of leave to remain in the UK. The rough sleeping rule is the subject of an ongoing PILC legal challenge.

Meanwhile, a number of councils, as well as the London’s upper-tier authority, the GLA, have been withdrawing support from some non-UK nationals housed through the Covid-19 homelessness response, sometimes known as ‘Everyone In’. EU citizens with pre-settled status are being offered ‘voluntary reconnection’ to their countries of origin despite being legally entitled to stay in the UK. Some people have been told their accommodation will be ended if they refuse to go ‘home’.

Homeless non-UK nationals, then, may be facing something of a perfect storm. The EUSS deadline has passed with thousands apparently yet to apply. Meanwhile, Covid-19 homelessness provision is coming to an end, and the Home Office is once again making migrant rough sleepers the subject of punitive social policy.

From 1 July 2021, EU citizens without settled or pre-settled status who are encountered by immigration compliance and enforcement (ICE) teams can be issued with notices giving them 28 days to apply to the EUSS, after which removal action may be initiated against them. EU citizens not eligible to apply to the EUSS (e.g. those who arrived after 1 January 2021) may have action taken against them immediately.

Curiously, the government claims to be working hard to help destitute migrants even as it rolls out new mechanisms through which to deport them. Local authorities and community groups are being encouraged to refer homeless non-UK nationals to Home Office ‘immigration surgeries’— described in promotional material as a ‘support mechanism for people who wish to engage with the Home Office to regularise their stay or to return home voluntarily and with some financial support’.

These ‘immigration surgeries’ are nothing new. In 2019 it was reported that at least 21 were ‘embedded’ in community centres and faith groups across the country, with some charities receiving payment for facilitating them. In 2020 the personal data of a vulnerable PILC client were shared after he attended an ‘immigration surgery’ at a community centre in central London. No written consent was obtained from the client, who believed he was talking to an immigration solicitor. The person interviewing him was, in fact, an ICE officer.

As one service manager at an NGO supporting destitute migrants puts it: ‘When a homeless non-UK national walks into an ‘immigration surgery’, they are walking into an immigration enforcement situation. They are not meeting an independent adviser—they are meeting the Home Office, whose remit is the removal of people deemed to be ‘unlawfully present’’.

If people like the Roma rough sleepers we assisted this summer are to make informed decisions about their future, they urgently need independent, rights-based advice about their options for remaining in the UK. Where such advice is provided, homeless non-UK nationals are often able to establish welfare rights they were previously unaware of, including entitlement to Universal Credit and housing support.

Such advice and support needs to be culturally appropriate and grounded in an awareness that previous policies have damaged trust. A specialist Roma rough sleeping team, funded by the GLA and delivered by St. Mungo’s, represents a promising initiative, suggesting that agencies that once viewed deportation as part of the solution to migrant homelessness may be coming round to the importance of a rights-based approach.

Meanwhile, the small minority of homeless non UK-nationals who do wish to leave the UK will require end-to-end support to ensure as far as possible that any ‘reconnection’ results in a positive outcome (i.e. stable housing and a decent standard of living) in their country of origin. As far as we are aware, no local-authority ‘reconnections’ service currently offers this level of assistance. When it comes to their ability to exercise real agency with respect to their mobility, homeless migrants are still being treated more like cattle than people.

‘Administrative removal’ (though which a person without leave to remain can be expelled from the UK), charity and council-run ‘voluntary reconnection’ schemes and Home Office ‘voluntary returns’ programmes represent three distinct phenomena, legally speaking. However, where ‘voluntary’ schemes are delivered under coercive conditions, where insufficient information about rights, options and procedures is provided, or where due diligence on support services in countries of origin is not conducted, the practical distinction between ‘voluntary’ and ‘forced’ return can swiftly evaporate.

Migrant homelessness is primarily the result of structural forces—namely, restrictive welfare and immigration policies—that expose many non-UK nationals to poverty, exploitation and abuse, including human trafficking and modern slavery. With the Department for Work and Pensions now writing to EU citizens telling them their benefits may be stopped unless they can prove they have resolved their immigration status through the EUSS, there is justifiable concern that many more non-UK nationals may end up destitute over the next few months.

Those supporting destitute migrants need to resist both explanations that locate the problem of rough sleeping in the errant behaviour of individuals and (paradoxically) policy ‘solutions’ that treat rough sleepers as a ‘population’ to be ‘managed’. Tempting as ‘partnership’ relations with central government might be from a financial and technocratic point of view, a Home Office that continues to pursue policies such as the new rough sleeping rule simply cannot be trusted to put the welfare of non-UK nationals ahead of its drive to deport.

There are no easy answers for the homelessness sector in what remains an acutely hostile climate. There is nothing to suggest that the government intends to implement even the very mild recommendations around non-UK national homelessness made in a recent report by the Kerslake Commission (Kerslake calls, among other things, for steps to ensure that NRPF policies ‘stop short of causing destitution’).

Where legal restrictions bite, and the folly of a decade of ‘pragmatic’ sector responses to Home Office policy becomes ever clearer, basic ethical commitments can light a way in the darkness. The commissioning of free, high-quality immigration advice needs to become standard across local authorities where large numbers of homeless non-UK nationals live. Such councils must also centre the support needs of migrants when drawing up their homelessness strategies (some local authorities, such as Haringey, already do this). This would include resourcing accommodation for people with NRPF.

The re-orientation of core rough sleeping provision around an expansive conception of rights—including the right to housing, the right to remain and the right to data privacy—would send a signal to those most at risk after Brexit that homelessness services are at least working on their behalf, rather than marching in tune with a political class has long been itching to get rid of them.

Benjamin Morgan is research and communications coordinator at the Public Interest Law Centre (PILC). He is the author of a recent PILC research report on EU-citizen destitution and a commentary for Critical Social Policy under the title What fresh hell: UK policies targeting homeless migrants for deportation after Brexit and Covid-19.