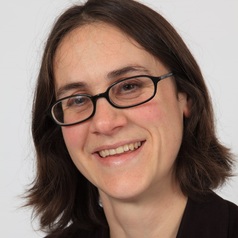 Banksy mural in Clacton-on-Sea, destroyed because it was 'racist'

Banksy mural in Clacton-on-Sea, destroyed because it was ‘racist’

People seeking asylum in the UK face a hostile and cynical asylum process. Although legal aid is still available, cuts to publicly funded asylum legal services appear to have had a devastating effect on their availability and quality.

Asylum law has some of the most brilliant, most committed lawyers, going far beyond the call of duty, putting in far more hours than they are paid for to provide a thorough service and craft creative and clever legal arguments. They make their services available for most, if not all, of their professional lives at legal aid rates, far below what they could earn from privately paying clients.

Yet there are still concerns about the overall quality of publicly funded asylum legal services provided: why?

These are complicated issues but this article attempts to give a brief insight, based on completed and continuing research carried out on the quality of asylum services and the situation of unaccompanied children seeking asylum in the UK.

Too small to survive
Firstly, the legal aid contract gives limited ‘matter starts’ to each firm or organisation, which left many firms – or their asylum departments – too small to survive at all or too small to remain specialist. Previous research has shown that an experienced specialist adviser is likely to provide higher quality representation than a non-specialist, regardless of qualification. The removal of non-asylum immigration from the scope of legal aid meant that departments shrank still further, reducing the availability of specialist practitioners.

This practice of giving the same number of matter starts to all firms also has the effect of pushing a percentage of people through the doors of the poorer quality firms, as the better ones run out of capacity.

Second, the incentive in the contract is to do the bare minimum of work, since the fixed fee will be the same whether the representative does one hour of work or 10. Some, of course, do the 10 hours of work, squeezing it out on overtime; others secure charity funding to cover the hours which the Legal Aid Agency will not pay for.

Some take on more private work, for which they can be paid significantly more – I call this the Robin Hood business model – but this is rarely asylum work since very few people seeking asylum have the money to pay for truly expert private representation.

Others expand by opening more offices to obtain more matter starts which they then fulfil by having low paid and low qualified staff doing most of the work under supervision of fewer experienced specialists – often called the ‘sausage factory’ model.

Micromanagement
Third, the Legal Aid Agency (LAA) monitors quality through a system of audits, which check compliance with targets and key performance indicators. These include sending a client care letter, but give no indication of whether the client care letter was comprehensible to the client. They include maintaining a success rate on appeals which is higher than the average percentage of appeals allowed by the Tribunal. The measures for assessing quality completely miss the point and become mainly micromanagement.

All of this in turn discourages representatives from taking on complex cases which either look likely to take more than the allotted time or look more difficult to win, which in turn leaves a proportion of the most needy clients with no representative, having been told their case does not have “merit” – or a good enough chance of success.

Government and the LAA have argued that market forces should be applied to the provision of publicly funded advice. But in fact, their policies actively obstruct the operation of market forces: clients cannot vote with their feet because they cannot freely choose representatives or change representatives even when they realise their current firm is poor. Quality is ignored in the contracting process and does not appear to have any impact on the LAA’s management of contracts, with the top firms micromanaged, audited and refused extension applications in the same way as the poor ones.

One key question for my future research, therefore, is how some organisations manage to continue providing excellent quality legal services; another is why the Legal Aid Agency persists in contracting with those which do not.

An important consequence of poor representation, together with poor quality administration and decision making by the Home Office, is that a significant proportion of people are wrongly refused asylum, contributing to a view that large numbers of people claim asylum falsely.

This in turn is used to justify harsh policies directed against people seeking asylum and migrants more generally, feeding into a vicious cycle of disbelief and acceptance of inadequate quality. As a member of a detention centre monitoring board put it, about a third of their detainees get some sort of permission to stay in the UK: “That’s a horrible statistic in the context that the legal process is denied to a lot of them. Many more would have been able to stay if they had their cases heard.”

Jo is a barrister at Garden Court specialising in immigration and asylum. She is currently on sabbatical as a research fellow at the University of Brighton working on an EU-funded investigation of the application of the best interests principle to unaccompanied children and the legal expert on the Quality of Asylum Legal Advice research team

Our print magazine is Proof. Contributors include Michael Mansfield QC, Bob Woffinden, David Rose, Eric Allison and Ian Cobain.
Buy Proof Magazine
The latest issue (Why legal aid matters) includes Helena Kennedy QC and Martha Spurrier in conversation, David Conn on the legacy of Hillsborough - plus how to build your own law centre.
Jo is a barrister at Garden Court specialising in immigration and asylum. She is currently on sabbatical as a research fellow at the University of Brighton working on an EU-funded investigation of the application of the best interests principle to unaccompanied children and the legal expert on the Quality of Asylum Legal Advice research team