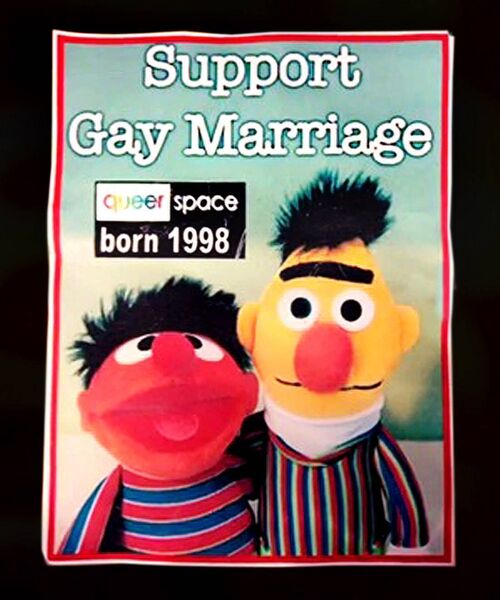 The cake Ashers refused to bake

Rather than prevaricate, umming and ahhing over what the right course of action would be, the jury was decisive.  They ruled by an overwhelming majority – 11 to one – to acquit the defendants, earning the ire of the government and of conservative commentators.  Even if the merits of the decision can legitimately be questioned, there was a decision made; and it was a decision that fulfilled the jury’s duty to justice and to the law.

Unfortunately, the same cannot be said for the justices sitting at the European Court of Human Rights.

In their judgment on Lee v United Kingdom, they recoiled from deciding the issue before them.  Rather than firmly answer the question of whether the UK Supreme Court was right to rule that Gareth Lee was not discriminated against when Ashers Bakery refused to make him a cake emblazoned with ‘Support Gay Marriage’, they fobbed him off.   The Court took the easy route, deciding that they could decline to decide the case on the basis of ‘admissibility’.

In short, they ruled that because Lee had not directly raised his Convention rights before the domestic courts, it was not eligible to be argued before the ECtHR.  No matter that this was clearly a case that involved his rights, and that if it had been Ashers bringing the case, they would have been able to proceed, having used Article 9 (right to freedom of belief) and Article 10 (the right to freedom of expression) to defend themselves.  The justices saw an escape route, and they dashed down it.

If this was consistent with much of the ECtHR’s previous jurisprudence, this may have been a legitimate, if niggardly, approach.  It would still have looked like the ECtHR searching for a way to extricate itself from a contentious public debate, and so avoiding more criticism about its role in the public sphere, but at least it would have been internally coherent.  But the ECtHR does not even have this leg to stand on.

The ECtHR’s approach to admissibility is chaotic, used to draw in cases that it wishes to hear, and cast out those it does not.  In Moreira Barbarosa v Portugal, the ECtHR found that if there is more than one way for a complainant to bring their case, they can select the one that seems most appropriate.  Similarly, in Castells v Spain, the Court ruled that provided the complaint is raised ‘at least in substance’, such as through relying upon similar arguments under domestic law, there was no especial need for Convention rights to be explicitly raised.

Before the Supreme Court, Lee’s counsel, Robin Allen QC, clearly relied upon the argument that Lee had been discriminated against, and the justices were well aware of this.  In her judgment for the Court, Lady Hale acknowledged that ‘it is deeply humiliating, and an affront to human dignity, to deny someone a service because of that person’s…sexual orientation…’.  As Allen subsequently told Joshua Rozenberg, the suggestion that there was no argument about ‘balancing the human rights’ of Lee against the McArthurs is a ‘complete travesty’.

Another controversial case is shortly to come before the ECtHR’s Grand Chamber, Duarte Agostinho v Portugal. Here, group of Portuguese children are challenging the failure of the Portuguese government – and every other member state of the ECHR – to respond effectively to the climate crisis, building on the Urgenda judgment in the Netherlands in 2020.  There, the Netherlands’ Supreme Court ruled that the Dutch government had failed to take action proportionate to the scale of the threat to the claimants’ rights, and that more had to be done to reduce the Netherlands’ emissions.

In this case, while the claimants may have exhausted domestic remedies before the Portuguese courts, they have not done so in any other member state, and quite understandably a number of the countries are disputing the ECtHR’s jurisdiction.  They are arguing that they are entitled to their day in domestic court first.  Much as they should have done in Lee, the ECtHR should dismiss such arguments.  Portugal’s hurdles have already been leapt over, and forcing other claimants to wind their way through their respective domestic courts will do nothing but draw out an issue that already is in urgent need of resolution.  Whatever the decisions of the other national courts, the question will end up before the ECtHR anyway – better not to prolong the agony.

There is a very real question at stake in Lee.  It personifies corporations, extending the individual rights of people into the commercial sphere.  The Supreme Court concluded that the McArthurs, in refusing to make Lee’s cake, were legitimately refusing to promote gay marriage.  Such a conclusion assumes that the McArthur’s personal beliefs can also manifest themselves in the companies they run.  From any rational perspective, it is difficult not to side with Justice Ginsberg, who dissented from the majority judgment in Masterpiece. After all, it is ludicrous to say that the act of decorating a cake equates to endorsing whatever belief the customer has requested be piped on.  If a protester holds aloft a printed placard on a march, only an idiot would think that the placard represents the views of the protester and the printer. And there is a world of difference between asking a company to write out a deliberately offensive comment or print an insulting image, and asking them to print a political ambition.

It may be that the ECtHR would have chosen to come down on the side of the bakers, much as the UK Supreme Court did, and much as the US Supreme Court did in an equivalent decision, Masterpiece Cakeshop.   But if this is the outcome that the ECtHR thinks coherent, and if it wants to legitimate discrimination through the backdoor, it should have the courage of its convictions, and say so.