Some 6,000 forensic sample are being retested following an investigation into the criminal activities of two lab staff at a leading provider of forensic services. As reported on the Justice Gap in February almost 500 criminal investigations were being reviewed following a ‘major security breach’ at the Manchester site of the Randox Test Services (RTS). RTS  is one of six companies licensed to carry out toxicology tests for various police forces in England and Wales and analyses blood, saliva and hair samples.

It was reported yesterday that the scale of the investigation had grown and they were now looking at 6,000 blood samples being retested after the two scientists were arrested for ‘manipulating data’. ‘It is deeply worrying because the integrity of forensic testing is sacrosanct in the criminal justice system,’ Dorset’s Deputy Chief Constable James Vaughan told the press. ‘The vast majority of these cases involve drug-driving, but there are likely to be more serious cases affected, including murder and rape.’

Two lab employees have been arrested by Greater Manchester police on suspicion of perverting the court of justice. According to the Guardian, some sources believe that a small number of serious cases may end up being referred to the court of appeal ‘because of concerns about the safety of convictions where the testing done by Randox was a part of the prosecution case. These would be cases where the original samples tests cannot be found and thus can not be retested.’

Vaughan said there had been ‘a serious breach of the very rigorous professional standards set by the forensic science regulator for staff and organisations working in this critical field. We now have a clearer picture of the scale of this data manipulation’.

RTS said it was suspending some drug testing at its County Antrim laboratories to ‘effectively support the criminal investigation’ as a result of ‘data manipulation at RTS Manchester’ after employees turned ‘whistle-blowers’.

It has been reported that the CPS has already dropped a case against a 26-year-old alleged drug-driver from Cheshire whose blood test results were provided by RTS. First arrested in December 2015, his blood samples were sent for analysis and the results suggested he was under the influence of cannabis, cocaine and a third drug. He was adamant he had not taken any illegal substances.

The CPS confirmed there was ‘not enough evidence to provide a realistic prospect of conviction’.

The independent, state-run Forensic Science Service was closed by the government in 2012 amid multi-million pound losses. Since then, forensic tests have either been completed in-house by police forces or sent out to private companies. However, emphasising the importance of reliable forensic testing, the official regulator Dr Gillian Tully stated last month that further cuts to the forensic science budget would compromise quality and damage the British justice system. ‘Spending on forensic science has gone down. We are approaching the stage where we are at the very limit of these cuts, and it cannot be cut further as quality will be compromised,’ she told the Guardian earlier this year. 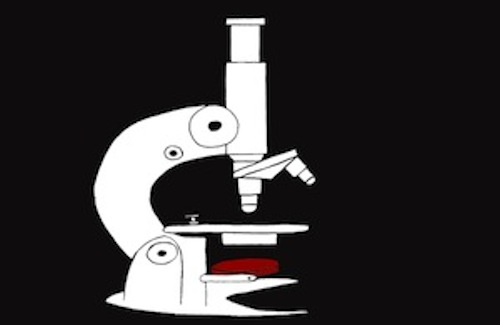 ‘Vague, incomplete and lacking in vision’ was the damning view of MPs of the government’s plan for the future of forensic science – as reported on the Justice Gap last October (here). There has been a longstanding concern that since the cack-handed dismantling of the government-owned Forensic Science Service (FSS) back in 2012, a lack of direction in the sector would undermine the police’s attempt to catch criminals and lead to more miscarriages of justice. Jon Robins reports

Prior to its closure, the FSS handled more than 60% of forensic work ordered by the police on more than 120,000 cases a year. The government argued that the market was shrinking, that the service was haemorrhaging more than £2m a month and, in the new age of austerity, it had to go.

In March last year the Home Office finally published its forensics strategy outlining a national approach with an emphasis on quality management and standardization, the possibility of a joint forensics and biometrics service, and the need for oversight of the ‘supply chain’ including contingency plans in order to withstand ‘disruption to the market’.

Noting that the plan was already two years late, Dr Tania Mathias MP, acting chair of the House of Commons’ science and technology committee, said at the end of last year that ‘further delay would have been preferable to this inadequate document’.

The committee has been a consistent critic of the government’s forensics policy – there have been reports in 2011 and 2013. So vague was the ‘strategy’ that the MPs questioned whether it was really a strategy at all. ‘It is missing a coherent vision for forensic services and a route-map to deliver it,’ Mathias continued.

Earlier in the year the spending watchdog the National Audit Office warned that forces using their own unaccredited experts meant ‘a risk of service interruption, and lack of capacity’ which could ‘hold up criminal cases or cause them to collapse’. The dramatic fall in the number of forensic fibre experts, from 40 to just six, has been cited as evidence of problems with the market. ‘Since 2010 I estimate that we have lost 85% of our skills base in this vital forensic evidence type, and the volume of fibre cases has decreased by as much as 90%,’ wrote Tiernan Coyle for the Justice Gap in September 2015. Coyle, a forensic scientist of 16 years who was chief scientist at Contact Traces which has since folded. He acted in high profile cases such as the Lockerbie Bomber and Stephen Lawrence cases.

Back in 2011, the science and technology committee reflected on the fragility of a market that had become ‘distorted’ as increasingly police forces took work in house with ‘the police customer increasingly becoming the competitor’. The MPs were also highly critical of the circumstances in which the FSS was shut down. For example, there was a consultation process that did not bother to seek the views of the Director of Public Prosecutions, the CCRC, the government or Home Office’s chief scientists. It only approached the Attorney General in the final ‘clearance processes’.

In the latest science and technology committee report, the Forensic Science Regulator, Dr Gillian Tully identified ‘a major risk around unconscious bias’ arising from decisions about ‘what evidence was collected at the crime scene and what forensic tests were commissioned’. The MPs called for accreditation of all forensic laboratories and scientists, including police in-house services.

Forensic science quality on a 'knife-edge'
'Inexcusable' failures in capacity in forensics market,…
Police have digital backlog of more than 20,000 devices…
Four out of 10 miscarriages of justice involve unreliable…
DNA 'breakthrough' in case of man who spent 17 years in…