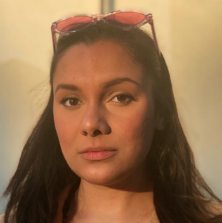 A challenge to the Home Office’s policy of paying detainees in immigration detention centres a fixed pay rate of £1 an hour to work in detention, has been dismissed by the Court of Appeal. The Appeal judges found that detainees were not entitled to the national minimum wage on the basis that Parliament did not intend their work to be compensated on its true value.

‘This is a very disappointing decision for our clients,’ said Phil Armitage of Duncan Lewis Solicitors who represented the appellant. ‘The £1 an hour rate of pay for detainees has now been in place for twelve years with no increase. Our clients were undertaking key work within the IRCs, including cleaning to ensure the centre was hygienic, and all they are asking is that the value of that work is respected by the Home Office.’

The detainees also argued that work undertaken by prisoners and detainees were sufficiently similar, and to not compensate them in the same way amounts to discrimination. The Court rejected this argument because they found a distinction between prisoners and detainees. According to the judgement, unlike prisoners, detainees are not required to work and receive a weekly allowance irrespective of whether they work.

The court was not persuaded by the Home Office’s argument that the claim was not brought in time. Typically, Judicial Review should be brought within three months from when the claim first arises. The Home Office’s policy was introduced in 2013. However, the Court ruled that the timing for a claim first arises ‘when a person is affected by the application of the challenge policy or practice’. The decision reinforces an important principle on timing grounds.

Duncan Lewis Solicitors confirm that they are considering an appeal to the Supreme Court.

Immigration detainees in prison to challenge lack of…

More than half of all deportations from the UK are…