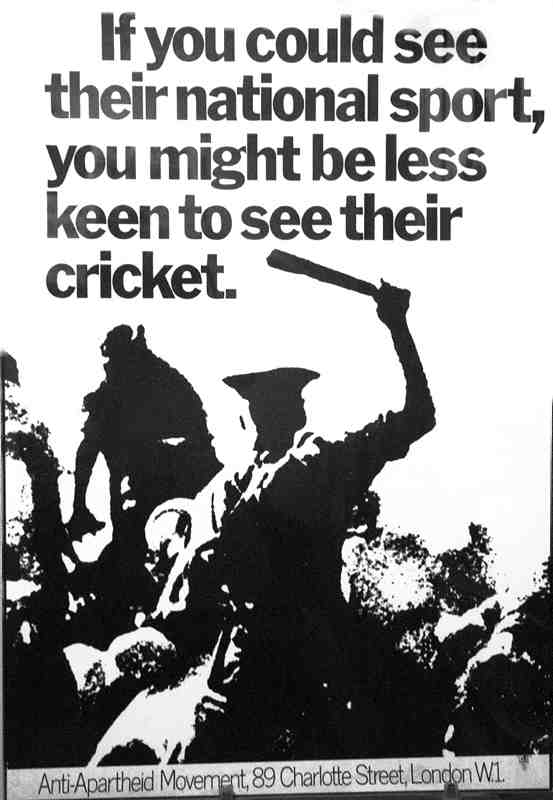 The convictions of three anti-apartheid protestors are to be referred back to the courts by the miscarriage of justice watchdog after the involvement of the role of an undercover police officer emerged. According to the Criminal Cases Review Commission, the officer was party to preparations for the activists’ legal defence which he reported back to his bosses.

On 12 May 1972, a group of protesters from the Putney Young Liberals took part in a demonstration aimed at disrupting the departure of the England rugby union team from the Star and Garter Hotel in Richmond ahead of a tour of South Africa. A total of 14 people were arrested and charged after sitting in the path of the coach – resulting in 13 people being convicted following trial. However, unknown to the trial or fellow defendants was that one of the group was an undercover police officer, who continued to participate in group defence discussions and report back to the police.

‘During our investigation we have seen evidence of deliberate and persistent non-disclosure by the police which was sanctioned by senior officers,’ commented Helen Pitcher OBE, chairman of theCriminal Cases review Commission. ‘The court was misled, and the defendants’ basic legal rights were breached. In our view, the misconduct by the police in this case was so egregious that a judge in possession of all the facts would have decided it was necessary to halt proceedings in order to protect the integrity of the criminal justice system.’

Pitcher added: ‘Although these convictions date back a long time, issues around public confidence in the police and our wider public institutions are always important. Old convictions can also have an enduring impact on the lives of the individuals concerned.’

The three cases referred by the CCRC are Christabel Gurney, Ernest Rodker and Jonathan Rosenhead who were all convicted in July 1972 of obstructing the highway. The CCRC is looking for any other members of the Putney Young Liberals convicted of offences connected with this protest to come forward. The new information was provided to the CCRC by the Undercover Policing Inquiry and these cases were the first to be referred to the watchdog by the inquiry.

The rugby team was due to tour apartheid-era South Africa. The protesters sat in front of the coach. According to the CCRC, unbeknown to almost anyone at the time, one of the group was an undercover police officer, known as ‘HN298’, from the Metropolitan Police’s Special Demonstration Squad. ‘The officer had protested alongside the group, was arrested at the scene, and convicted alongside them under his assumed name,’ says the Commission. ‘Contrary to guidance in force at the time, the SDS failed to reveal the presence of HN298 to the investigating officers, the prosecutor or the court.’

The undercover officer was even involved in ‘discussions about defence tactics and legal advice that had been provided to the other defendants’. ‘He reported this information back to his superiors, therefore breaching the confidentiality between his co-defendants and their lawyers,’ the CCRC says.

In light of these revelations, the CCRC has decided that there is now a real possibility that the convictions would be quashed as an abuse of process.