‘Anger, fear and resentment’: prisoners speak out about lockdown

‘Anger, fear and resentment’: prisoners speak out about lockdown 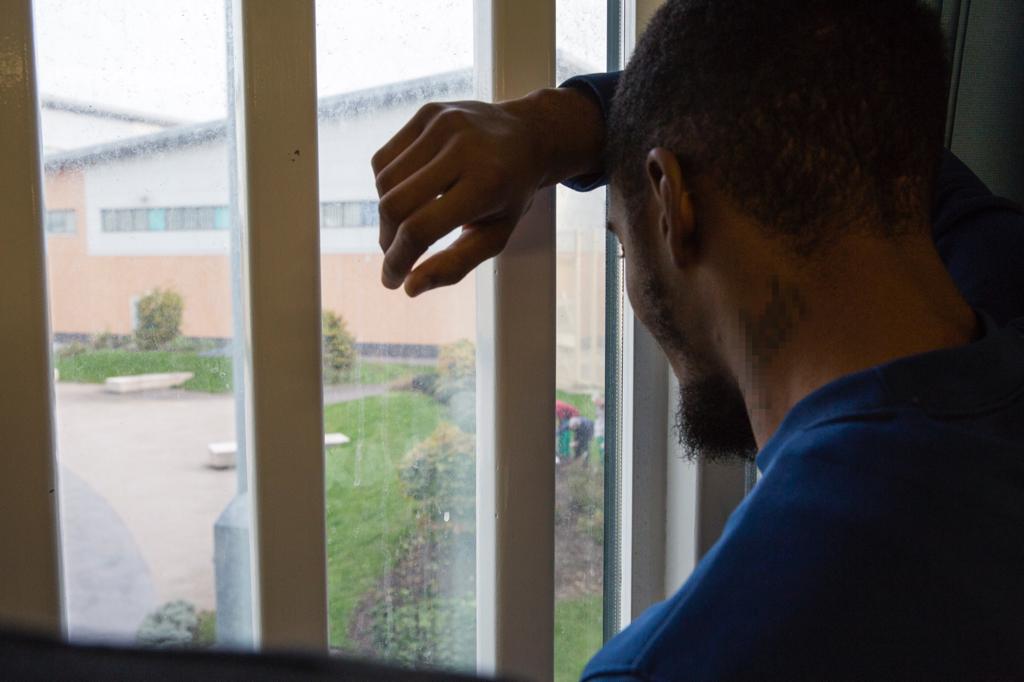 Prisoners spoke out about their ‘anger, fear and resentment’ at the restricted regime post-lockdown which has seen many in their cells for 23 hours a day. The Prison Reform Trust (PRT) study, drawing on visits to 50 prisons and more than a hundred written responses, asked for ‘aspirational thinking’ in line with the HMPPS vision that reform must be ‘aspirational but also deliverable’.

The PRT noted that it quickly became ‘very clear’ that aspirational thinking was going to be challenging. ‘We were shocked at the extent to which months of isolation have impacted on our membership,’ the group said. One prisoner told researchers: ‘I don’t have toilet roll, I don’t have a toilet seat, when that’s in place we can think about a new regime.’

The sanctions placed on prisoners have been well documented, with prisoners spending on average all but an hour in their cells and mental health has taken a toll. As one prisoner explained: ‘COVID fatigue, or rather, lockdown fatigue, set in months ago. Everyone who hasn’t already lost their marbles pacing up and down the same damned corridor every day for the past year, is hopelessly bored and desperate for some respite.’

Prisoners reported a loss of trust with prison staff as COVID rules were not followed by officers. Another prisoner spoke of an incident in his prison: ‘People were upset with staff as they could hear them playing pool and using the Astro turf football pitch when the residents could not. This contributed to break down in trust between staff and residents.’

There were also issues raised with the lack of rehabilitative activities. ‘They need to tell us what they mean by words such as “punishment” and “rehabilitation”. One prison officer will tell you the punishment is taking away your liberty; another will tell you, “where do you think you are, the Ritz, you are in prison” when you ask for cleaning materials to clean the toilet.’

The lack of modern technology was another theme. ‘There were a great call for the use of technology. If people had access to a controlled internet applying for employment at a jobcentre would be easier,’ one prisoner said.

The introduction of video calls that replaced visits in some prisons during was generally welcomed and suggested to be kept in place for the future. A mother explained: ‘I don’t want my children coming through security and seeing their mummy in prison. So a purple visit (video call) works for them. It don’t work for me in that I can’t see them in the flesh, but I know it’s better for them to not be here.’

In terms of ‘building back better’, prisons should mirror life on the outside. One prisoner explained, ‘Prison needs to be designed on the basis that we are going out, back into the community. You will go to shops, find a place to live, get a job. We’re used to sitting in a cell. The opportunity to take part in work and courses was not only vital in rehabilitation but humanised an otherwise dehumanising environment, as another said: ‘[Outside work] is the most amazing experience, to be out in the fresh air, but more importantly to be trusted.’

Prisoners identified positive initiatives and so one prisoner proposed a trial of a small personal budget for prisoners annually linked to enhanced status.

‘A budget of £500.00 a year, available to prisoners for which each individual must decide what to do with (excluding work based wages). The money is budgeted so that year, the prisoners can purchase a keyboard, long distance education, charitable donations, educational laptop with access to preloaded tuition lessons for piano, tai-chi, guitar, beats-making, accountancy, mathematics, business planning, etc. etc. Successful applications similar to attempting to ascertain grants etc. with careful planning and intelligent application of one’s faculties. Unused finances are recycled back to the prison budget. The £500+/- budget must be available to every prisoner and marketed as the primary tool of rehabilitation.’

There were calls for prisoners to eat with the staff. ‘It would be good to have a sit down meal on the wing with the govs, it would help bring us together and we could just chat and feel human.’ Another suggested ‘TED talks and guest speakers who are inspirational’.

Up to 17,000 prisoners could spent significantly longer in…
Inmates at HMP Maidstone not received any contact since…
Use of segregation post-lockdown at HMP Whitemoor…
More than 100 prisoners have died of COVID-19
'Everything becomes microscopic under lockdown': Prisoners…