Access to justice: information in replacement of legal advice 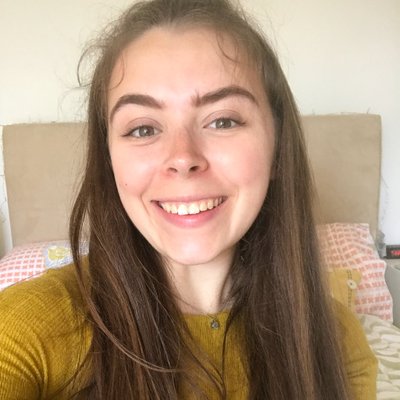 Access to justice: information in replacement of legal advice

Over several decades, mediation has taken on an increasingly visible role in the family justice system within England and Wales. Policy documents since the 1970s clearly promote mediation as a solution to the numerous problems facing family justice. The main objectives of family mediation fit neatly with neoliberal thought, including the desire to minimise conflict, reach a settlement and keep costs low. To an extent, the state appears to have appropriated mediation, encouraging its use whilst simultaneously removing support for mediators and their services. This has been exacerbated following the Legal Aid, Sentencing and Punishment of Offenders Act 2012 (LASPO) which removed legal aid for private family law proceedings. These cuts were justified on the basis that funding remained available for mediation, encouraging parties to seek non-court alternatives.

A major effect of LASPO is that fewer families have access to legal support through a solicitor or advice service. In the current family justice landscape, a significant number of individuals now resolve their family dispute using publicly available information. However, a 2015 report by the House of Commons Justice Committee raised concerns that little work had been carried out on the quality of public information on mediation. Information is easy to find, particularly online, but its content may be complex and difficult to understand without a legal background.

This leads us to ask: what does the potential inaccessibility of public information on family mediation, in terms of content, mean for access to justice in a time of austerity?

From June to September 2017, I analysed 27 public documents on family mediation from three samples: providers, websites, and gatekeepers to mediation. Documents were primarily assessed via qualitative content analysis in order to draw themes from the data. Detailed results from the study have since been published in the August edition of Family Law [2018].

In general, findings highlight the widespread use of complex language, including terminology. Out of 240 instances of legal jargon, only 66 were explained in documents. This ranged from common terms such as ‘legal aid’ to ones specifically related to mediation, including a ‘Memorandum of Understanding’ (a document that sets out the parties’ agreement). Despite guidance by the Ministry of Justice that promotes the use of plain English and limited legal jargon in public documents, this has clearly not occurred.

The remainder of this article focuses on a different key finding in the study: the positive promotion of mediation throughout documents in light of the removal of legal support following LASPO.

The pro-mediation rhetoric and withdrawal of legal support

The study found that mediation is marketed to the general public without consideration of whether the process is suitable for its potential users. Throughout all the sources analysed, mediation was positively promoted. The process was typically described as ‘cheaper’, ‘faster’ and ‘less confrontational’ compared to court proceedings. Prior to analysis, it was predicted that documents created by mediation providers would focus on the benefits of mediation – they are, after all, trying to advertise their service. However, it was surprising to see the same pro-mediation rhetoric adopted by gatekeepers to mediation. This latter sample included not-for-profit advice services and government websites, many of which advertise their services (and public material) as neutral and informative. The study, therefore, suggests that many individuals are unable to find an authoritative and unbiased information on family mediation.

Fewer individuals than ever before are obtaining legal support through a solicitor. As Daniel Newman mentioned in the first article for Justice in a Time of Austerity, a large number of individuals with below-average incomes are unable to get legal aid. This group will be unable to fund legal support themselves. Some may have access to third sector services, such as Citizens Advice and Law Centres. Yet areas with a shortage of advice services, effectively advice deserts, have become increasingly widespread in our legal landscape as a result of recent reforms. Many individuals are subsequently left to rely on public information as a replacement for legal advice. However, these resources are dependent on users being able to identify information and apply it to their dispute. The likelihood of this occurring is low when we consider the emotional strain that family matters place on individuals, as well as the poor quality of information currently available. Altogether, this means that individuals may use mediation despite its unsuitability for their dispute because of its positive presentation across public information, hindering access to justice.

The value of self-help and public legal education following LASPO

Overall, the project concludes that there is a lack of accessible information on family mediation alongside a strong pro-mediation rhetoric. In times of austerity, few have access to legal support and will turn to public information as a result. Yet findings indicate that documents are complex and rife with legal jargon. This means that some of the most vulnerable in society may be unable to access readable, neutral, and authoritative information on how to deal with their family dispute.

Even so, it is important to recognise the benefits of public legal education and its foundations in access to justice. Websites and leaflets are not a replacement for legal support but can, when designed and piloted effectively, assist and provide agency to disadvantaged populations. A major problem, however, is that there is ‘no coherent strategy’ (see 2015 Justice Committee report) on how to make this information accessible to the general public. What we need is a discussion how public information on the law (not only family mediation and family justice) can be improved, from creating an authoritative portal on how to resolve certain disputes to ensuring unbiased information is written in clear, plain English.

Our print magazine is Proof. Contributors include Michael Mansfield QC, Bob Woffinden, David Rose, Eric Allison and Ian Cobain.
Buy Proof Magazine
The latest issue (Why legal aid matters) includes Helena Kennedy QC and Martha Spurrier in conversation, David Conn on the legacy of Hillsborough - plus how to build your own law centre.
Rachael Blakey is a PhD student at Cardiff University studying the objectives of family mediation in light of the family justice system after LASPO @rachaeljblakey

Two small changes the ministers could make to court…
LASPO cuts are a 'false economy', say MPs
Doing it Yourself: litigants in person in the…
Nine out of 10 people support legal aid, reveals poll
'Devastating': sector responds to LASPO review