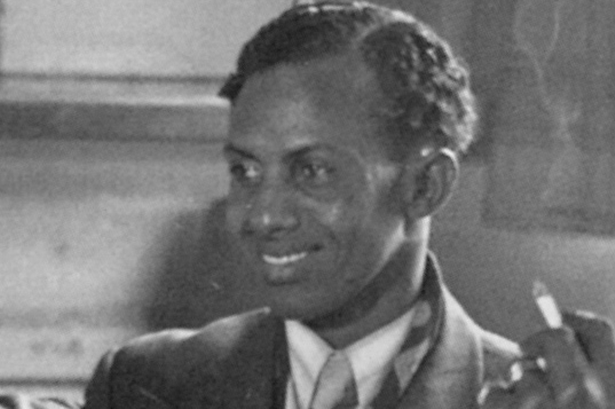 Mahmoud Mattan: The last innocent person to be hanged in Wales

The family of a British Somali man wrongfully convicted of murder have been issued an apology by the police 70 years after he was sentenced to death.

Mahmood Mattan was hanged in 1952 for the murder of shopkeeper Lily Volpert in Cardiff and was convicted on the evidence of a single prosecution witness who alleged that they saw Mattan leave the scene of the crime at the time of the murder.  His conviction was the first case to be referred to the Court of Appeal by the then-newly formed Criminal Cases Review Commission in 1998.

The CCRC found that the judgement in the original case was ‘demonstrably flawed’ and his family was awarded £1.4m in compensation.

‘There is no doubt that Mahmood Mattan was the victim of a miscarriage of justice as a result of a flawed prosecution, of which policing was clearly a part,’ said the Chief Constable of South Wales Police Jeremy Vaughan. ‘This is a case very much of its time – racism, bias and prejudice would have been prevalent throughout society, including the criminal justice system.’

‘It is right and proper that an apology is made on behalf of policing for what went so badly wrong in this case 70 years ago and for the terrible suffering of Mr Mattan’s family and all those affected by this tragedy for many years,’ added Vaughan. ‘Even to this day we are still working hard to ensure that racism and prejudice are eradicated from society and policing.’

Officers from Cardiff City Police, now part of the South Wales Police force, were responsible for the investigation into the killing of Ms Volper, whose throat was cut inside her family’s haberdashery shop during an apparent robbery. The police investigated a number of local men, including Mattan. Two hours after the murder, two detectives visited his lodgings, questioned him and searched his room but found no evidence of any blood-stained clothing, the missing money or anything that could have been the murder weapon.

Despite the existence of alibis backed by several witnesses, and a lack of forensic evidence, Mattan was arrested after the police received an eyewitness account by Harold Cover, later deemed ‘incredible’ by the Court of Appeal. Mattan, who spoke very little English, was convicted by an all-white jury despite much of the prosecution evidence being ruled as inadmissible and was described by his defence counsel as ‘half child of nature, half semi-civilised savage’. His case has been reported on extensively and is the subject of Nadifa Mohamed’s semi-fictionalised The Fortune Men and in a forthcoming BBC Sounds podcast, Mattan: Injustice of a Hanged Man.

Tanya Mattan, the granddaughter of Mahmood, told the BBC: ‘It’s far too late for the people directly affected as they are no longer with us and still, we are yet to hear the words I am/we are sorry.’ The police apology has been met with a mixed reaction from the surviving descendants of Mattan; though welcomed, one of his six grandchildren branded the move ‘insincere’ and suggested that it was only issued due to the circumstances surrounding the podcast.

‘Defendants who were non-white were in a worse position,’ said barrister Michael Mansfield. Mansfield represented the Mattan family at the Court of Appeal and was also involved in the Birmingham Six and Stephen Lawrence cases. ‘If anything played a part in this case, it was anti-Somali – they would have been seen as intruders in south Wales – taking our jobs, our homes, they shouldn’t be here so get them off the street. And a jury listening to this case, looking at him thinking – he’s one of a number and if he didn’t do it, one of his mates did – it’s that kind of ethos.’