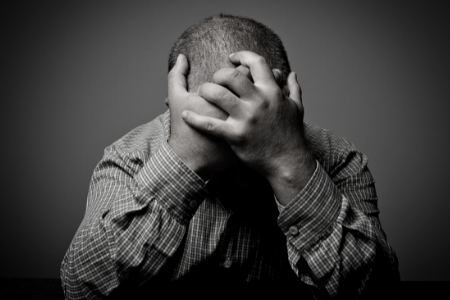 Hundreds of foreign nationals are being held in prison in solitary confinement under immigration powers locked in cells for up to 24 hours a day, according to a new report which reveals a massive spike in the number of detainees being held in jails. The charities Bail for Immigration Detainees (BID) and Medical Justice argue that ‘profound and avoidable harm’ is being caused to their health of hundreds and that their conditions amount to prolonged solitary confinement in  breach of their human rights as well as the UN ‘Nelson Mandela Rules’ for the treatment of prisoners.

BID claim that detainees, including torture survivors, are locked in their cells for ‘over 22 hours a day, most often 23.5’, sometimes being held in their cells for days at a time and unable to take a shower. ‘Some are self-harming, attempting suicide and unable to sleep or eat,’ the group says. ‘They report existing in a state of endless despair. Physical symptoms include involuntary shaking, memory loss and physical pain.’

BID argues that these conditions cannot be justified as a public health measure and recommend that immigration detainees be released. Other recommendations included the reviewing of detention locations on a weekly basis, applying safeguards whenever an individual is placed in temporary confinement, and communicating with detainees using ‘decision letters’.

‘It is impossible not to be horrified at what is being done to people in the name of immigration control or to imagine the profound frustration and distress that people experience when trapped in a cage for most if not all of the day, not knowing when it will end,’ said Annie Viswanathan, BID’s director. ‘That it leaves people with enduring mental and physical health problems is hardly surprising and exactly why it has been banned under the UN’s Nelson Mandela Rules.’

Emma Ginn, director of Medical Justice, said that it was ‘profoundly disturbing’ that immigration detainees were being locked up indefinitely. ‘That this imprisonment extends beyond a criminal sentence means severe harm is being inflicted during, and because of, a period of entirely unnecessary and purely administrative detention – we need to question if this is civilised or in fact gratuitous,’ Ginn continued. ‘It is certainly the biggest scandal most people have never heard of.’

The new study draws on witness statements from five BID clients held in solitary or shared confinement and evidence from six medico-legal reports from Medical Justice. The study also considers 30 bail cases where BID argued in the grounds for bail that the conditions of detention were disproportionate and argued in favour of release.

One detainee described his conditions as ‘psychological torture’ that made him feel ‘stripped of his identity’. At the end of his prison sentence, he was detained under immigration powers and continued to be detained despite being granted bail. ‘I already suffered from anxiety, depression and PTSD, which stemmed from a past experience of torture,’ he continued. ‘The days and nights blur together during confinement. I can barely sleep at night but when I do, I experience nightmares. I’m afraid to sleep because I’ll go back into the nightmare but being awake is also horrible.’

Another detainee continued to be detained even after serving his sentence and being granted bail. He entered prison without any mental health problems, but now ‘does not know if the damage done can be repaired’. ‘Since October, I have been held in solitary confinement,’ he said, ‘which means that for seven months, I’ve been locked alone in my cell for 23-24 hours a day.’ Sometimes, he added, he is unable to leave for days and cannot exercise or shower. ‘Every day is like torture in solitary confinement, and now I understand why people commit suicide, because there’s no way out.’