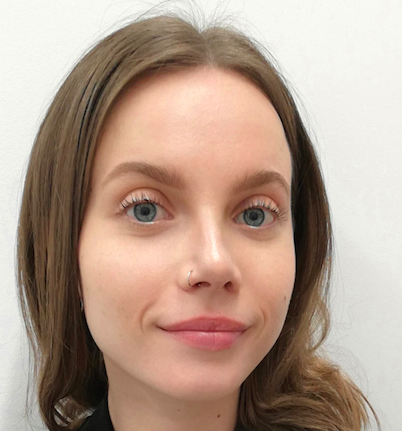 The High Court has refused permission for what would have been a landmark legal challenge of prosecution decision-making in rape cases to be heard. The case had been brought by the End Violence Against Women (EVAW) coalition and the Centre for Women’s Justice (CWJ) following concerns that a covert change in Crown Prosecution Service’s charging policy in rape cases had led to a collapse in the number of rape cases brought to trial.

Two senior judges in the High Court heard counsel for both sides before denying permission to proceed with judicial review, on the grounds that it is not the role of judicial review to determine disputed facts. The Director of Public Prosecutions denied the evidence put forth by the women’s groups. Harriet Wistrich, CWJ director, called the result ‘hugely disappointing’ and said that the two groups would seek leave to appeal.

According to CWJ, the CPS’ legal team made ‘an aggressive request for very high costs recovery’ from the End Violence Against Women Coalition which it described as ‘a small charity whose funding for the case is known to consist mainly of small donations from women and men concerned about the state of rape prosecutions and including many rape survivors’ despite the ‘clear public interest nature of the case’.

Campaigners and lawyers gathered evidence from a range of sources to bring the case, including expert statistical analysis, whistle-blowing testimony, case studies and frontline reports. Data shows that the number of rape charges has dropped by 51% since 2014 despite the number of reports increasing. In 2019 there were approximately 60,000 reports of rape but less than 1,800 men were charged and fewer than 1,000 were convicted. These statistics show the effective decriminalisation of rape, argue the EVAW Coalition.

Sarah Green, Director of the EVAW Coalition, said: ‘We have felt compelled to bring this case because it is very clear from government data, and from what women on the frontline are experiencing, that the bar has been raised on charging in rape cases – leaving women denied justice and dangerous offenders getting away with it.’

CPS handling of rape cases has long been a controversial topic. Her Majesty’s Crown Prosecution Service Inspectorate published a much-criticised report in December last year, stating that the CPS were not risk-averse in rape cases. However, in a secret internal report uncovered by the Guardian last weekend, the CPS exposed its own mishandling of rape cases and then failed to share the information with inspectors who conducted the official report.

The unpublished report found that the CPS made ‘disproportionate requests’ of the police in more than half of rape cases which were discontinued. It raises concerns about the quality of police investigations into rape and the deferral of police discretion to CPS charging thresholds.

Prosecutors apply the Full Code Test found in the Code for Crown Prosecutors to a case when they decide whether or not to charge. The first limb of the test requires them to consider if there is a ‘realistic prospect of conviction’. Critics of the the test argue that it requires prosecutors to pre-empt the decisions of jurors and thereby allows juror prejudices and misconceptions to become a factor in charging decisions.

This criticism is especially pertinent in rape cases where pervasive public misunderstanding dictates who a rape victim should be: her sexual history, what she looks like, what her socio-economic background is. Cases become difficult to prosecute when they do not mirror public fallacies about where rape takes place and who perpetrates it.

The CPS previously advocated the ‘merits-based approach’ to charging which emphasised the need to take the merits of each case into consideration when applying the Full Code Test. All reference to the ‘merits-based approach’ has since disappeared from CPS guidance without public consultation or explanation. In the High Court, Phillippa Kaufmann QC argued that the CPS has instead adopted the ‘bookmaker’s approach’ to rape cases, allowing an astonishing number of weaker cases to be dropped in the interests of keeping conviction rates high.

The EVAW Coalition and CWJ launched the challenge last summer. There has been huge public interest and a crowdfunding appeal before the hearing raised £80,000 towards potential legal costs. Alongside her donation, one woman commented that she was not an ‘innocent-enough victim’ for the CPS to fight her case. The CPS have pressed for high costs recovery against the small charities.