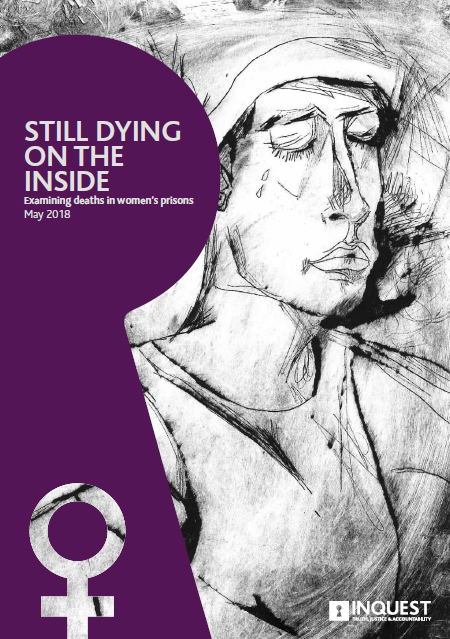 Prison for women should be scrapped except for a ‘wholly unrepresentative micro-minority’, according to the campaign group INQUEST. Powers allowing fast recalls to prison and changes to probation services have been blamed for the rise in jail deaths

Lady Corston and Baroness Helena Kennedy, both Labour peers, on Wednesday launched the report entitled Still Dying on the Inside which examined the 94 deaths in women’s prisons since March 2007, at least 37 of which were self-inflicted.

Lady Corston, the author of a ground-breaking review of women in the criminal justice system, has stated that the government is going backwards in its efforts to rehabilitate and deliver justice to women in prison. Her report led to the government adopting 40 of her 43 recommendations. She blamed ‘the privatisation of the probation services, the extension of powers that see women given short sentences recalled to prison for even the smallest breach of their licence … and the change in funding that has seen women’s centres forced to shut’.

INQUEST said that their work led them to the conclusion ‘that prison should be abolished as a response to women who break the law, save for a minute and wholly unrepresentative micro-minority of women, who even then need a dramatically new form of intensive disposal and treatment’.

The report explores the stories behind some of the women who have died in the 11 years since the landmark 2007 report by Baroness Corston. It also highlights the lack of action from successive governments to prevent deaths and puts forward a series of recommendations to close women’s prisons by redirecting resources to community-based services.

The group found 2016 was the deadliest year on record for both male and female prisoners after 346 deaths were recorded at jails. Twenty two women died with 12 deaths being self-inflicted. Styal prison in Cheshire has had more deaths over the past 11 years than any other women’s prison in the country.

The report said 116 women also died while under probation supervision following release from prison between 2010/11 and 2016/17.

According to the Guardian, most of the women who go to prison do so for non-violent offences (84%), such as for theft linked to poverty and addictions (47%). Nearly two-thirds (62%) of sentences are for six months or less. Coles said. ‘These crimes are underpinned by poverty and inequality.’ Two-thirds of women in prison are mothers of dependent children.

Key INQUEST recommendations in the report with the aim of putting an end to women being sent to prison if they break the law:

Deborah Coles, executive director of INQUEST called the situation desperate. ‘It is with great anger, sadness and deep frustration that we report almost no progress on the necessary systemic and structural change needed.’

She added: ‘While Ministers continue to drag their heels on the women’s justice strategy, which was due in 2017, women continue to die.’

Mark Burns-Williamson, West Yorkshire’s Police and Crime Commissioner, said that sentences could have ‘a hugely adverse impact on women themselves, for their families, in our communities, and finding alternative solutions for less serious offending for women is vital, including to prevent intergenerational crime into the future… we need to make sure we are together building on what we know works … at every stage in and out of the criminal justice system.’

‘She had been trying to get help for ages’

Emily Hartley, 21, was the youngest of 22 women to die in prison in 2016. She had been imprisoned for arson, having tried to kill herself by setting fire to herself, her bed and curtains. She had a history of serious mental ill health, including self harm, suicide attempts and drug addiction.

‘She had been trying to get help for ages,’ said her mother Diane. ‘Unfortunately her only options were to sit in A&E and wait to be assessed by a psychiatrist or be assessed through the police intervention – so getting herself arrested. They were about the only options…. She tried to tell people and she had not been heard.’

David Hinchliff, the coroner at Hartley’s inquest this year, questioned why she had been sent to prison, and reached deeply critical conclusions about her care and the failure to transfer her to a therapeutic setting. 10 years before, Mr Hancliff had been the coroner in a very similar case, Petra Blanksby. She was 20 and had a history of mental illness and was imprisoned after setting fire to her own bedroom in a suicide attempt.

At the conclusion of Emily’s inquest, the same coroner David Hinchliff wrote: ‘I repeat ten years later that the Prison’s Department and the Department of Health should conduct a collaborative exercise to achieve the provision of suitable, secure, therapeutic environments in order to treat those with mental health problems.’

Coles summed up the situation: ‘The women who end up in prison are amongst the most powerless and disadvantaged in society, largely due to traumatic life experiences… the state’s responsibility for the damaging and sometimes fatal consequences of imprisoning women often starts well beyond the prison walls with failures in social, health and educational services, sentencing policies, and a lack of investment in alternatives.’

A Ministry of Justice spokesman said that levels of suicide and self-harm in our prisons were ‘far too high and we are taking urgent action to address this’. ‘We want to divert women from custody wherever possible and are working closely with other services including healthcare and housing to do that,’ he said.