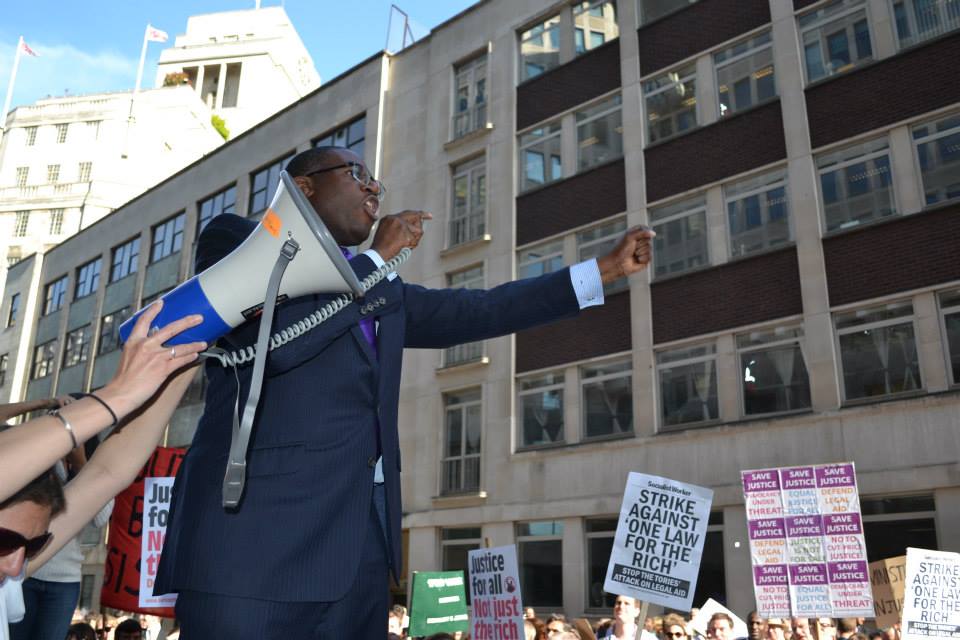 Twice. David Lammy MP had to say it twice. Black men and women are 50% more likely to be sentenced to jail than white people for the same crimes. In the case of drug offences, black women are twice as likely to be imprisoned as white women. No wonder he needed to repeat himself: these stark figures require some absorbing. But the MP for Tottenham suggested that disparities like that one pervade the justice system, in police stations, in courts and in prisons.

For the last 18 months the Tottenham Labour MP has been conducting a review into race and the criminal justice system. Yesterday Lammy – a former barrister – highlighted the clear evidence of racial disparity on sentencing in advance of the report publication in the Autumn. As chair, Lammy has outlasted the prime minister who commissioned him and two justice secretaries. But this review will not only highlight the problems it will lay out plans to tackle the often ‘contested’ and ‘divisive’ issues, seeking cross party consensus.

Lammy offered several examples of how disparities can cascade through the system creating and entrenching unequal outcomes. For instance, he pointed to how BAME defendants who do not trust in the impartiality of the system are less likely to take a lawyer’s advice to offer an early guilty plea. This lack of trust matters. It means they spurn a chance for a reduction in their sentence of up to a third if found guilty.

So it leads to longer sentences for BAME offenders and raises the prison population. In prison too, the review has found that BAME defendants are more likely to be placed in high security establishments than white defendants charged with the same offences. They miss out on access to meaningful employment, education and preparation for release. So the cycle continues, increasing the risk they will re-offend. There was also discussion of the lasting negative impact of a conviction early in a young person’s life and its likelihood of ruining their future life chances. Lammy signalled the need to re-examine the UK’s tough criminal records laws.

However, the former Minister also struck a hopeful note, suggesting that greater transparency and open and fair decision-making can address racial disparities. Juries, for instance, he suggested are better trusted than many other parts of the justice system because their decisions are subject to group discussion and there is an in-built safety net for screening bias.

In particular, he focussed on repairing the trust of marginalised communities – whether BAME or white working class, echoing the Centre for Justice Innovation’s own Building Trust report. Whilst highlighting the negative impact of distrust leading to unwillingness to obey the law, he drew on positive Dutch research where prisoners who feel fairly treated are more likely to go straight. Rebuilding trust means strengthening the ties between local communities and the justice system: low-level court hearings in community centres, more diverse staff in courts, prisons, probation and involving community leaders.

And what of keeping track of inequality? Progress will need to be seen if it is to be believed. The former barrister pointed to the power of robust monitoring to change behaviour, calling to mind a priority he previously cited, to examine the ‘use and misuse of data’. He demanded more available data on racial disparity at every point of the justice system. Here at the Centre, we believe there is a vital need for publicly available data on the ethnicity of defendants, the outcomes – particularly plea and remand – for people who have appeared in magistrates’ courts. Because these are currently not recorded, it is impossible to track these outcomes in the courts where the vast majority of all criminal cases are heard.

Global race and justice expert James Bell – an associate of the Centre for Justice Innovation – has been in London sharing his experience of reducing racial disparity, using robust data to improve trust and fairness across race and background. More from him another time.

So this was far from a headline-grabbing speech from the veteran MP: there was a sense he is keeping his powder dry for the formal report launch in the Autumn. None the less it offered a fascinating preview of the report’s direction of travel. It points to ambitious recommendations which will seek to both challenge bias and create institutional reform which will bring the justice system closer to the communities it serves. It’s a bold message, but the question must be: with the Prime Minister and Lord Chancellor who commissioned the report no longer in post, is anyone in government prepared to listen?

Our print magazine is Proof. Contributors include Michael Mansfield QC, Bob Woffinden, David Rose, Eric Allison and Ian Cobain.
Buy Proof Magazine
The latest issue (Why legal aid matters) includes Helena Kennedy QC and Martha Spurrier in conversation, David Conn on the legacy of Hillsborough - plus how to build your own law centre.
Stephen is head of policy and communications at the Centre for Justice Innovation