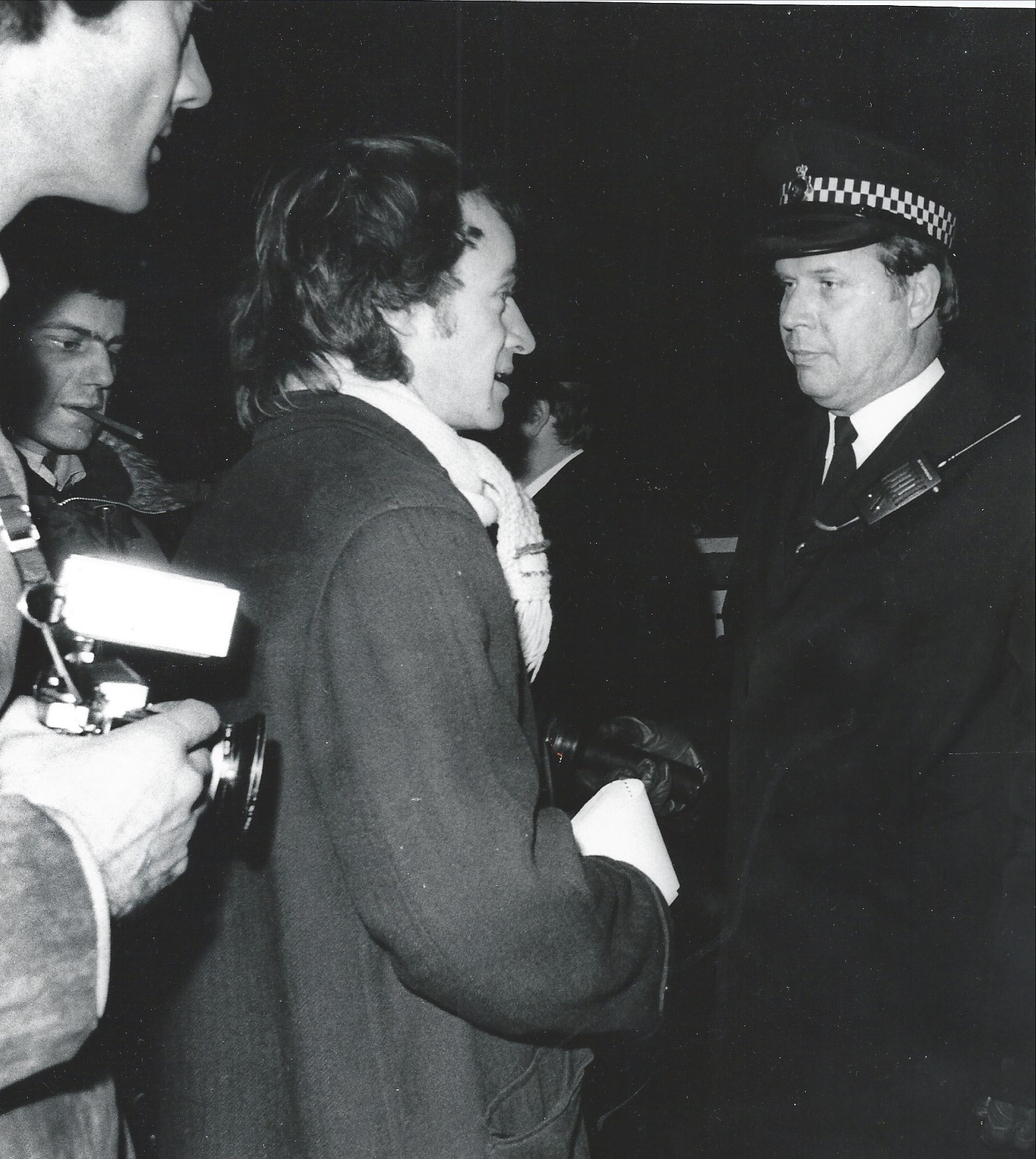 Next month veteran crime reporters will meet at the Magpie & Stump by the Old Bailey to send off one of their own, Jimmy Nicholson. Known by journalists and judges alike as the ‘Prince of Darkness’, Nicholson was one of the biggest names of the postwar crime correspondents and died in June this year at the age of 89 years. He once claimed to have covered ‘every siege since Troy’ and his CV included work with Daily Mail, Daily Express, and News of the World. The reporter asked for his ashes to be scattered in every pub in Fleet Street.

The former Guardian crime correspondent Duncan Campbell’s brilliant new history of crime reporting – We’ll all be murdered in our beds – ascribes no less than three possible stories as to how the reporter came by his demonic nickname. 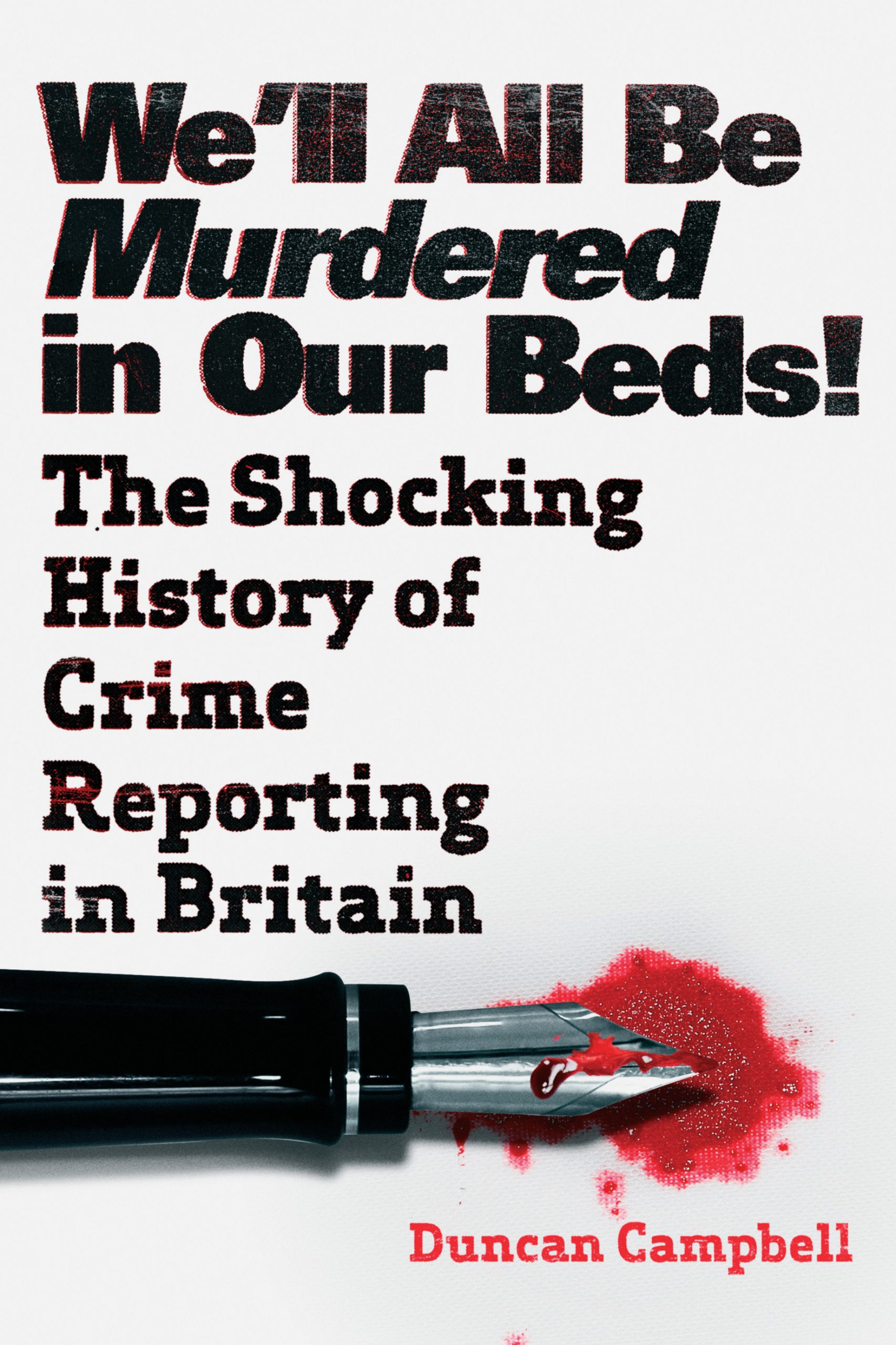 On the Nicholson’s own account, it dated back to when he was first given his trademark black cape (reporting on covens in the Isle of Man apparently). Alternatively, it could have derived from a senior police officer who, at an IRA siege in London in 1975, is alleged to have remarked ‘That devil Nicholson is here’; or else from a colleague who, at the so-called Spaghetti House siege where black militants held restaurant staff hostage for six days, looked up to see Nicholson holding his cape as if to take flight fly from a hotel balcony and declared: ‘Fuck me, it’s the prince of darkness.’

John Nicholson was well known as a ‘buy up’ merchant persuading people to tell their story on the promise of a cheque which was not always delivered. ‘I used to lie, I’m afraid,’ Nicholson told Campbell.

Occasionally, those acquitted of a major crime would sell their stories too. For example, after the boxer Terry Marsh was cleared of attempted murder of promoter Frank Warren in 1990, journalists queued up at a Greek restaurant in East London. ‘We all stood outside and waited,’ Campbell told me when I interviewed him about his book earlier in the month. ‘You’d go in and make your bid for the story. I explained I was with the Guardian and we would make a donation to a charity of his choice. He laughed.’ In the end, The Sun/News of the World sealed the deal with a joint bid of £140,000.

The book charts our obsession with crime from the days of Hogarth and taking in pioneers such as William Thomas Stead, who campaigned to highlight the scandal child prostitution in 1855, and Duncan Webb described by Time magazine in 1955 as ‘the greatest crime reporter of our time’. Inevitably, the book ends on an uncertain note in the aftermath of the hacking scandal and the media’s much reduced circumstances as a result of falling circulations and tumbling advertising revenues.

Crime, the author argues, acts as a ‘prism through which we see society and its anxieties and phobias. ‘A day in a magistrates’ court provides as illuminating a snapshot as any lengthy think-tank report or ministerial briefing on the state of education, immigration, unemployment, drug use, alcoholism, mental health and popular culture, not to mention policing, the criminal justice system and the failures or successes of government policies.’

Quite. The great sadness is that journalists aren’t reporting from courts these days. Outside of the Old Bailey or the Royal Courts of Justice, these days you are ‘as likely to see a zebra as a reporter’, as his former Guardian colleague Nick Davies noted in his 2009 book Flat Earth News. Even the Old Bailey is barely covered these days. The Press Association used to cover 18 courtrooms but (according to Nick Davies) only had two covered.

A lost age
Campbell’s book is a paean (of sorts) to a lost age of crime reporting that the journalist lived and worked through – he left the Guardian in 2009. It is an age characterized by an unhealthy co-dependency between the police, where corruption is a fairly persistent but unreported feature, and a press only to happy to overlook those shortcomings in their pursuit of sensationalist copy. It is a poisoned relationship lubricated by booze and secured through backhanders in brown envelopes.

‘It was a world of booze and tobacco and camaraderie and cheerfully creative expenses,’ Campbell writes at one point. There is no shortage of Life on Mars style anecdotes. We learn of the police officers in the 1970s who would persuade suspects that their new fangled photocopier was, in fact, a lie detector. The gullible suspect would be asked to put his hand under the flap and answer questions as the light flashed. ‘They got clear up after clear up through that,’ one veteran reporter noted.

At a Police Superintendents’ Association conference journalists are told of a male officer who had a sex change and was allowed to keep her job. The aim of the exercise was to garner some decent PR about a new and progressive approach on the part of the police. One headline the next day read as follows: ‘NO KNOBBY BOBBY KEEPS HIS JOBBY’.

Inevitably, the history is divided AL and BL – i.e., After Leveson and Before Leveson. The complicity between hacks and coppers – the ‘overly cosy relationship’, as Sir Brian put it – meant that the fraternity of crime reporters did absolutely nothing to shine a light on the corruption endemic in many parts of policing in the 1970s and 1980s.

They were on the same side. As John Twomey, the crime correspondent of the Express, put it: ‘We were always cheerleaders for the CID because they were the people who would give us stories.’ We also learn that in the 1970s the Evening Standard’s crime correspondent, John Sullivan used to meet his police contacts every week in a hotel bar in the West End where he would dole out the envelopes for stories supplied.

It was left to a different breed of journalists – the likes of Chris Mullin, who campaigned against the conviction for the Birmingham Six, and Paul Foot at Private Eye – who exposed the rot. Mullin became an MP in 1987. ‘Loony MP backs bomb gang,’ said the Sun the day after Birmingham Six’s first appeal was dismissed in 1988.

Duncan Campbell had his own battles with the mighty Police Federation in the early 1990s when he reported on a corruption investigation in Stoke Newington police station. Eight officers were transferred to different stations but, he makes clear, the Guardian did not name them or suggest they were in any way involved.

At that point, anyone wanting to sue for libel could do so within three years of the article. Campbell relates how ‘some two years and 300-odd days later’, the writs hit the paper. The then editor, Alan Rusbridger took on the police and won. The officers appealed and again lost costing the Police Federation £600,000.

Campbell doesn’t make too much of this episode. This is from Rusbridger’s editorial: ‘Against all the odds, we won today’s case. So why the gloom? Because our victory today was all thanks to the perspicacity and common sense of the jury and no thanks to the court, the judge or the law. We risked hundreds of thousands on the verdict of the jury today. How many smaller papers will take that risk?’

In less than three years before the Federation’s lawyers Russell Jones & Walker (Slater & Gordon) fought and won 95 defamation actions winning £1,567,000 for their members. ‘Nice little earner for the coppers,’ the Guardian’s editor noted. ‘A shame about the community being kept in the dark.’

Leveson changed everything. ‘The top level of News UK ratted on their journalists and gave all their sources to the police. They handed over millions of emails,’ Campbell told me. ‘Post Leveson, the police don’t talk to journalists.’

The journalist quotes his old paper’s present correspondent, Vikram Dodd. ‘Every time I pick up the phone, I am potentially putting them in a position of a disciplinary offence,’ Dodd says.

But perhaps even more than Leveson or the precariousness economics of newspapers, it is the relentless demands of the 24-hour news cycle that has fundamentally changed the job of the crime reporter.

No time to sit in the pub with coppers (even if they would give you the time of day). In 2014 the Telegraph group described the four key skills for their reporters were as follows ‘social, video, analytics and search engine optimization’. What about journalism? ‘You can almost hear the bodies of WT Steed and Duncan Webb turning in their graves,’ notes Campbell.
We’ll all be murdered in our beds: The shocking history of crime reporting in Britan Duncan Campbell – out now

Government acknowledges FOI 'clearing house' but…
‘Justice is not being seen to be done - and we’re…
Prince Fosu died 'in plain sight' at Harmondsworth…
New press guidance to promote open justice in courts
Proof magazine: The rebranding of 'miscarriages of justice'