Hillsborough Law: a fitting legacy for the 96

Hillsborough Law: a fitting legacy for the 96 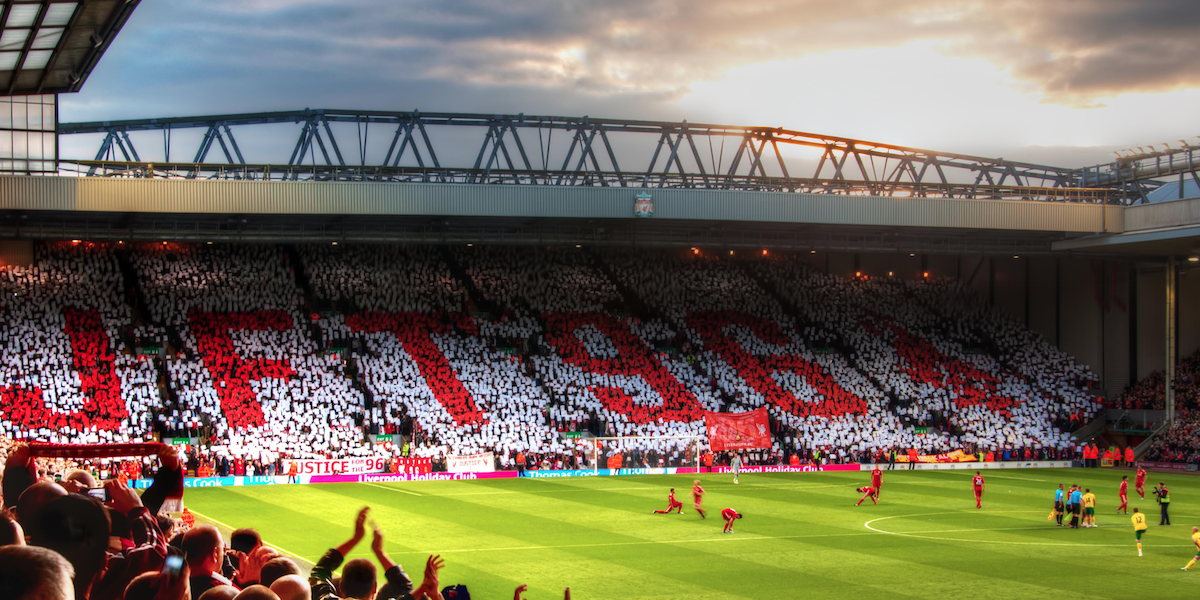 Hillsborough Law: a fitting legacy to the 96

On Thursday the media, lawyers and campaigners met to witness the launch of a legacy. Pete Weatherby QC of the barristers’ chambers Garden Court North introduced ‘Hillsborough Law’. He described how following the Hillsborough inquests the families of the 96 victims felt they had finally been vindicated by the jury’s conclusions in April this year. Weatherby explained that the main authors of the Bill had been the families. They had wanted to do all they could to prevent something like Hillsborough, and specifically its aftermath, from ever happening again.

Elkan Abrahamson, solicitor for 20 of the families, described the present situation as being a vicious cycle; organisations don’t admit to their failings, if they don’t admit then they don’t change and if they don’t change they, inevitably, don’t stop similar things happening again. He described the public’s feeling that the default position for public bodies and large organisations is to lie to cover their own backs, he echoed the thoughts of so many saying ‘we pay their wages so how can this be right’.

Barry Devonside, father of Christopher Devonside, one of the 96 who died, spoke passionately about the way in which the South Yorkshire Police’s behaviour at the Goldring Inquests began to mirror their behaviour during the original Popper Inquests in 1990. In 2012 after the Hillsborough Independent Panel report (HIP), SYP admitted their role in both the disaster and the cover-up afterwards. Mr Devonside described how in 1990 they had been trodden on, there was no Human Rights Act to protect them and in the end they had no chance. This time around as the inquests began Chief Constable Crompton deflected the blame off his police force and, as has been the way since the disaster occurred, onto the fans.

Dr Dorothy Griffiths, sister of Hillsborough victim Vincent Fitzsimmons, agreed that the families felt vindicated by the Inquest verdicts but that the way in which the investigations and enquiries had been handled and approached had done lasting damage to all of the families and survivors. The aim with this law is to try to stop damage like this being done again.

Weatherby gave a brief description of the Bill and how it will work. It sets put two new Public Law duties; the duty of candour and the positive duty to assist enquiries and police and judicial investigations, in essence a requirement to act in the public’s interest. The Bill will apply to public bodies and also private bodies performing public functions or in charge of public safety. He said that although it all seems very obvious to most people the recent inquests are the best evidence of why it is necessary.

The Bill also contains what he calls a toolbox providing a range of enforcement measures intended to change the culture of denial by giving families the right to ask the court to enforce the public duties. It will also create criminal offences to prevent the wilful and intentional serious misleading of the public and the media. The criminal sanctions will also assist junior employees who want to speak out but would currently feel threatened and pressured to keep quiet, the Bill would allow them to speak truth, as to lie or withhold would be criminal.

Deborah Coles of Inquest stood to lend their support to the Bill as did Larry Chadwick of the Shrewsbury 24 campaign and one of the mothers of those involved in the 2010 student protests. All were passionate about the need for change in the current system, one in which people die in preventable circumstances. The state denies that anyone is at fault, they blame everybody but themselves; the most basic point is that these organisations must be made to accept their wrongdoing.

The campaigners describe how the Hillsborough campaign has inspired them to continue, when asked what members of the public can do to help with the Bill Charlotte Hennessey (whose father died at the disaster) responded by saying ‘never give up, if we didn’t give up, and you don’t give up then people will realise it’s possible and more and more people will get involved’.

Dr Griffiths praised Teresa May for the support and understanding she gave to the Hillsborough families in her role as Home Secretary. We were told that the government have been given the Bill privately prior to this public launch; the hope is that May will continue to support and listen to the families as prime minister allowing the Bill to pass as a Government sponsored Bill, the most promising way for a Bill to pass. There has been cross-party support for the families throughout the recent inquests and even more so since the conclusions, the families hope that this will continue. It has become clear that the only people who could really say they don’t support the need for this Bill are those who want to maintain a culture of denial.

For any who are left wondering why the Bill is needed there was a stark example provided by Mr Devonside; he and his wife have been married for 46 years, 27 of those years have been spent fighting for the truth. If this law is intended to do anything it is to ensure no other families have to fight in the same way again. 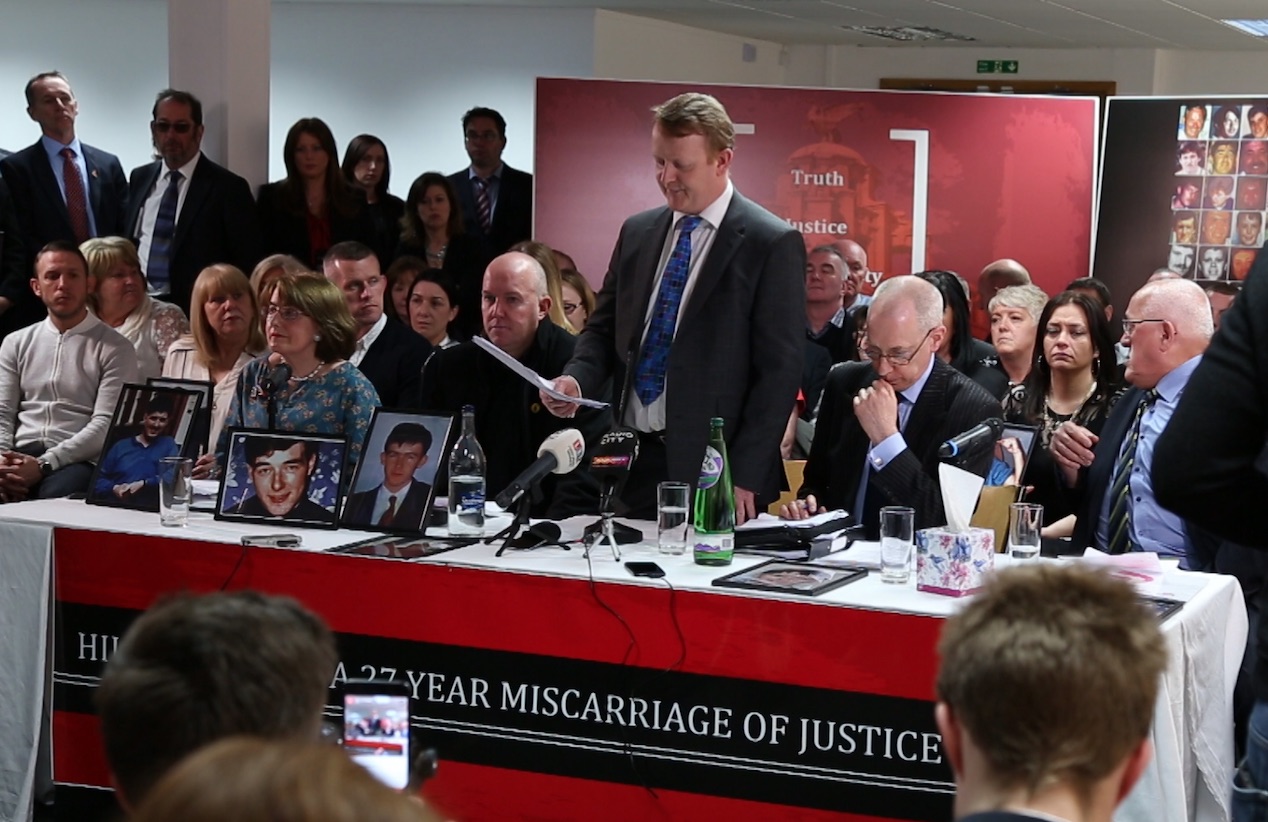 The Bill codifies a public law duty for public authorities, public servants, and individuals acting on behalf of the public to tell the truth, and positively assist official investigations, inquiries and court proceedings. It also contains practical enforcement provisions, and penal measures where there is wilful non-compliance or misleading of the public. The Bill contains specific provisions to require public servants AND ex-public servants to provide statements and documents to investigations whilst safeguarding their individual fundamental rights.

The new law is necessary to combat the persistent default position of institutional defensiveness and the culture of denial that occurs in too many public authorities. The law would also empower the millions of public servants who want to tell the truth and act in the public interest but some of whom face orders to obfuscate or lie to protect the institution. This new law would be a fitting legacy to the 96.
www.thehillsboroughlaw.com

Siobhan Taylor-Ward is a case officer for the Hillsborough Inquest Team at Jackson and Canter solicitors. She is also a Young Legal Aid Lawyers committee member and co-chair of YLAL Liverpool

Our print magazine is Proof. Contributors include Michael Mansfield QC, Bob Woffinden, David Rose, Eric Allison and Ian Cobain.
Buy Proof Magazine
The latest issue (Why legal aid matters) includes Helena Kennedy QC and Martha Spurrier in conversation, David Conn on the legacy of Hillsborough - plus how to build your own law centre.
Siobhan Taylor-Ward is a case officer for the Hillsborough Inquest Team at Jackson and Canter solicitors. She is also a Young Legal Aid Lawyers committee member and co-chair of YLAL Liverpool

Hillsborough officers have no case to answer, rules judge
Hillsborough chief cleared over deaths
DPP apologises to Hillsborough families but no appeal in…
Bereaved families should have ‘an automatic right’ to legal…
London Bridge attacks inquest, legal aid and the public…