‘We were standing up for our rights. That’s no reason for the police to target us’

‘We were standing up for our rights. That’s no reason for the police to target us’

‘It felt like the police were on trial,’ recalls Pete Simpson. ‘They were the aggressors on that day. They were in the witness box and they were nervous.’ Last week, Pete Simpson and his friend Josh Longbottom were acquitted of violent disorder at a May Day anti austerity demo in the middle of Cardiff last year.

Pete Simpson, 3o years old, spent three weeks on remand in HMP Cardiff, including over the Christmas. The prosecution stressed the violence on the part of the two protestors towards the police; as a result, the pair spent eight months under oppressive bail conditions – they were forced to wear electronic tags; had curfews only allowing them outside of their homes in daylight hours; as well as having to sign in at a police station three times a week. They were banned from Cardiff where Simpson had been living at the time.

Prosecuting counsel Richard Ace described the protest as ‘a serious piece of mob violence’. The local press ran daily reports from the nine-day trial focussing on what was alleged to be the intimidation and threatening nature of the demo (see ‘He had pure hatred in his eyes‘). 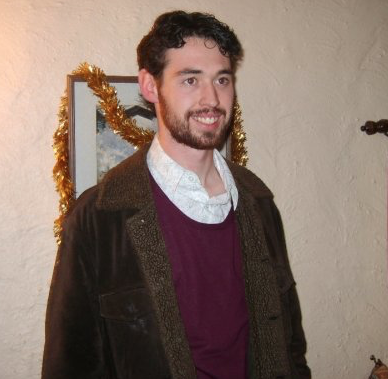 In the end though, the jury acquitted the pair of charges of violent disorder in less than two hours after having sat through 15 minutes of CCTV footage which captured the occupation of the HSBC, a breakaway action from the main protest, in its entirety. Charges of actual bodily harm and assault against an officer were previously thrown by the judge.

In fact – as the CCTV documented – it had been a peaceful protest, the fourth such action by local anti-austerity protesters Cardiff Uncut to highlight the bank’s failure to pay taxes. The footage reveals small group of demonstrators who fail to make it into the bank; instead they are sandwiched in the tiny lobby between the bank’s security door and a phalanx of police and security men.

There is no sign of trouble up until the point at which the police storm into the bank lobby throwing punches, wrestling protestors to the ground and threatening to use Tasers. The film captures the moment that 24-year old Longbottom attempts to join the protest by running though the police and into the lobby which, in turn, prompts the intervention by the police. Longbottom is set upon by one officer, Simpson is struck by another, and a third protester is repeatedly punched and thrown out of the bank. The protestors offer little, if any, resistance.

What has been the impact of the prosecution? ‘It’s meant that I haven’t had a 2015,’ Simpson says. ‘I came back to Cardiff in February and within two months as a result of the demo I was bailed away from Cardiff. I could not carry on any of the volunteering I was doing,’ says Simpson, who was working with local charities including Oxfam. The defendants both faced sentences of up to two years in prison.

The bail conditions were Draconian. Simpson has one previous conviction in relation to a public order offence on a previous demo – an offence that he denies having committed. ‘Every day I had to be back for 9pm,’ Simpson says. ‘I lived a very relaxed life and suddenly I was under complete control.’ According to Lydia Dagostino, Longbottom’s solicitor, the bail conditions amounted to ‘effectively placing them under house arrest and preventing them from seeing their friends and even talking to each other’. ‘This placed a considerable strain on both them and their families,’ she said. 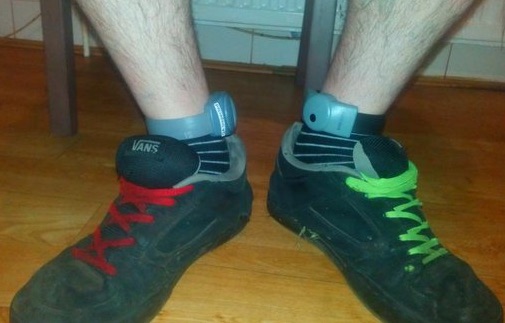 Simpson was forced to wear two tags, as he had crossed different tag company jurisdictions to visist his London-based solicitor. There was a further mix up last month when the police did a bail check which led to Simpson spending Christmas in HMP Cardiff. According to his solicitor Raj Chada, of the law firm Hodge Jones & Allen, his client ended up being remanded ‘even though he was on tag – and there was no evidence that he had breached his tag’.

Val Swain of the Network for Police Monitoring reckons that the case has ‘all the hallmarks of the tactic of “pre-punishment” – the deliberate hyping and fabrication of allegations against suspects so that they are forced to endure harsh sanctions, such as curfews or time on remand, in the full knowledge that the allegations are highly unlikely to stand up in court.’

‘The point of this prosecution was not to get due process,’ says Swain. ‘It was to ensure that the people concerned were punished regardless of what they had or hadn’t done. ‘

‘It is also clear that these prosecutions were intended to be a deterrence, sending a clear message to protesters (and potential protesters) that they risk arrest and imprisonment for engaging in lawful protest activities.  Making people frightened for their liberty and livelihood is a very effective way of exercising control.’
Val Swain, Netpol

The Justice Gap asked, given the seemingly clear-cut evidence of the CCTV footage, why were the prosecutions brought in the first place. The CPS declined to comment. South Wales Police said:

‘A full file of evidence was submitted to the Crown Prosecution Service who, as an independent prosecuting authority, were satisfied that there was a realistic prospect of a successful prosecution following the disturbance that occurred at the HSBC, Queen Street, Cardiff on May 2nd last year.’
South Wales Police

Raj Chada said he was ‘very surprised’ that the trial continued as the CPS had the CCTV footage which, in his view, was ‘completely inconsistent with the officers’ statements’. ‘The police definitely used excessive force when arresting my client,’ says Chada. ‘He was treated unfairly by the police and denied free movement and speech as a result of his arrest.’

‘It is abhorrent that a man who was peacefully protesting was wrongfully arrested, threatened with a taser gun, put in custody and banned from Cardiff city centre, a measure that has limited his movement within his hometown until his acquittal today.’
Raj Chada

Why did the police pick on Simpson and Longbottom? ‘We were the two it was easiest for the police to lay their hands on,’ reckons Simpson. ‘I had also been seen in other protests by two of the officers involved. They had a picture of me.’ In one bail application, Simpson claims he was referred to as a ‘known protester’.

Is that fair? ‘Yes, I have been on peaceful protests in Cardiff. I would not see that as a negative,’ he replies. ‘We were there demanding social justice and standing up for people’s rights. That should not be seen by South Wales police as a reason to target us.’

Why protest? ‘I believe passionately in social justice,’ Simpson says. ‘I think that we can make changes in the world if good people come together. We need to support public services. I am very worried about the impact of the cuts. The rich are getting richer, and the poor are facing more and more cuts. It is having a massive impact on so many people’s lives. Things cannot go on as they are. I believe in standing up for justice wherever possible and the right to do so.’

3 responses to “‘We were standing up for our rights. That’s no reason for the police to target us’”