Where’s the next generation of defence lawyers going to come from? 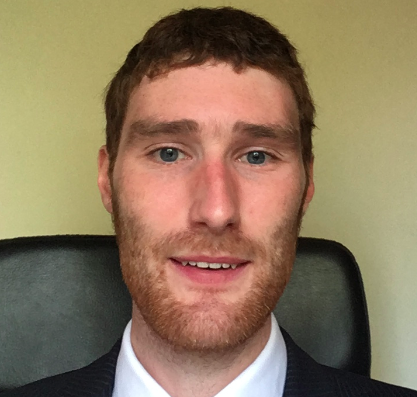 Where’s the next generation of defence lawyers going to come from?

Criminal law is probably the most well known area of law. There is a constant deluge of crime novels, dramas and news reports about it. When I first ask students why they studied law or what they want to do when they graduate, many happily say they want to be criminal lawyers.

Yet, come graduation, the majority of law students ultimately do not. Of around 16,000 total barristers, the Bar Standards Board estimated that a minority, around 5,000, practice in criminal law (defence and prosecution). Similarly, of the roughly 10,000 law firms in England and Wales, a minority, around 2,000, do criminal law work.

The Law Society has reported a ‘looming crisis’ in the number and average age of duty solicitors (those ‘on-call’ to assist detainees and defendants at police stations and courts). With an average age of 47, who is going to replace this cohort when they retire? Similarly, the latest survey by the Bar Council (published 2018) found that a third of criminal barristers would leave the Bar if they could. Just last week, a survey by LexisNexis was similarly negative.

How can it be that a profession seemingly of such great appeal to the general population and law students struggles to recruit and retain? Discussions on this tend to very quickly raise the subject of lack of money and I think there is a funding issue (indeed I have written previously for The Justice Gap about some of the problems this causes).

Yet, recent job adds for crown prosecutors and duty solicitors offer annual salaries in the region of £30,000-£40,000. By no means fantastic, but many people are paid far less. Of course, more money allows us to live in expensive places, drive flashy cars and take exotic holidays, but is that it? Are lawyers just greedily chasing the grand salaries of commercial city law firms, where one can receive £50,000 as a trainee and millions as a partner?

Having anonymously interviewed a variety of criminal barristers and solicitors, I don’t think this is the case. That is not to say that money is unimportant, but the issue is less about how much lawyers are paid, and more about the indirect effect fee levels have on the way the job must be done. Three examples of frustrations mentioned by lawyers I spoke to illustrate this: time, late payment and other services. None of these are about not earning enough, but looked at more closely, they are indirectly affected by low fees.

Time
Both litigators and advocates told me of the great frustration they felt in being unable to spend sufficient time to prepare cases to the standard they felt was required, as a business coping mechanism for low (and fixed) fees paid for particular kinds of work. Criminal lawyers need a high volume of cases to run a sustainable business. This issue can have multiplying effects on more serious cases, in that if litigators do not have time to prepare a case, this has a knock-on effect on the advocate, who ends up receiving a very thin file (sometimes the night before a trial). Given that advocates themselves also reported less time to prepare, the issue is effectively doubled.

Interviewees spoke of some quite worrying practical consequences of this: playing ‘catch up’ or ‘winging it’ on the day of trials and trying to find a few minutes here and there to ask the client questions. Some went further, pointing out perverse financial incentives (in conflict with client interests) to advise particular courses of action or prepare cases in particular ways. Whilst these incentives don’t necessarily get followed, many reported that being punished for ‘doing my job properly’ was greatly frustrating. All of this makes for an unpleasant working life.

Late payment
Barristers in particular also reported being paid late, both by the government’s Legal Aid Agency and solicitors’ firms. For some, this meant waiting for years before being paid (occasionally even having to go to civil court), others considered payment within six months to be ‘pretty good’ and employed dedicated fee-chasing clerks. At least as far as law firms were concerned, late payments to barristers were considered a consequence of running firms on tight margins. Again, we see an issue that largely has a root in low fee levels, but is not so crude as greed at not being paid enough. As many interviewees pointed out, regardless of how much one earns, if when it arrives is unpredictable, paying bills becomes a stressful experience.

Courts and prosecution services
Austerity in a broader sense also played its part in making the job unpleasant. Interviewees, for example, mentioned a ‘disgusting’ crumbling court estate, with ever diminishing numbers of sitting days (days where a courtroom, with a judge etc. will be available) and an, at times, barely-functioning prosecution service. One interviewee recounted ‘five weeks of sheer unadulterated hell’ running a serious case on behalf of the CPS. Even those doing purely defence work cannot opt-out of working alongside these services. It is part of the job to, for example, seek disclosure of evidence from the CPS (issues with which The Justice Gap has previously reported on).

Morale
The small selection of examples above (and I expect experienced readers could add to it) already take us a long way from the popular understanding of criminal law presented in TV shows and books. This is in addition to those (involved in the business side of things – law firm partners and self-employed barristers) who simply said fee levels were so low that it caused stress and worry over running a solvent business. The result is that criminal lawyers report very low levels of morale. Interviewees spoke of being ‘ground down by various governments’ over the years, leading to a loss of goodwill. Others pointed out how the above was aggravated by the natural stresses of the job (cross-examining vulnerable complainants, dealing with clients with acute mental health difficulties etc.). The more experienced noted how many junior lawyers had already become ‘prematurely war-weary and cynical’ by their late 20s.

Getting out
So, the popular portrayal of criminal law work doesn’t always match the reality, but so what? We might say that this is the case for any number of jobs, which nonetheless do not suffer from recruitment and retention problems. Why is criminal law different?

The responses interviewees spoke of give us a clue. Put simply, unpleasant though criminal law work might be, there are a number of opportunities to get out of it. Interviewees mentioned a variety of responses to the above issues. For the more experienced, this involved taking on more (for one or two, exclusively) criminal work from rich clients who could pay lawyers higher rates. Others diversified into different areas of law, sometimes leaving crime behind completely, or doing very little of it (for interest, or because they thought it was socially worthy). Still others re-trained in other graduate careers such as consultancy, banking and financial services. There are a number of more pleasant alternatives that unhappy criminal lawyers can, and do, take up.

Final thoughts
Pay can affect how happy we are with a job. Most of us would like to live a champagne lifestyle if we could. However, what I have tried to illustrate here is that there is more to finance than how much goes into monthly pay packets. Fee levels have substantial indirect consequences on how the job is done.

In 2015, two American academics, Professors Krieger (Law) and Sheldon (Psychology) studied lawyer happiness. Having surveyed thousands of lawyers, they concluded that higher pay did not tend to make lawyers happy, rather, the happiest lawyers were those (even on low pay) who felt they had autonomy, competence and interesting work. None of the lawyers responding to my work seemed unhappy because they could not live lavishly, rather what seemed to make them unhappy was (bearing in mind the above examples) the way low fees required them to actually do the job, sometimes in ways they considered inadequate or inappropriate. It may be the other side of the Atlantic, but that seems to match quite closely with Krieger and Sheldon’s concerns about autonomy and competence.

So, it is not greed, it is dissatisfaction with necessary ways of working. With the above alternative jobs though, why does it matter? For those lawyers leaving or diversifying, it was of course a shame to give up on a profession that they liked, but most felt positive about their future prospects. What is more concerning is what they leave behind. Publicly funded criminal defence matters. Potential offenders and victims in the criminal courts can be some of the most marginalised and downtrodden. As a minimum, they should be dealt with fairly and respectfully by people who know their case and can deal with the myriad of personal issues that can arise. It cannot be right that important legal services are left to a cadre consisting of the stressed, the overworked and the disillusioned.

Dr James Thornton is Lecturer in Law at Nottingham Trent University. The research mentioned in this article is published (and discussed in greater depth) in the Legal Studies journal (2020).

Dr Thornton is Lecturer in Law at Nottingham Trent University. The research mentioned in this article is due to be published (and discussed in greater depth) in Journal of Law and Society, Issue 4 of Volume 46 (2019)

Our print magazine is Proof. Contributors include Michael Mansfield QC, Bob Woffinden, David Rose, Eric Allison and Ian Cobain.
Buy Proof Magazine
The latest issue (Why legal aid matters) includes Helena Kennedy QC and Martha Spurrier in conversation, David Conn on the legacy of Hillsborough - plus how to build your own law centre.
Dr Thornton is Lecturer in Law at Nottingham Trent University. The research mentioned in this article is due to be published (and discussed in greater depth) in Journal of Law and Society, Issue 4 of Volume 46 (2019)

Law Society predicts 'market collapse' as one in 10 defence…
Barristers begin industrial action in the first of a series…
Defendants incorrectly remanded in custody as a result of a…
Criminal barristers could pursue industrial action over…
'Crumbs off the table': defence solicitors respond to legal…