Almost three weeks since the introduction of a nationwide, police-enforced lockdown, there seems to be no end in sight. The experience of self-isolation and quarantine are often likened to solitary confinement in prisons- see here and here.

In the latest episode of UNJUST (Scrubbing floors and a lot of crying), Calum McCrae speaks to Patrick Maguire and Lee Cutter – two men who experienced solitary confinement  – in prison, being locked up in a 12 by 6 prison cell for 23 hours a day.

Described as a ‘harrowing and ever-lasting’ time, the two men – both now artists – give us an insight into what it was like as young men to be kept isolated for an extended period of time.

Patrick Maguire, the youngest of the so called Maguire Seven, said that the coronavirus lockdown where people are only allowed to leave the house for ‘essential’ tasks is ‘nothing like prison, but it’s very close. This experience is definitely a window into what life is like on the inside’.

Maguire was wrongly sent to prison at the age of 14. During the first month of his sentence, he was sent to solitary confinement. ‘It still haunts me to this day. Everything in that room, that cell, was hostile to me. I wouldn’t wish it on anyone’. 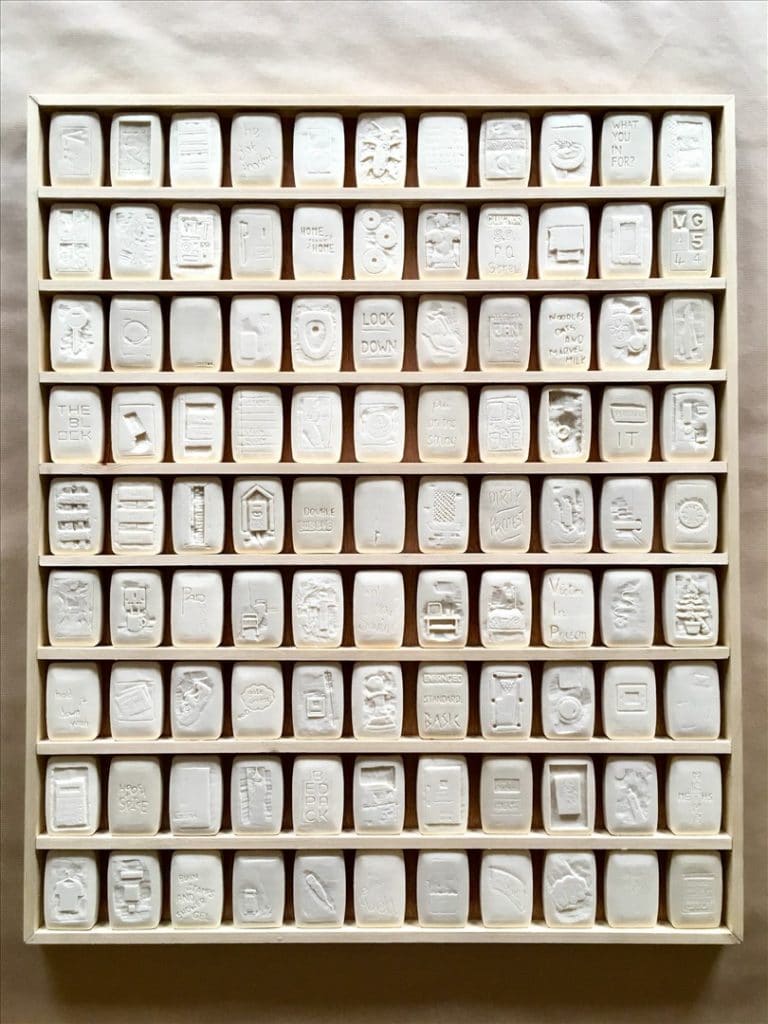 Lee Cutter was 18 years old when he was moved to solitary confinement for a total of five months, during a six year sentence. ‘At first it felt like everything was going at 100 miles an hour. I was on death’s door… everything that I had known had been erased.’

Cutter was allowed out of his cell twice a week for phone calls and showers. Food was delivered by the guards through the doors. ‘You get a piece of toast, jam, a small bag of cereal, milk, a teabag and sugar. The officer would kick them into your cell and lock you back up and then you have several hours to do as you please in your cell.’

‘That room just becomes so consuming,’ Cutter said. ‘Being in the cell the whole day you would get anxious when an officer would walk past, hear the keys by the doors.’

Cutter believes that it was the discovery of art that got him through his five months. ‘Art was giving me a focus – keeping my brain active.’

When the lights went out, Patrick Maguire’s cell  was a illuminated by a red glow indicating that he was being monitored for being at risk of suicide. The use red and cell-like structures are a feature of his art. ‘I can see [the red] burning now just thinking about it. That light. And the more you struggled against it or cried out, not loud but loud enough that you can hear it but it’s not to be heard but tears, and you’re crying…The more that you seem to do that, the hotter and brighter and all of a sudden you’re cocooned in this f*****g redness. The darkness itself was taken away.’

‘I constantly find myself walking into solitary because that’s where the art is. There’s no art school in the world… you might be able to draw a straight line but you wouldn’t be able to get the stuff that I draw in there.’
Patrick Maguire

UNJUST PODCAST: Prisons and Covid-19 'the perfect petri…
Woman prisoner with brain injury held in solitary…
Prisoners faced ‘significant human rights concerns’ during…
Use of solitary confinement for prisoners ‘inhumane and…
One in 10 children in young offender institutions separated…