U-turn on role of chief coroner

U-turn on role of chief coroner

The justice secretary Ken Clarke has announced a last minute change of heart and decided to back the creation of the new office of chief coroner. It was the second significant concession this week following his decision to spare the Youth Justice Board – both featured as part of the coalition’s plan to cull the number of Whitehall quangos, writes Kim Evans.

The campaigning group INQUEST, together with the Royal British Legion, has fought a year long campaign to try to prevent the government from abandoning proposals set out in the Coroners and Justice Act 2009 saving the chief coroner role but scrapping the clauses that provide for an appeals process. Helen Shaw (below), co-director of INQUEST, argues that the 2009 Act created a ‘framework for updating our coronial system… fit for the 21st century’‚ and is ‘delighted that the government has finally seen sense’ by agreeing to establish the new office of the chief coroner. 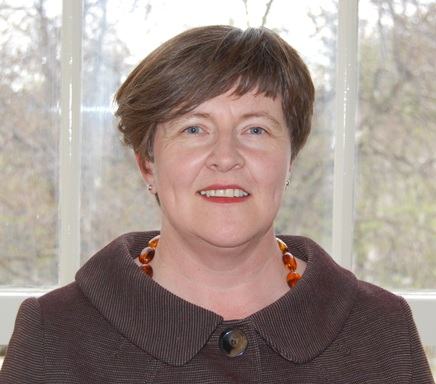 The chief coroner would be ‘best placed to make a judgment about if and how an appeals process could be established’‚ Shaw says. ‘There is such disparity amongst the way coroners operate and what people have to do where they aren’t providing an appropriate standard of management of the pre-inquest period. Solicitors have to threaten to judicially review them in order to get them to act properly. That’s complicated and means the threat could end up as a JR. Plus where families aren’t eligible for legal aid, that’s impossible [because it is financially prohibitive].’ The hope was that a new appeals procedure would ‘raise standards’ and Coalition’s failure to act ‘demonstrates a lack of understanding of how the system actually operates’, she adds.

Lawyers representing bereaved families have attacked Clarke’s refusal to allow appeals against a coroner’s verdict. Instead relatives are to be given the chance to challenge the verdict through judicial review or a High Court challenge under the Human Rights Act. The Association of Personal Injury Lawyers said the concession was a ‘great first step’ but was undermined by the refusal of the right to appeal.

‘Each year tens of thousands of bereaved families are forced to endure lengthy delays as the result of an archaic, unaccountable and inefficient system,’ says Shaw; adding that that the overdue reforms could be ‘implemented so that the coronial service can fulfill its vital function of preventing unnecessary deaths’. Under the proposed system, the new chief coroner, who would be a senior judge, could sit in place of the High Court to try to resolve any issues early and cut down on costs for bereaved families.

Helen Shaw hopes that the new chief coroner role will deliver more ‘joined up thinking’. There is currently a disparity in the way coroners operate. Coroners, who can be either a solicitor or barrister with not less than five years’ experience or a medical doctor, do not have to undertake continuing training. The Coroners’ Society website states ‘there is not one Coroner’s jurisdiction… each jurisdiction has different staffing levels for administration and investigation’. Under the new proposals, the Chief Coroner will be responsible for training and rolling out a more standardised practice. One overall head of the service can assist by providing leadership and, hopefully, a stringent review of the current system and its failings.

In September the ‘death in custody’ provisions under the Corporate Manslaughter and Corporate Homicide Act 2007 extended the legislation to deaths involving public authorities including in custody. ‘There is a greater awareness of the possibility of a prosecution for corporate manslaughter,’ comments Shaw. ‘A lot of the problems that arise in custody deaths are systemic ones. We see this legislation as making people think that because there’s the potential for a prosecution, they will have to take more seriously the inquests’ findings where problems have been pointed out.’

Is there an argument for bringing the Independent Police Complaints Commission (IPCC), given its current problems, under the overall control of the Chief Coroner? Shaw agrees that IPCC complaints involving deaths in custody and following police involvement should be separated from other types of complaints as the system was currently not working.

However she is not convinced  as to whether it would be useful to bring the IPCC under the umbrella of the chief coroner. However she said: ‘At the moment the IPCC is being obstructive about pre-inquest disclosure,’ she says. ‘They are saying we cannot disclose that evidence because it’s down to the coroner, which is legally wrong. Having a chief coroner will back up individual coroners in taking a more robust approach to how the IPCC operates before an inquest.’

Bereaved families should have ‘an automatic right’ to legal…
Supreme Court lowers standard of proof for inquest…
Air pollution a factor in girl's death, inquest finds
Luke Naish: 'a totally unacceptable loss of life that could…
Death of a young autistic man reveals shortcomings about…