Today’s defence lawyer: zealous advocate or cog in a machine? 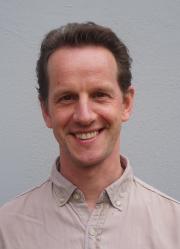 Today’s defence lawyer: zealous advocate or cog in a machine?

British politicians and civil servants have long enjoyed expounding on the UK’s proud commitment to justice – lecturing the rest of the world on how to do criminal justice. When a Brit is arrested abroad, our tabloid press frequently bemoans the terrible injustice of foreign legal systems, complaining that they don’t meet our high standards here in Great Britain. As Transform Justice’s new report Criminal Defence in an age of austerity shows, far from being a matter of national pride, our criminal justice system is fast descending into a source of national shame. 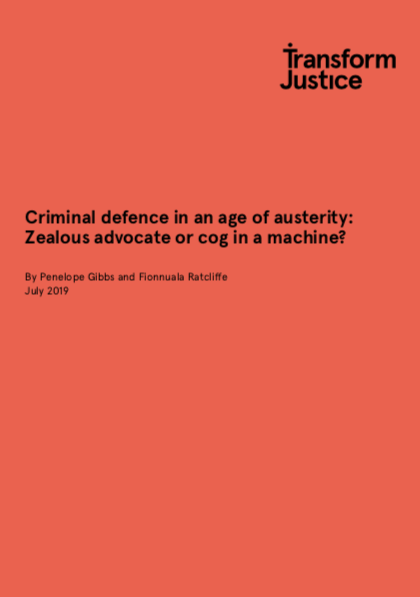 It comes as no surprise that, at a time of swingeing cuts to public services, criminal legal aid has felt the blade so keenly. People accused of crimes are vilified, presented in the British press as two-dimensional monsters, puppets in a righteous morality play. The unfair trope of the ‘fat cat lawyer’ has become so dominant that asking for reasonable pay for a lawyer’s specialist work is too easily portrayed as pigs at the trough demanding more swill.

The criminal justice system becomes no more than a machine producing ‘outputs’ (more often than not, convictions) as efficiently as possible. The lawyer’s role in ensuring justice and fairness has been overtaken by more easily measurable metrics of cost and speed. Fair trial rights and defence lawyers become bothersome ‘inefficiencies’, getting in the way of a swift conviction.

As one lawyer cited in this report reflects: ‘We can only survive by taking a factory approach… we just churn out case after case.’ Another comments: ‘[Some lawyers] see the Youth Court as a sort of production line, factory, depersonalised system.’ Flat fees, the imperative to help courts process cases swiftly and the business models that the shrinking number of firms providing criminal legal aid are adopting to survive, are reducing defence lawyers to small cogs in a machine.

The challenge is to find another, better way to define and then advocate for quality legal representation. This should not be approached from the perspective of defence lawyers, the prosecution or the courts. The criminal justice system doesn’t exist to serve them; it exists to ensure that every defendant’s right to a fair trial is protected to ensure fairness and justice. If we really believe in the enlightenment ideal that all human beings are born free and equal in dignity and rights, we must put the defendant at the centre of this discussion. After all, it is their futures that hang in the balance, their lives that could be blighted by a criminal conviction.

The fascinating comments from defendants in this report point to their wish to be treated as human beings, with dignity and respect; not as an inanimate object to be ‘processed’ through the system. Rather than defining quality legal representation by reference to its contribution to efficiency, or asking one lawyer whether they’re happy with another lawyer’s written work, we should be surveying defendants (as we do patients in the NHS): Did you trust your lawyer to represent your interests? Did they understand your needs and your case? Did they take the time to communicate with you, to listen to you? Were you given the information you needed to understand what was going on and to make decisions?

The shocking number of people who are receiving repeat short prison sentences is well-known: since 2017, for example, 339 people being sentenced had received a total of 20 or more short prison terms.This depressing waste of money – and human potential – is not only evidence that short sentences don’t work, but also points to failures in our current model of criminal defence provision. For some of the most vulnerable defendants, the current criminal case is just a small part of a complexity of issues, both legal (family, immigration, welfare) and non-legal (addiction, homelessness, mental health). No individual defence lawyer, however committed and well-resourced, could tackle all of this. For some defendants, a holistic, interdisciplinary approach is needed if we’re really to meet their needs and to address the causes of their alleged offending.

Numerous examples of holistic defence services exist in the US and their results are impressive, including the Bronx Defenders highlighted in the report. They can complement, rather than undermine, the role of the defence lawyer as we know it. For example, in Belgium, researchers and bar associations are looking into setting up offices offering this holistic approach as a service to which overstretched lawyers can refer people with the most complex socio-legal needs.

Justice and fairness are harder to measure than speed and money, but this is where we should try to relocate the debate on why quality legal representation matters. As a society, we seem to have lost sight of what the criminal justice system is for, of how much it matters. Criminal prosecutions should be reserved as the most exceptional measure to address the most severe social ills – things that threaten our safety, our security, our ability to prosper. The criminal justice system should (above all else) ensure that innocent people are not convicted of crimes they didn’t commit and rehabilitate people who have committed offences so that they can go on to lead productive lives and contribute to society. The criminal trial, with well-resourced lawyers for both prosecution and defence, should be a demonstration of the rule of law in action, of the state’s commitment to truth and justice, of its respect for both the alleged offender and victim.

Jago is the chief executive of Fair Trials, a charity which defends the rights of people facing criminal charges outside their own country. He trained and practised as a solicitor and previously worked at Liberty and as a legal specialist in Parliament. Jago has particular expertise in international and comparative human rights and criminal law

Our print magazine is Proof. Contributors include Michael Mansfield QC, Bob Woffinden, David Rose, Eric Allison and Ian Cobain.
Buy Proof Magazine
The latest issue (Why legal aid matters) includes Helena Kennedy QC and Martha Spurrier in conversation, David Conn on the legacy of Hillsborough - plus how to build your own law centre.
Jago is the chief executive of Fair Trials, a charity which defends the rights of people facing criminal charges outside their own country. He trained and practised as a solicitor and previously worked at Liberty and as a legal specialist in Parliament. Jago has particular expertise in international and comparative human rights and criminal law

'Immigration enforcement should not be outsourced to the…
Secret Barrister takes on 'fake law' and the 'lies and spin'…
Age of criminal responsibility 'out of sync' with rest of…
What is the future for legally aided criminal defence?
Where's the next generation of defence lawyers going to come…