Thrill of the chase

Thrill of the chase

FEATURE: Kim Evans reports on the tragic death of a young father after a police chase.

In the early hours of the 18th May 2008, 22-year-old Lee Lewis made a bad decision that would end up costing him his life. He took the keys to his girlfriend’s mother’s car and drove off into the night, without the headlights on. He died in hospital 12 days later from injuries he received when the vehicle sped out of control and smashed into a wall. 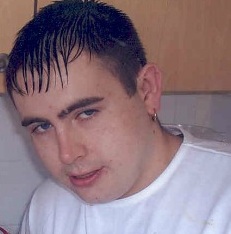 Before he died, Lee Lewis told his father and grandmother that the police officers chasing him had forced him off the road. A subsequent Independent Police Complaints Commission (IPCC)  investigation concluded in April 2009 that those police officers had indeed disobeyed orders from the control room to ‘stand down’ – in other words stop chasing Lee’s car; a sergeant who was a passenger in one of the cars involved in the chase failed to enforce the orders given to his junior officers who continued to drive at speeds they were not trained to drive at, in vehicles unsuitable for the purpose, and that during the investigation those officers gave answers about their actions that night that were ‘ambiguous’ and ‘vague’.

In pursuit
But despite chasing Lee at speeds of up to nearly 90 miles an hour through sleepy South Wales villages, those officers apparently were unable to recall what had happened during the chase. Even in the face of contradictory evidence, they refused to accept that they were involved in a pursuit of Lee’s car. By way of an explanation, they said they were unsure of the rules governing police chases despite having undergone training courses. One of the police drivers replied ‘adrenaline’ when asked why he failed to respond to the order telling him to pull over and switch his engine off.

The inquest jury’s verdict recorded on January 27th this year that the speed of the police vehicles chasing Lee was excessive for the road conditions and inappropriate given police guidelines, that the proximity of at least three of the police cars was inappropriate and unnecessary, and that none of the drivers were authorised to drive as they did.

How did the IPCC investigation punish the officers’ flouting of their own rules? Five written warnings were issued to the drivers and sergeant involved. In a press release it was said that they gave chase on the basis that Lee had taken the vehicle ‘without the owner’s permission’ – in fact they hadn’t. At the point the young man was being chased at speeds of up to 90 miles an hour the only thing police knew for sure he had done was wrong was to fail to switch his lights on, and fail to stop for police.

The press release went on to say: ‘The public perception of a police officer is an individual who gives reliable and accurate evidence. During the course of our investigation it has been disappointing that the officers actively involved in the incident found it difficult to recall distances, speeds and the actions of others. Since this incident police pursuit guidelines have been given the force of law and will go a long way to ensuring that police pursuits are carried out correctly.’

Adrenaline rush
‘Regardless of any fault that Lee was at that night, the inquest jury found that the actions of the police officers in chasing him, their speed and proximity to his car, were inappropriate and unnecessary,’ comments the family’s solicitor Glyn Maddocks, of the South Wales law firm Gabb & Co. ‘The officers flouted those rules and ignored orders telling them to stop because they were carried away on the adrenaline and the thrill of the chase. That’s the very reason these rules exist.’

‘The officers must have thought all their Christmas’ had come at once,’ Lee’s grandfather Peter Howells said, referring to the decision by the IPCC that ‘written warnings’ should be the punishment meted out to those officers whom he believes forced his grandson off the road and into a brick wall.

Howells has gone over the route a thousand times and believes his grandson was chased to his death as a result of heavy-handed policing. He points to the inconsistencies and inaccuracies in statements the officers gave to investigators and the loss of evidence from the scene of the accident due to inept handling of the initial investigation. He has lost faith in the police watchdog which he now regards as not being fit for purpose.

‘The police officers chasing Lee Lewis’ car were untrained and not authorised,’ comments Glyn Maddocks. ‘On their evidence Lee was initially driving at a relatively safe speed. If they had stopped chasing him at dangerously high speeds when they were ordered to, he would not have been driving at over 80 miles an hour when he crashed and sustained fatal injuries. The officers named in the IPCC report ignored orders to comply with a force policy put in place to protect members of the public and prevent incidents such as these.’

Glyn Maddocks points to the absence of detail in the officers’ recollection. ‘They can’t recall what speeds they drove at, halving the estimate in some cases of the actual speeds recovered from black box recording equipment in their vehicles,’ he says. ‘They can’t remember whether they had their blue lights and sirens on, who was where in the convoy, what instructions they were given by the control room, and even what those instructions meant. Little wonder that the IPCC investigators found their answers “surprising” and “difficult to understand”.’

The family is now pursuing a civil claim for damages for negligence on behalf of his six-year old son Iestyn. South Wales Police told us that ‘we’ve said all we need to say on this matter. It’s over and done with now.’ The family holds South Wales Police vicariously liable for the actions of the officers for continuing to pursue Lewis at ever greater speeds even after being told to stop. It remains to be seen whether South Wales Police, unlike their individual officers, accept the findings of the inquest and the IPCC investigation that they were in the wrong. Such an outcome would at least bring some solace for a family who believe their loved one would still be here if the officers had not acted in such a reckless manner.

You can read more about the IPCC on the JusticeGap HERE and HERE.

Episode 5: 'The louder I will sing'
Inquest into death of four-month old Alfie Gildea begins
Death of a young autistic man reveals shortcomings about…
Inquest to examine police restraint of black man in mental…
Inquest begins into death of 'high risk' IPP sentenced…