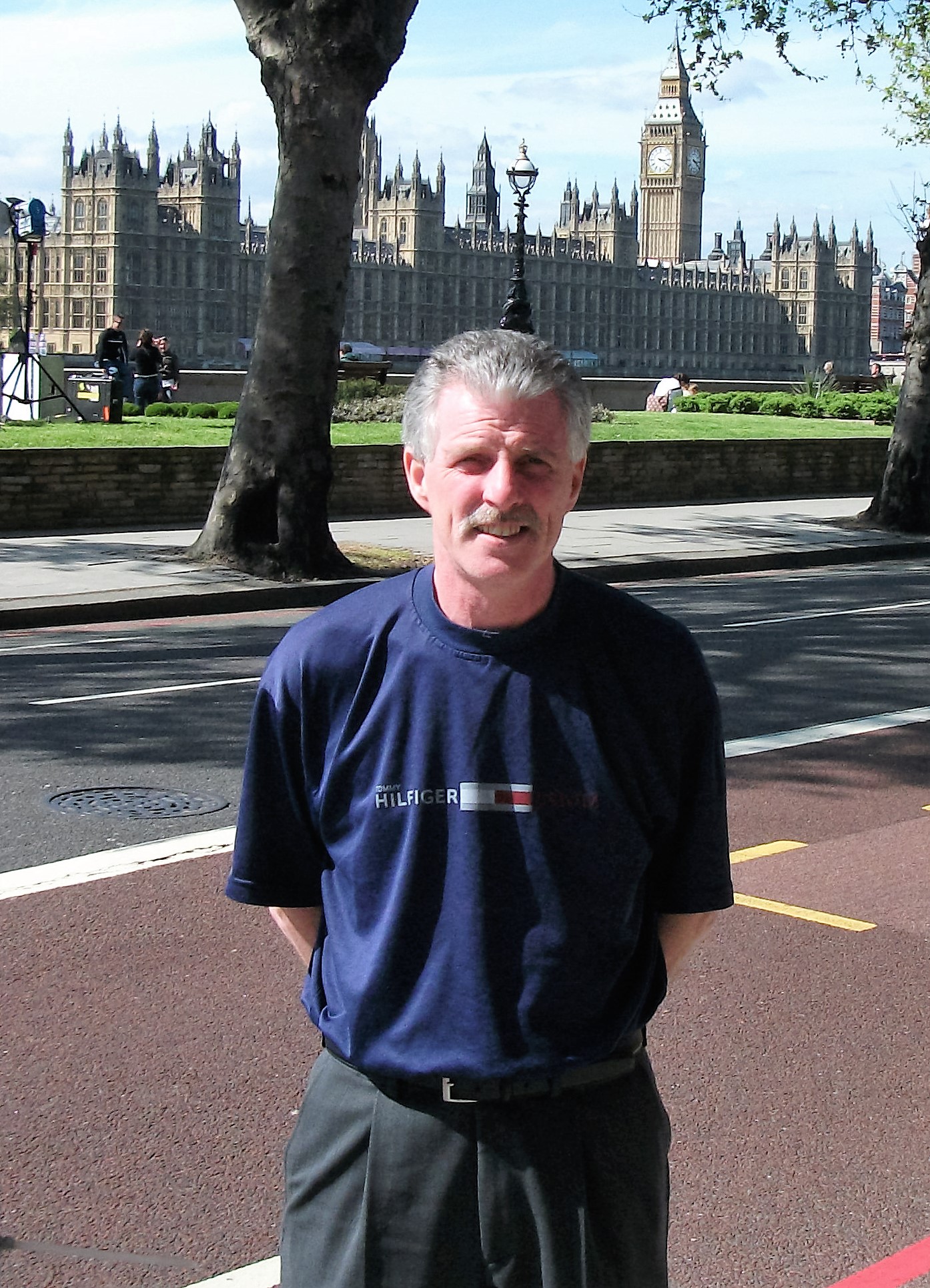 They always come good in the end, these miscarriages of justice, and – inch by excruciating inch – the case of Eddie Gilfoyle is nearing the point where the Criminal Cases Review Commission would look foolish not to refer it, and the Court  of Appeal mutton-headed not to quash the conviction.

I’ve stood in that garage where, one early summer’s evening in 1992, Paula Gilfoyle’s body was found hanging. You never forget a place which has seen sudden death, whether it’s the execution shed of a Texas prison, or the jumble of that garage, filled with Eddie Gilfoyle’s paint-pots and dust sheets, as he and his father worked to get the new house ready in time for the new baby Paula was carrying.

This was where Eddie – according to the prosecution – set up the step-ladder, and persuaded Paula to climb up to the crude noose he had suspended from one of the rafters. Paula had confided to friends that she was worried about Eddie’s odd requests, such as asking her to write out pretend suicide notes – supposedly as part of a course on suicide which Eddie was undertaking in an effort to better himself and move out of his job as a hospital orderly. And then Eddie kicked the ladder away.

Apart from the oddity of being the only known murder by hanging in Britain (with the possible exception of Roberto Calvi’s) the narrative seemed plausible enough. There were, indeed, suicide notes. There was no such suicide course. Eddie was said to have been having an affair at work. A second police search of the garage – after the first had come up with nothing suspicious – revealed another noose, supposedly one with which Eddie had been practising his knots. And what was the alternative – why would a woman who by all accounts was ‘bubbly’ with happiness at the prospect of becoming a mother choose to kill herself, with the birth a matter of days away?

You can see how it made sense to the jury, especially when Eddie – a bit of a Merseyside scally, who was felt to have married a notch above his station – was a bit vague about his timings on the fatal day. You’ll certainly never convince Paula’s family that Eddie is innocent, and I respect their loss enough not to want to try to do so.

But turn all that on its head. Yes, there were suicide notes in Paula’s handwriting, but some of them at least were undisputedly the genuine outpourings of a troubled soul – when, for instance she wrote (untruthfully, as DNA tests would prove) that the baby was not Eddie’s, and that she had been having an affair with a man called Nigel. If she was indeed worried about Eddie’s behaviour, why would she volunteer to mount his scaffold and put her head in his noose? As for the conversations with friends – excluded as hearsay at trial, but scandalously referred to in the CACD judgments to prevent ‘the suspicion arising that any miscarriage of justice might have occurred’ – isn’t the fatal danger of hearsay that you can’t test the motives or the circumstance of those involved?

Eddie’s timings?  Well, there’s a missing half hour or so after he finds Paula’s body and goes to tell his father; but to expect a man in such circumstances to behave with perfect reason is itself unreasonable. And there are unresolved discrepancies in Paula’s own timings and sightings on the fatal day.

And Paula’s apparently bubbly excitement? We now know that most suicides in pregnancy occur in the first month or in the last – when the anticipation of what’s to come veers between joy and panic.   I don’t pretend to know what went on in Paula’s mind; but her insistence on perfection – she wouldn’t move into the new home until the decorating had been completed to her satisfaction, and in her larder every tin and bottle was regimentally organised with labels turned smartly to the front – would have been sorely tested by the chaos of a first baby.

And mightn’t Eddie have been proud and excited at the prospect of becoming a father – proud enough not to commit a double killing?

It’s one of those cases which would never have been prosecuted if what we know now had been known then – and that’s especially true with the recent disclosure of Paula’s diary, with its troubling accounts of a teenage romance with a convicted murderer, a suicide note from a former boyfriend whose language bears comparison with that of her own, and the revelation of an overdose at the age of 15.

The forensic psychiatrist David Canter, whose evidence formed part of the prosecution, now has no doubt that the letters were Paula’s. The former Assistant Chief Constable of Merseyside, Alison Halford, has declared the Gilfoyle case an undoubted miscarriage of justice. Desmond Browne QC and Matthew Nicklin, my own defence team at the libel trial brought by an officer involved, were so concerned at what they learned during the civil litigation that they have heroically plunged themselves into the less salubrious waters of criminal law and are among Gilfoyle’s doughtiest champions.

And now the mystery of the diary, undisclosed for 16 years.

The Criminal Cases Review Commission can only refer a conviction where there is a ‘real possibility’ that the Court will quash it. The case has already been before the CACD twice, meaning that much of what has emerged since is spent ammunition which cannot be redeployed. There is also the perception that there can be no real possibility once the court has already shown its displeasure at a referral – a genuine flaw in the relationship between the CCRC and the court given that every campaigner knows that you have to keep sending these cases back to the Court until they get it right.

But as I said, these cases always come good in the end.  At the CCRC I was on the panel which referred David Cooper and Michael MacMahon for their sixth and successful appeal over the 1969 Luton Post Office murder. They were both dead by then. Let’s hope Eddie has a decent amount of life to live, when justice finally gives him his life back.

5 responses to “They always come good in the end”

'The whole of the criminal justice system dumped on Eddie'
IoJ conference: 'I am Eddie Gilfoyle and I am innocent'
Eddie Gilfoyle to address MPs at 'Guilty Until…
Miscarriage of justice campaigners hold silent vigil…
Government assurances sought over claims of…