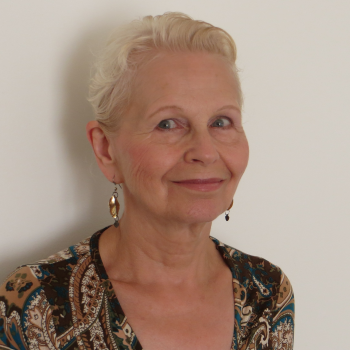 Consider these two distinct wrongs, with largely different sets of victims – but which share some common ground. One is: being sexually or violently assaulted, especially by someone more powerful than you. The other is: being wrongly accused and judged as someone who has done such a terrible deed. Each of these experiences is likely to be seriously traumatic and have possibly lifelong damaging effects.

The common ground is the heinous deed in question. Of course the exact nature and level is subject to considerable variation, with corresponding differences in consequences. At the mildest end – for example, (a) being inappropriately touched; (b) being falsely called a paedophile when no-one believes it – it is possible to over-react and overstate the wrong that has been done. Step up the seriousness a little bit, and we begin to get troubling outcomes; and the most extreme levels – for example, (a) forcing a child or adult to engage in sexual acts; (b) imprisoning an innocent person found guilty of those crimes – are among the worst experiences that can be inflicted on human beings.

Zero-sum game
While both forms of victimisation are supported by distinct professional groups and organisations, being falsely accused and being abused are two sides of the same coin. Both types of victim need to have their experiences taken seriously and believed. And that is feasible, until we start talking about the same incident – in which case it becomes a zero-sum game. Both claims can’t be true.

Hence supporters of each are likely to be oppositional. Because this type of alleged incident would not typically be witnessed nor leave behind a crime scene or objective evidence, and what people say happened or didn’t happen becomes all-important, mistakes of judgement are likely to be made.

Campaigners for innocence groups may be unintentionally supporting some who are not innocent. Campaigners for victims of child abuse and rape may be unintentionally supporting some who have erroneously or vengefully made a false (untrue) accusation. There are two types of errors here, which are analogous to types of errors anticipated in experimental science and statistical probability models.

False positives, false negatives
In the absence of absolute proof, statistical probability tests are used in science to reject the null hypothesis; and in judicial systems it has to be rejected beyond a ‘reasonable doubt’. Errors can occur in both cases if some crucial evidence is missing or when a misjudgement is made in evaluating the existing evidence. Therefore the initial hypothesis may be accepted as significant when it is not; and, in the case of a trial, the null hypothesis of innocence may be rejected for the same reasons and an innocent person found guilty. In the language of statistics, this is a ‘false positive’ or a type I error. Similarly, missing evidence or mistakes of judgement can result in errors in the other direction with a guilty person being acquitted; or with the hypothesis in a scientific experiment being abandoned even though the study was onto something. This second type of error is known as a ‘false negative’ or type II error.

Understandably, campaigners for each of these causes will not want doubts to risk adulterating their cause. Single cases of mistakes can be highly publicised and public opinion seems prone to over-generalisation. The temptation is to ignore false positives and false negatives so as not to throw doubt on those genuine cases.

So errors can be made on either side. I say ‘sides’ but these are like neighbouring communities who mostly close their eyes against each other, but when crossing paths have confrontations to challenge each other’s truth. Ironically, this absolutism rather than strengthening each case surely weakens it – because such black and white thinking is an enemy to truth and rationality. When there is no forensic proof, no proof that a crime has even occurred, as in so-called historical cases, sometimes we simply cannot ever categorically establish that we are right. That doesn’t mean we should relinquish the effort to investigate each case impartially and fully.

We are at a moment in time though when child protection and supporters of rape victims may not see the need for or value of such moderation. From the moral high ground of outrage against abuse of women and children, any questioning of assumptions can be taken as an affront.

These are shocking times. Child abuse and rape and sexual harassment are endemic, and we’ve only recently woken up to that or been able to acknowledge its prevalence. The care homes scandal in the 1990s followed closely by revelations of extensive child abuse by priests, the Soham murders by a school employee, abuse of vulnerable people in nursing homes and hospitals, and the Savile scandal and numerous other claims of historical child abuse.

No wonder there is a now a sense of collective guilt, an urge to make recompense by never again disbelieving people who claim abuse and a determination not to allow the same mistakes to occur again. That means no more cover-ups, no more denials, no more suggestion that anyone could be lying or wrong. In consequence, any doubts about the veracity of abuse claims now seem wrong.

In that case, what hope for the falsely accused? If the default belief is that anyone claiming to be a victim of abuse is indeed a victim, the denial by the accused is not only a lie, it is tantamount to a further offence adding to the suffering of the accuser. Indeed, to consider the plight of the wrongly accused or to be seen as concerned about such an outcome may seem inappropriate – that’s if it is even allowed that someone accused of rape or historical child abuse could be innocent.

More than a willingness to err on the side of type I errors in bringing a guilty verdict, there is increasingly an unwillingness to recognise that such errors can be made. The accuser is unquestionably a victim of abuse. The mistake in the past has been one of incredulity. Abused children were told no-one would believe them and that things would only be worse for them if they spoke up. Women who were raped were not believed when they complained, and the tendency to blame them or deny that rape had occurred and call them liars added to their suffering. Now we all know better, and in place of the denial is a corrective to have learned the lessons from the past, never to make it again, which means not questioning the accuracy of claims.

As well as correcting the past by a default belief that allegations of abuse are true, we are now convinced of the commonness of such kinds of abuse, that it is endemic in some professions, and that there is indeed a paedophile on every corner that would act on those impulses if left alone with a child.

No-one would question the need to make every effort to prevent child abuse from occurring as far as is humanly possible. If there had to be a trade off between different categories of possible victims, it seems right to prioritise children. Our compassion and sense of moral outrage can’t be reserved only for children though. Some plights for adults are every bit as intolerable: for example, lengthy imprisonment of people who haven’t committed any crime.

For anyone who might think that is a price worth paying to redress the evil of child abuse, then consider this. The children of people who are falsely accused of child abuse and sexual crimes do themselves become victims of a form of child abuse – not by their innocent parents, but by others who condemn and hate their presumed guilty parent. The revulsion and hostility against sexual crimes and child abuse is visited upon their families. Their children are forced to imagine their parent committing those deeds, to bear the insults of their school friends, and the loss of their normal relationship with that parent now imprisoned, perhaps to choose between loyalty to that parent and the company of their peers. When a father or mother is imprisoned as a ‘nonce’, guilty or innocent, no child is likely to recover from that.

Dr Ros Burnett is a senior research associate at the centre for criminology, University of Oxford. Her books include Joined-up Youth Justice; Where Next for Criminal Justice? and Wrongful Allegations of Sexual and Child Abuse. She is a research consultant to FACT (Falsely Accused Carers, Teachers and other professionals) and an associate editor of the International Journal of Offender Therapy and Comparative Criminology

Our print magazine is Proof. Contributors include Michael Mansfield QC, Bob Woffinden, David Rose, Eric Allison and Ian Cobain.
Buy Proof Magazine
The latest issue (Why legal aid matters) includes Helena Kennedy QC and Martha Spurrier in conversation, David Conn on the legacy of Hillsborough - plus how to build your own law centre.
Dr Ros Burnett is a senior research associate at the centre for criminology, University of Oxford. Her books include Joined-up Youth Justice; Where Next for Criminal Justice? and Wrongful Allegations of Sexual and Child Abuse. She is a research consultant to FACT (Falsely Accused Carers, Teachers and other professionals) and an associate editor of the International Journal of Offender Therapy and Comparative Criminology

Traders fail in their challenge to resIst Latin Village…
Miscarriage of justice watchdog refers conviction 13 years…
More than a third of black and minority ethnic prisoners at…
#Jamaica50: 'Our belief about our place in this country has…
Use of restraint ‘daily occurrence’ in mental health…