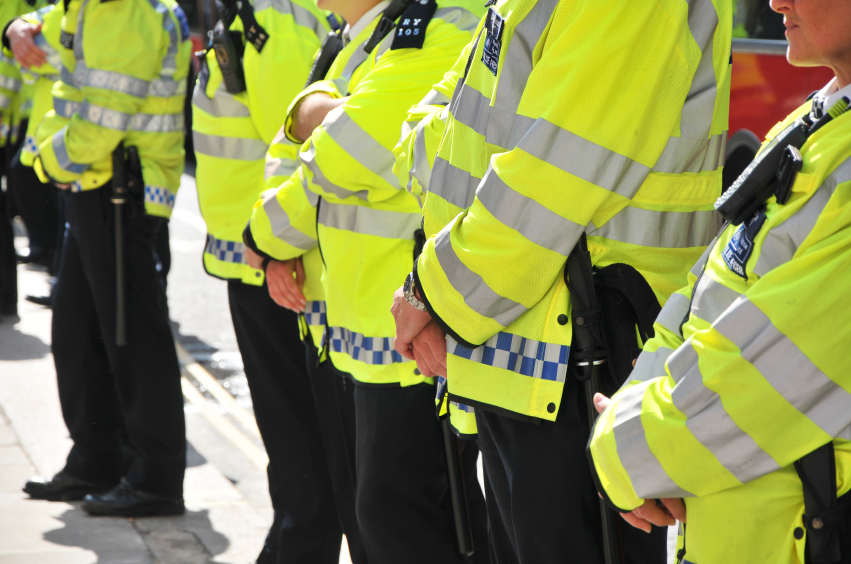 The Equality and Human Rights Commission reported this week that the police were 28 times more likely to use stop-and-search powers against black people than white people.

‘It seems to me as a member of the public, I had no rights whatsoever. Whether you have something to hide or not, you are treated as a criminal. I have totally lost my faith in the police when it comes to asking for their help.’
Anthony Frederick

Aaron Sonson, Satwant Singh Kenth and Gregory Paczkowski, were set the challenge of designing an app that would help solve a community problem. They were on a course called Apps for Good, run by the non-profit organisation the Centre for Digital Inclusion. Some 21 problems were shortlisted but the three friends, who had all been stopped and searched a number of times, came up with the Stop and Search app.
Jon Robins

If black people were stopped and searched at the same rate as white people in 2007/2008, there would have be around 25,000 stops and searches of black people. Instead, there were over 170,000.
The Equality and Human Rights Commission

The watchdog will be writing to police forces with ‘the most concerning statistics to gain a better understanding of how they are meeting their obligations under the Race Relations Act’. ‘We cannot rule out taking legal action against some police forces,’ it added.

If you are stopped you should record the details of the officers and what happened:

Thanks to Tuckers solicitors for letting us use their Stop & Search: Know your rights guide.

When can the police search me?
Police officers have the power to stop, detain and search you without arresting you in a number of situations (there are different rules for stopping and searching vehicles and these are set out at the end).

Laws such as the Police and Criminal Evidence Act 1984 (PACE) and the Misuse of Drugs Act 1971 set out the circumstances when an officer can legally search you.

An officer must suspect that:

An officer must also have reasonable grounds for their suspicion that you have a prohibited item on you. For example, your behaviour could be taken as a sign that you are in possession of a prohibited item. See the exception for section 60 searches covered below.

An officer must not base their suspicion on your race, colour, age or the way you dress.

Where should the search take place?
PACE permits the police to search you in most public places.

If you’re searched in a public place the police can put their hands in the pockets of your outer clothing (jacket etc) and feel around inside your collar, socks and/ or shoes, if this is reasonable and necessary in the circumstances (for example if the police are searching you for drugs). The police are also allowed to search your hair in public.

If the police wish to carry out a more thorough search, such as asking you to remove (or partially remove) your jumper, t-shirt or trousers this must be done out of public view, for example in a police van or at a police station.

If the police are searching you under Criminal Justice and Public Order Act, section 60 they can also ask you to remove facial coverings (such as a scarf) if they reasonably believe you are wearing it to conceal your identity.

What about strip searches?
The police cannot conduct a search that involves exposing intimate parts of the body in a police van. This should be done by an officer of the same sex as you and should normally be at a police station.

What should the police tell you?
When you are stopped you have a right to be given certain information:

Should you be given a record of the search?
When you have been searched:

The officer ‘must make a record of it at the time, unless there are exceptional circumstances which would make this wholly impracticable’.

Immediately after the search is completed you should be given either a copy of the record of the search or a receipt telling you where you can obtain a copy of the full record or access to an electronic copy.

If a record of the search is not made immediately it should be done so as soon as possible after the search and you can request a copy of it within three months.

It is always a good idea to obtain and keep a copy of the search record.

You do not need to give your name or address when being searched under PACE or section 60.

You should be told if you are being searched under section 60.

What if you are driving and the police stop you?
If you are driving, a police officer in uniform can order you to stop at any time without giving reasons. It is a criminal offence not to stop.

If the police wish to search your car they have to have reasonable grounds to suspect that they will find stolen or prohibited articles.

What happens if you get arrested?
If you are arrested you should be taken to a police station.

You have the right to free and independent legal advice.

Always ask to speak with a solicitor before answering any questions

If you are under 17 years old you should not be interviewed without an appropriate adult (this should be someone in addition to your solicitor).

15 responses to “Stop and search: know your rights”