Security versus Article 8 – how far is too far?

Security versus Article 8 – how far is too far?

First newspaper phone hacking scandals, now mass surveillance. The debates are raging; are the secret services any better than the papers? And how do these actions sit alongside Article 8 of the European Convention of Human Rights? 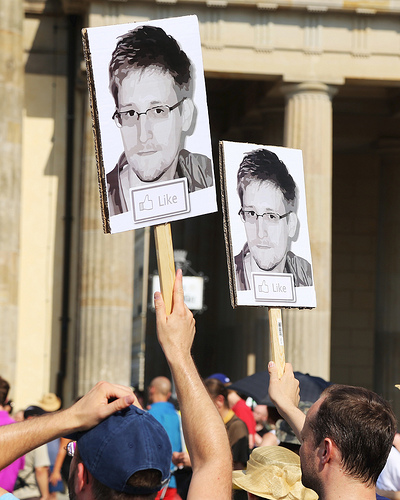 The measures taken by various countries around the world to ‘spy’ on their enemies, neighbours or allies was revealed by CIA contractor, Edward Snowdon, at the beginning of October.

Since these revelations vast, complex and intricate patterns of surveillance have unravelled especially within America and Britain. While we may not like it, every country’s intelligence service exists for the protection of its people, for national security and protection against terrorism. But how far is too far? Does the right to privacy hold any meaning any more? And do these revelations irrevocably damage temperamental relationships between countries?

Law on privacy: UK and Europe
Article 8, European Convention of Human Rights is the law in the UK that guards the right to respect for private and family life, home and correspondence.  Article 8 protects the private life of individuals against arbitrary interference by public authorities and private organisations such as the media. It covers four distinct areas: private life, family life, home and correspondence.

However Article 8 is a qualified right, so in certain circumstances public authorities can interfere with the private and family life of an individual. These circumstances are set out in Article 8(2). Such interference must be proportionate, in accordance with law and necessary to protect national security, public safety or the economic wellbeing of the country; to prevent disorder or crime, protect health or morals, or to protect the rights and freedoms of others.

Under UK law the idea surrounding private life was based on the classic civil liberties notion that the state should not intrude into private areas without strict justification. But following recent events there are now many who feel that the current legal and regulatory system is not providing adequate protection for privacy. Britain’s legislation relating to information privacy and surveillance is patchy, and in some areas there is no protection against infringements.

The Regulation of Investigatory Powers Act 2000 (RIPA) controls, among other things, covert surveillance. Together with associated secondary legislation and codes of practice, it provides a framework designed to ensure that public authorities comply with the European Convention on Human Rights. Nevertheless due to current GCHQ practices privacy groups have been calling for a review of the law on surveillance as it appears Article 8 is in danger of being disregarded.

US
America follows different laws to the United Kingdom, it has a Constitution of its laws protected by the state. The right to privacy is not mentioned in the Constitution, but the Supreme Court has said that several of the amendments create this right. One of the amendments is the Fourth Amendment, which is: ‘The right of the people to be secure in their persons, houses, papers, and effects, against unreasonable searches and seizures, shall not be violated, and no warrants shall issue, but upon probable cause, supported by Oath or affirmation, and particularly describing the place to be searched, and the persons or things to be seized.’

America, the NSA and the CIA
Among the onslaught of information regarding America’s surveillance, recent claims have emerged that NSA and CIA staff have been spying on German Chancellor Angela Merkel. A report in German Newspaper Der Spiegel suggests this may have been going on for a long as 10 years.

On Radio 4’s Today programme German MP and member of the European Parliament, Axel Voss, said they are not satisfied with America’s justification. He went on to say that spying should be limited to, ‘real suspects and not everyone else’. Repeating that there was a ‘fundamental difference regarding rights’ between their countries’ policies Voss admitted that their relationship with America is permanently damaged by the intrusion.

Why America felt this surveillance was necessary is still unclear. All that remains evident is that US politicians and secret services believe that, ‘regulating leaders intelligence is a fundamental part of what they do’, proving they really do see nothing wrong with it.

America’s intrusion however does not it seem rest with Germany. Der Spiegel reported that while NSA and CIA staff were tapping into Berlin’s Government with a, ‘not legally registered spying branch in its US embassy in Berlin’, these branches exist in up to 80 locations around the world. The truth of this claim has not been discussed by the White House or German officials, but after 10 years of tapping Merkel’s phone, unfortunately these claims do not seem entirely unbelievable.

Britain – GCHQ
The extent of Britain’s surveillance has also been under attack only a week ago when it emerged that the GCHQ repeatedly voiced its fears of a ‘damaging public debate’ surrounding the scale of its activities.

The UK Intelligence Memos disclosed by Edward Snowden show that telecoms firms had gone far beyond what they legally needed to do to help intelligence agencies’, both in the UK and overseas. Also GCHQ itself feared a legal challenge under Article 8 of Human Rights Act if its surveillance methods became known and admissible in court.

As it stands three privacy advocacy groups; The Open Rights Group, English PEN and Big Brother Watch have challenged GCHQ’s internet surveillance programme in the European court of human rights. They argue that the programme, known as, ‘Tempora’, is unregulated, unmanaged and a challenge to Article 8, right to privacy.

One of GCHQ’s prime reasons for wanting to keep its relationships with telecoms firms private was fear of diplomatic repercussions. America’s relationship with Germany is already classed as permanently damaged, Britain now needs to tread very carefully to avoid further diplomatic rows surrounding its security services.

The balance of protection and privacy
Protection, security, anti-terrorism are all issues at the forefront of the public’s mind. The so called, “on going war with terror,” is one which we gift to our security services to protect us from, and criticise if they do not do so quickly or effectively enough.

Former intelligence services commissioner Lord Carlisle, recently criticised the Guardian Newspaper for its reporting on the GCHQ and NSA mass surveillance claims, going so far as giving a public lecture condemning the papers decision to publish the stories. But as with all things a balance must be struck between the ‘good’ of freedom of privacy and speech and the necessary ‘bad’ of surveillance and protection.

Shami Chakrabarti, Director of Liberty and Anthony Romero Executive Director of the American Civil Liberties Union commented in a joint statement they issued that in Britain: ‘journalists who dare to question the secret state are accused of aiding the enemy. A balance must of course be struck between security and transparency, but that cannot be achieved whilst the intelligence services and their political masters seek to avoid any scrutiny of, or debate about, their actions. The Guardian’s decision to expose the extent to which our privacy is being violated should be applauded and not condemned.’

We supposedly live in a democratic society, thus we do have the right to know and understand who is watching us and why. The current press regulation row is only proof that no profession, group or service should have endless power to do as they please. But the government needs to be careful not to be seen as taking away Article 10 Freedom of speech from the papers and Article 8 right to privacy due to surveillance. While some secrecy is needed and necessary to protect, a balance needs to be struck. Chastisement of the papers by the government is in full swing right now and towards the guilty parties rightly so, but unnecessary spying also needs more attention.

Impact on relationship with Europe and the rest of the world
Also angered by America’s actions it seems is the Brazilian president, Dilma Rousseff, who cancelled a state visit to Washington after revelations of the extent of the NSA’s interference in Brazilian communications data.

So it seems Europe is taking action. Germany and Brazil are now coming together to spearhead efforts to protect the privacy of electronic communications. They aim to draft a UN resolution calling for right to privacy on the Internet. While it may not be binding, it would be seen as one of the strongest criticisms of American prying to date.

After a warning by EU leaders that the ‘international fight on terror was being jeopardised by the perception that mass US surveillance was out of control’, Germany and France have come together in an attempt to make the NSA sign a code of conduct on its intelligence operations around the European Union.

The countries have demanded that the Americans agree to the new rules by the end of the year with Merkel adding that she wanted action from Obama, not just apologetic words.

America’s response? To defend the NSA’s actions, insisting they are necessary to effectively fight terrorism, but also stating they will examine; ‘countries’ concerns as part of an ongoing review of how the US gathers intelligence’. Too little too late maybe, and with Obama avoiding the topic or acknowledging the extent to which he knew this was going on it will be a wait and see scenario on whether action will be taken.

Thus it seems that what is deemed proportional surveillance will rage on for some time to come.

One response to “Security versus Article 8 – how far is too far?”