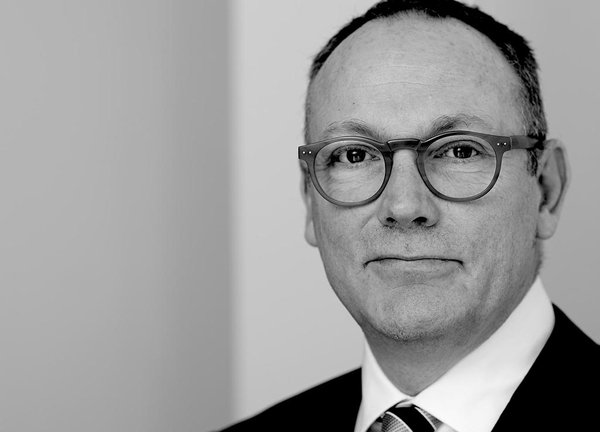 'Not fit for office': Ben Emmerson QC on Sajid Javid

Sajid Javid’s decision not to oppose the death penalty for two Islamic State members is a ‘dramatic reversal’ of British policy, according to the human rights lawyer Ben Emmerson.

The Home Secretary Sajid Javid has proved himself to be ‘unprincipled and unfit to hold one of the great offices of state’ after turning the UK’s back on opposing the death penalty, according to the lawyer. Ben Emmerson QC said that Mr Javid’s decision to provide evidence on two British men, members of the Islamic State, without seeking assurances that they would not be given the death penalty if extradited and convicted by the US, was ‘immediately and utterly corrosive’ to Britain’s reputation on protecting human rights.

El Shafee Elsheikh and Alexanda Kotey were captured by Kurdish forces in Syria in January. Part of a group of British Islamic State members nicknamed the ‘Beatles’, the two men beheaded and tortured a number of British and American hostages, the US believes. Both have now been stripped of their British citizenship.

In a letter to US Attorney General Jeff Sessions in June, Mr Javid said: ‘I am of the view that there are strong reasons for not requiring a death penalty assurance in this specific case, so no such assurances will be sought.’

Speaking at a lecture hosted by the Howard League for Penal Reform on Monday, Emmerson referred to Mr Javid’s decision as an ‘awful action of collaboration with the swivel-eyed hawks of the Trump administration’. The UK Government has upheld a principled opposition to use of the death penalty for many years and has sought assurances from foreign governments that suspects will not be executed in cases where the UK agrees to provide information or to extradite them.

Emmerson said Britain had been central to the international abolition agenda and that ‘progress has been slow but undeniable’. But that ‘the leadership role proclaimed by the UK in that campaign ground to a resounding shudder when Sajid Javid allowed himself to be badgered, cajoled and seduced’ by Mr Sessions ‘to abandon one of this country’s core human rights provisions’.

In his six years as the UN Special Rapporteur on Counter-Terrorism and Human Rights, he said the fact that he is British always came up early on in discussions and enabled him to be taken seriously because of the UK’s reputation for upholding the rule of law. ‘We are back to the days where the position of the British government could be summed up as ‘don’t do as I do, do what I tell you’,’ he added.

The Government has said that Javid’s decision in this case does not represent a change in UK policy on the death penalty, but, as an exceptional case, it is ‘a priority to make sure that these men face criminal prosecution’. Emmerson warned that making an exception in one instance compromised securing assurances in future cases and that ‘there is no moral equivalence in executing the executioners’.

The barrister, who represented the family of the murdered former Russian spy Alexander Litvinenko, called on Theresa May to establish an inquiry into Javid’s decision. A judicial review brought by the mother of El Shafee Elsheikh was heard last week at the high court, with a judgement expected at a later date.

The death penalty was abolished in Britain in 1965.

Follow me on Twitter for prisons and criminal justice updates @Hardeep_Matharu. This article first appeared on www.byline.com.

'Shamima Begum should be made to face British justice. Not a…
Anti-abortion activists lose appeal against council’s…
'Shamima Begum was stripped of her citizenship because it…
Slaying the Tory dragons: first the EU, then its human…
'Home Secretary is one of the most challenging jobs. It's a…